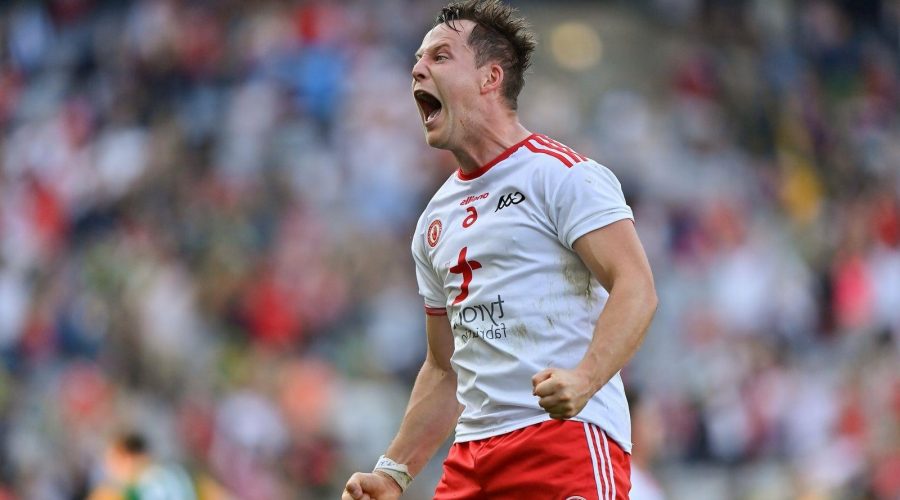 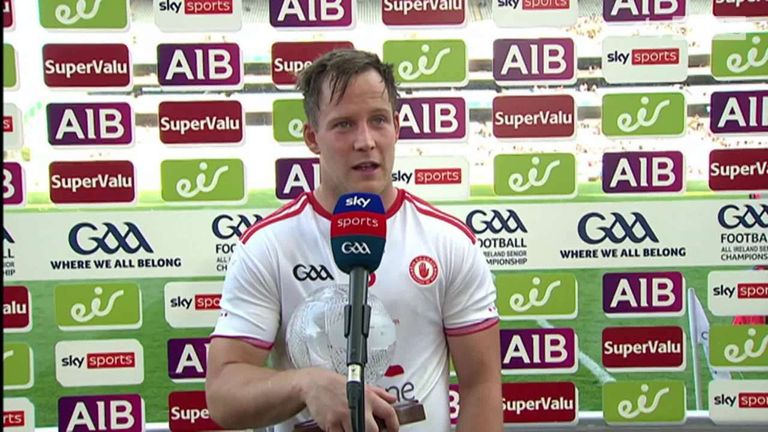 Kieran McGeary could not hide his delight at full-time.

He had just put in a man-of-the-match performance to help Tyrone to their first championship win over one of Dublin, Mayo and Kerry for the first time since 2008.

And the Red Hands are into the All-Ireland final where they will face Mayo in two weeks’ time.

“I cannot wait,” he told Sky Sports after the match. “They (Mayo) will be buzzing, we’ll be buzzing. 2021 holds a new winner, and that’s what a lot of people wanted to see. So bring it on!” The Ulster champions were forced to dig deep in the contest, forcing extra-time before they stormed to the victory – all with the backdrop of a difficult build-up, during which the game was twice postponed due to a Covid-19 outbreak in the Tyrone squad.

“It’s incredible,” McGeary said. “What a fight it was. Everybody wanted this game to happen, if it was an extra six days or an extra 60! For the exhibition that was put on today, the skills, the scores, the heart, the passion, who wouldn’t have wanted to see that?

“Regardless of the scoreline, both teams are walking out of here today with their heads held high. And that’s what the GAA is all about.”

So what pushed them over the line?

“Do you know what? The crowd, they keep pushing you on all the time,” he said. “The big moments in a game, probably over 100 of them in the 100 minutes, you can’t remember them. You just play in the moment. The feeling is exceptional. I know we’ll regroup, we’ll break it all down. But we’re just so glad to be back in a final.

And now Tyrone are on the cusp of just their fourth ever All-Ireland title.

“Today has been massive, and that was our only focus. We never looked a second beyond that,” he continued. “The two semi-finals have been incredible. I was on the edge of the sofa myself for the Mayo-Dublin game. I’m sure this game was the exact same. It’s going to be an incredible final.”