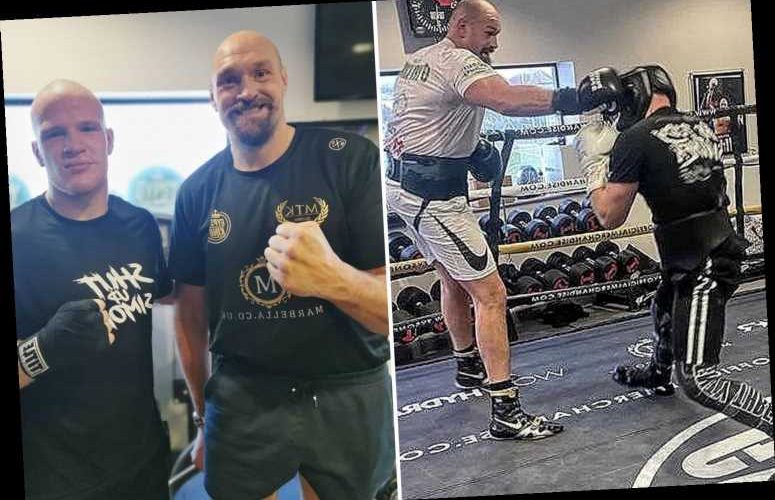 TYSON FURY is gearing up to face Anthony Joshua in their eagerly-anticipated undisputed title bout by sparring with amateur boxer Aleksandar Mraovic.

The 32-year-old is expected to face his British rival in the summer in the first of their two contests after agreeing a two-fight, £500million deal. 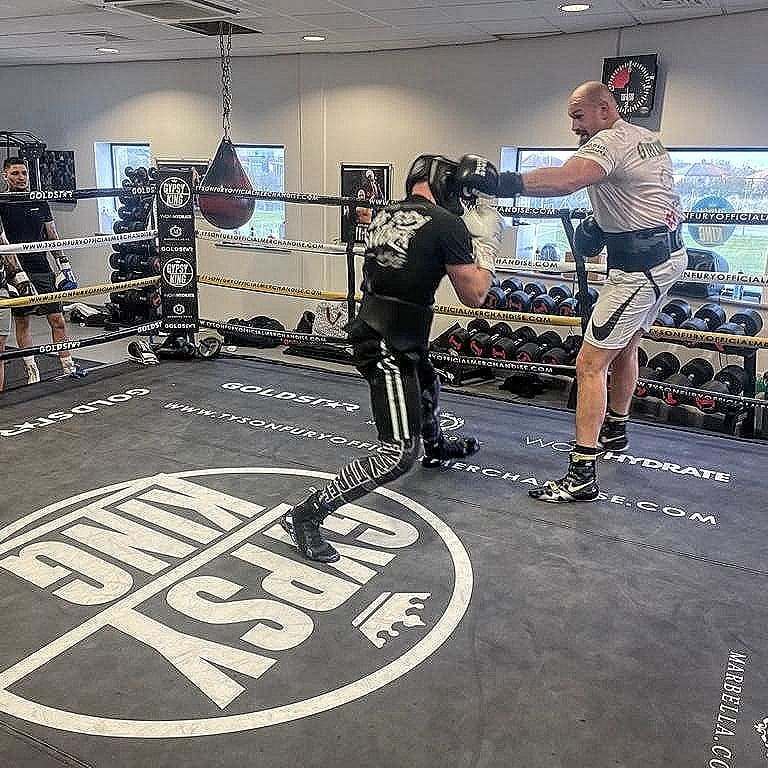 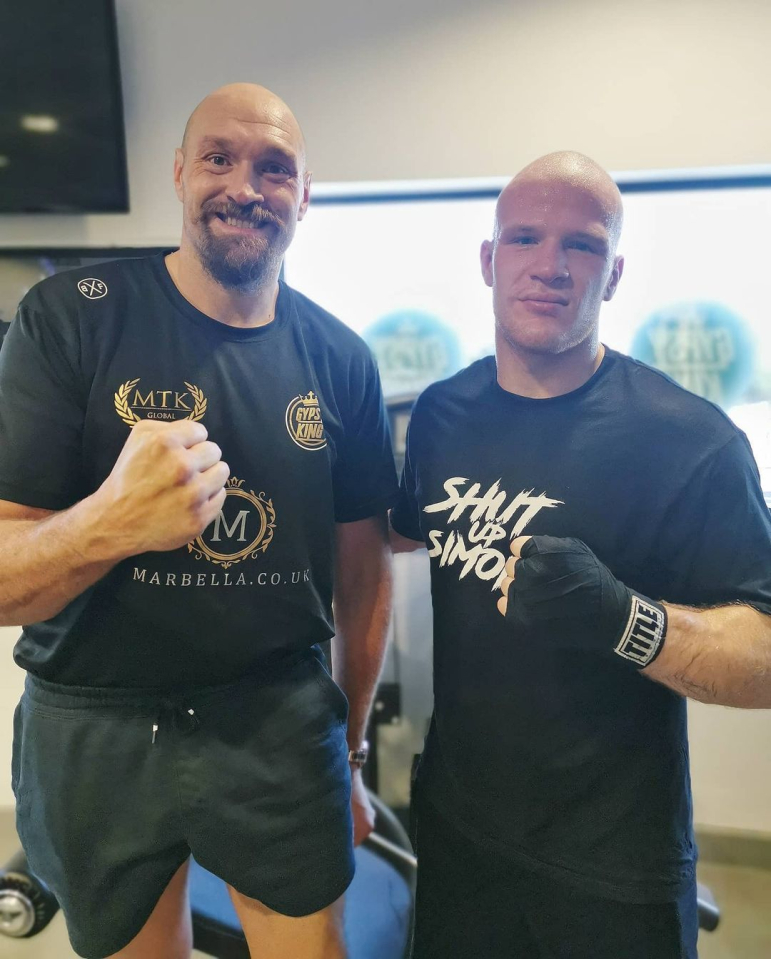 A venue and date is still needed to be sorted out, with Matchroom promoter Eddie Hearn declaring Wembley and Saudi Arabia are two potential options.

Despite the uncertainty of where he will be pitting his wits against AJ, Fury- who fans have joked has edited his rivals Wikipedia page – is keeping focused as he continues to train.

Fury is currently training in Morecambe before he heads out to Las Vegas to link up with trainer SugarHill Steward.

With Steward out in America, Andy Lee has been putting the unbeaten Mancunian through his paces, with Fury looking trimmer than ever.

As a result, the WBC heavyweight champion has been training alongside Joseph Parker, who has teamed up with the Irishman following Fury's recommendation.

And New Zealand's Parker has seemingly recruited Austrian amateur Mraovic, 24, to prepare for his upcoming bout against Derek Chisora on May 1.

But Mraovic hasn't just been doing rounds with the ex-WBO champ, but also with Fury after he posted a snap on Instagram of the pair inside the ring battling it out.

Captioning the upload, he said: "Nobody can take this moment away from me, thank you @gypsyking101." 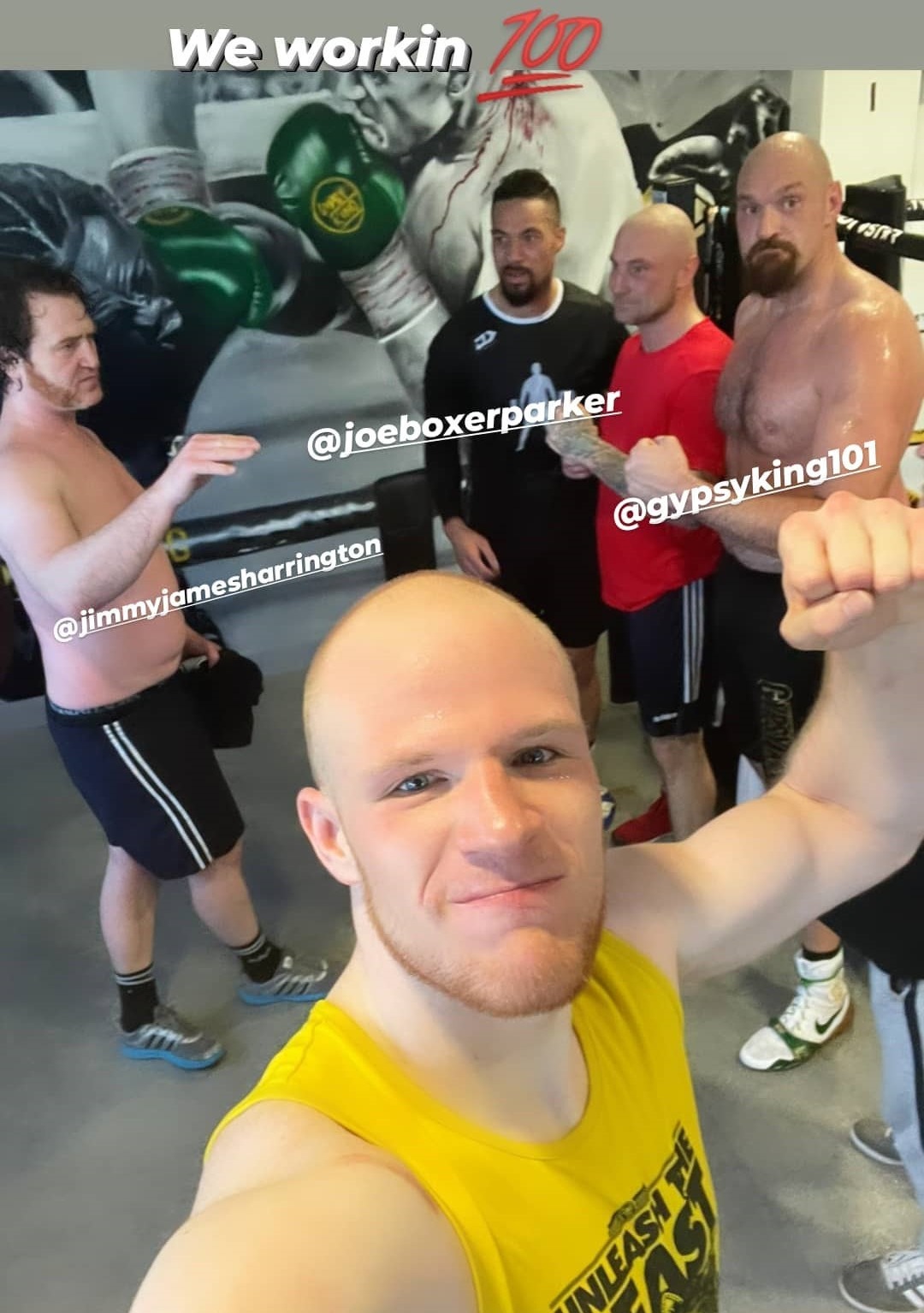 Mraovic then shared a picture of him alongside both Fury and Parker on his Instagram story.

He has previously sparred Dillian Whyte, and the Body Snatcher was on hand to comment on Mraovic's post.

Meanwhile one fan commented: "Ohhh man you are so lucky."

Another quipped: "Take his championship belt and run brother."