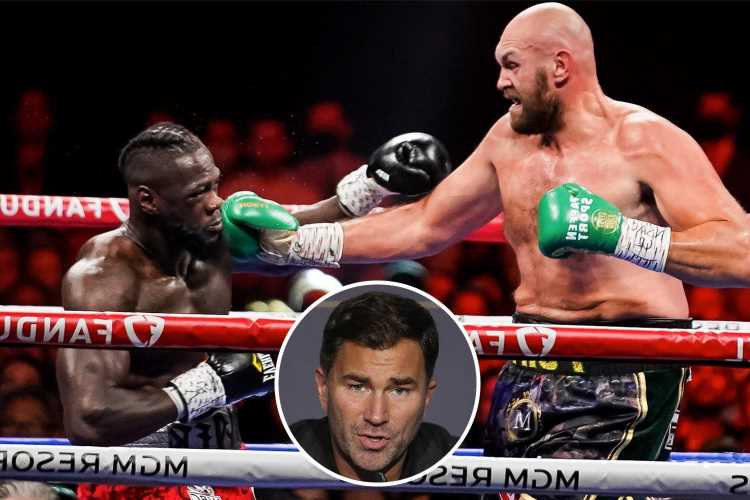 EDDIE Hearn has claimed Tyson Fury still has work to do if he want to be considered an 'all-time great'.

Fury spectacularly knocked out Deontay Wilder in the pair's epic trilogy fight last week, but has not fought a different opponent since beating Otto Wallin in 2019. 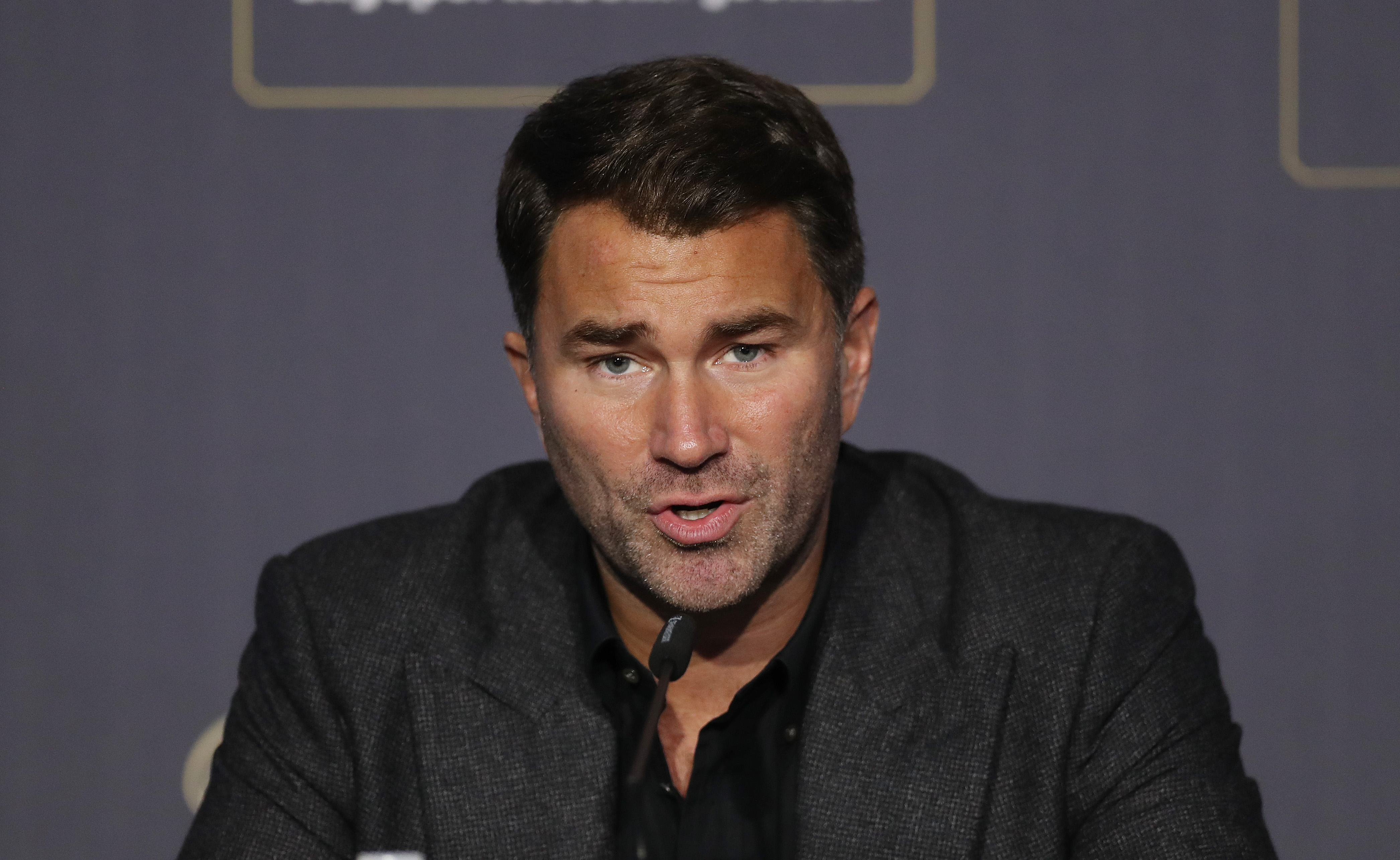 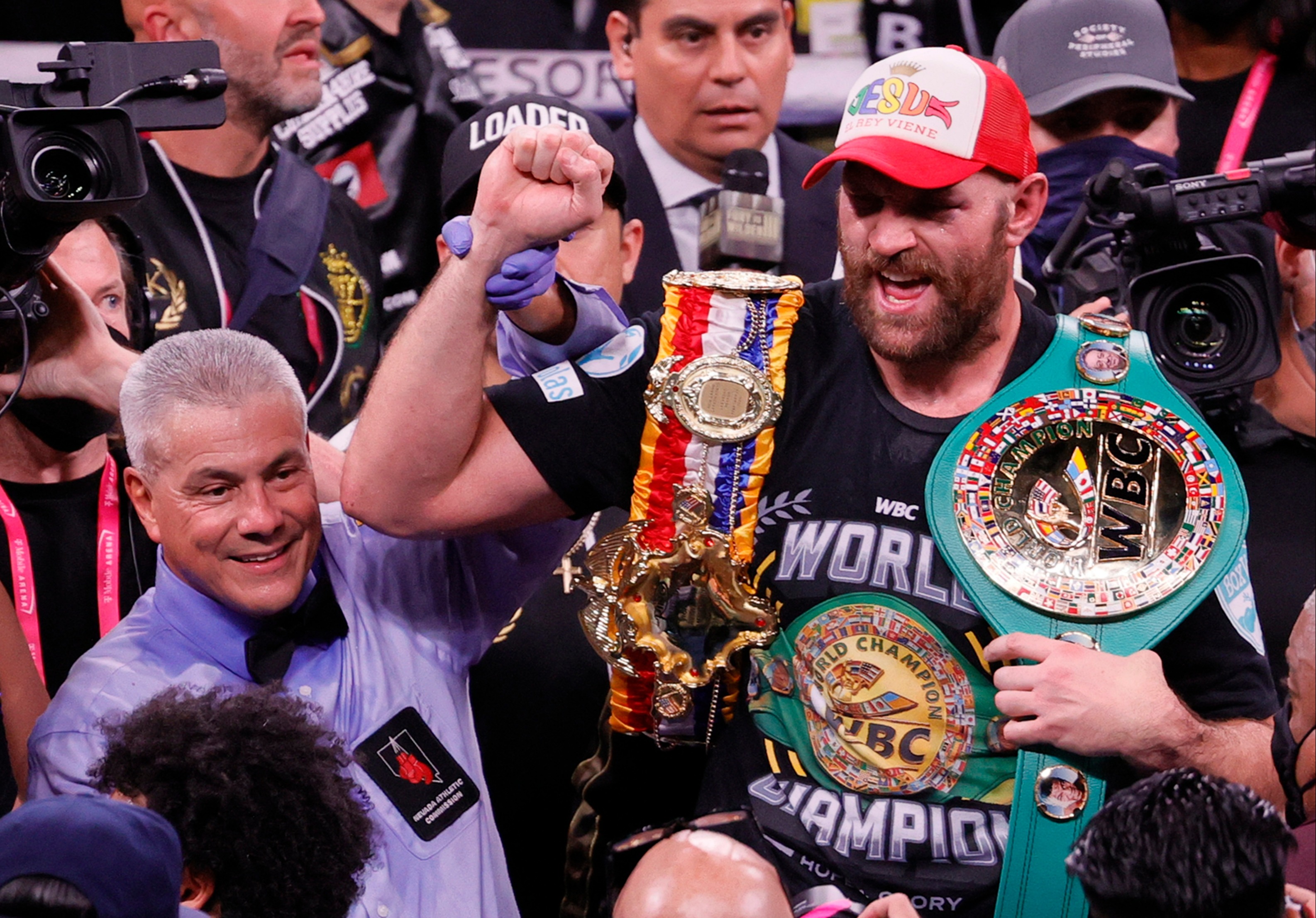 And speaking to iFL TV, promoter Eddie Hearn claimed there's still plenty of opponents The Gypsy King needs to defeat for him to go down in history.

Hearn said on Fury: "He's only beat one guy in the last three years.

"Maybe he beats everybody and goes down as one of the great heavyweights of all time, but to do that you have to beat the fighters of your era.

"You can't just fight one guy, so he needs to fight AJ, [Oleksandr] Usyk, Dillian [Whyte]."

Whyte takes on Otto Wallin at the O2 on October 30, with the winner set to take on Fury as mandatory challenger for his WBC heavyweight title.

"He may become a Lennox Lewis, a Joe Louis, or a Mohammed Ali of that generation.

"But to do it you can’t just beat one guy in three years, you've got to fight the other contenders and talents and champions.

"He's a fighting man, and hopefully hew takes the challenge of Dillian Whyte."

Despite the accusations Hearn did admit: "I like Tyson Fury, I don't always agree with him and I think sometimes he says some stupid things and sometimes he slags me right off.

"But I respect him and I think he's a great fighter and it was a great thing."

And the promoter revealed: "Now I think he's got the chance to go on and do even better things."