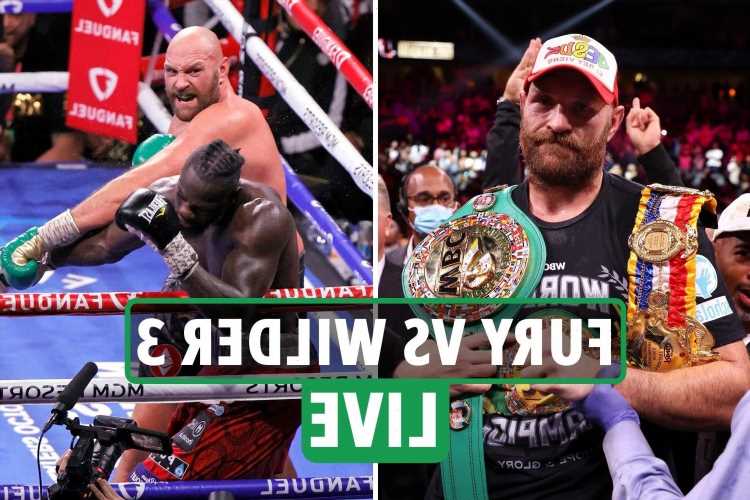 TYSON FURY has stopped Deontay Wilder with a brutal 11th-round K.O in a thriller to conclude their heavyweight trilogy.

In a truly unbelievable third round, Fury dropped Wilder before being dropped TWICEhimself.

And the Bronze Bomber would be knocked to the ground four times before eventually succumbing to defeat and getting taken to hospital.

Fury roared: "Like the great John Wayne said I am made from pig iron and steel baby!

"I was down a couple of times and hurt and Wilder is a tough man too after he got up a few times too.

"It was a great fight tonight, worthy of any trilogy in the sport, I always said I am the first best and he is second.

"But I went over to show love and respect and he didn’t want it to so I will pray for him."

Follow ALL the updates with our live blog below…