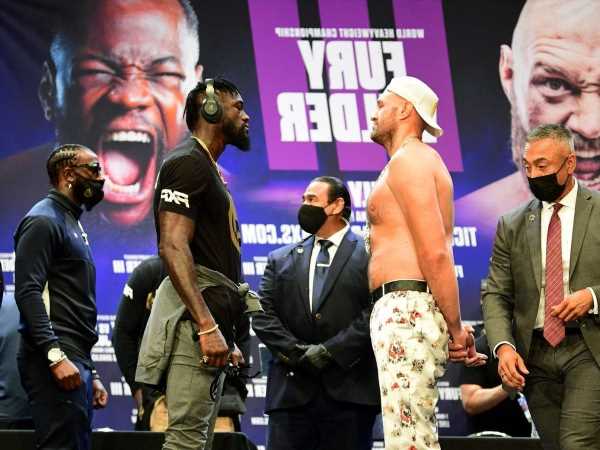 Rocky Marciano was going to make a comeback when Ingemar Johansson won the first fight of his trilogy with Floyd Patterson in 1959.

Rocky had only been retired three years, he went back to the gym for a month, ordered a new deluxe toupee and started to shift weight. The unbeaten, fighting idol was serious. The truth is that Floyd was fighting in Rocky’s shadow.

Patterson had been dropped seven times and stopped in the third of a massive shock in his first fight with Johansson in the summer of 1959; it was Floyd’s fifth defence of the world heavyweight championship. It is the fight where Patterson left the arena in disguise, wearing a hat, a scarf and glasses in a desperate attempt to escape ridicule and scrutiny. He stayed hidden inside his house for a month of shame; on the night, after the first knockdown, he locked eyes with ringside guest, John Wayne. There was no pity in the Duke’s eyes, you can bet.

A rematch was made and exactly twelve months later 31,892 paid to watch the title fight at the Polo Grounds in New York. As a dreaded precaution, Patterson had upgraded his disguise and had a fake beard and moustache ready in his kit bag; he was taking no chances and planned to vanish properly, floating around Europe under an assumed name.

The fans that night got what they came for; Patterson knocked out Johansson for total revenge in round five and won his world title back. It was a shocking ending, two left hooks and down went Ingo. “Johansson lay like a dead man,” wrote Peter Wilson, the British boxing writer dubbed, The Man They Couldn’t Gag. Johansson was out cold for ten minutes.

It was a savage finish and perfectly set up the trilogy fight. Rocky had gone back to eating bowls of spaghetti for breakfast long before the second Patterson and Johansson fight.

In the third fight, in 1961, Patterson was dropped heavily in the first round. He landed in a heap in front of a quartet of heavyweight guests at ringside: Frank Sinatra, Sonny Liston, Joe Louis and Rocky Marciano. In my opinion that might just be the most formidable front-row ever assembled, anywhere and at any time in the history of professional sport. Sly Stallone, Justin Bieber, Beyoncé, Spike Lee – give me a break.

It was also the greatest start to any trilogy ever; both had a devastating win from two fights and here in the third, the underdog was standing over the champion. It gets better, hold on. Patterson is badly hurt and dropped again, the tenth knockdown of their three fights up until that point. And then, Patterson lands a left hook and down goes poor Ingo. What a round, what a trilogy.

Patterson was still hurt, struggling with his balance in the second and third. In round two, Peter Wilson told his avid readers back home in Britain: “Patterson was like a deaf man trying to dance but unable to hear the music.” That’s painting the picture of the fear and confusion a fighter has to overcome when he is hurt.

Floyd Patterson settled the trilogy in round six with a right hand that sent Ingo down face-first, he struggles to get up, topples back, hurt, dazed and it is over; the trilogy ended there, that hot night in Miami.

As a delicious side note, a week or so before the first bell, Johansson had wandered, probably with his big, innocent Swedish grin on his big, innocent Swedish face, into the Fifth Street gym where Angelo Dundee was building a young Muhammad Ali. Yeah, you guessed it: The sparring was not good for Ingo and finished after just two one-sided rounds. “He might have a great right hand, but he’s got two left feet,” said Harold Conrad, iconic boxing publicist, who was there in charge of getting Ingo some good publicity. “Ingo looked ludicrous chasing Clay (as Ali was still known). Ludicrous.”

Patterson and Johansson delivered three heavyweight championship fights and 12 knockdowns in just 21 months. In just 15 months in 1951 and 1952, Jersey Joe Walcott and Ezzard Charles had a title trilogy; Charles took the first after 15 rounds, Walcott the second in the 7th and the third on points over 15 rounds. It was an odd time for the heavyweight title, post-Joe Louis, but before Rocky Marciano.

That was then, this is now and it is a weird time for the heavyweights once again.

Tyson Fury first met Deontay Wilder for the world heavyweight title in December 2018, their third fight, the trilogy complete, will be on 24 July: three fights, four knockdowns so far, millions made, insults exchanged, fabulous excuses, shocks and separated by 31 months. Both fights have been memorable, the ridiculous act of resurrection in round twelve of the first fight by Fury and the sudden collapse of Wilder in last year’s rematch would be unforgettable in any era.

This is a great fight, make no mistake. It’s repeat or revenge, it’s that simple. It was planned for last July and it was a great fight then. However, the endless months of Anthony Joshua and Fury promises, fake news and talk has created an ugly halo above this fight, a weariness from announcement fatigue has somehow taken the edge off this trilogy.

It’s hard not to think and hope for an opening round like Patterson v Johansson III. And why not? It’s good to dream a little in the boxing game.