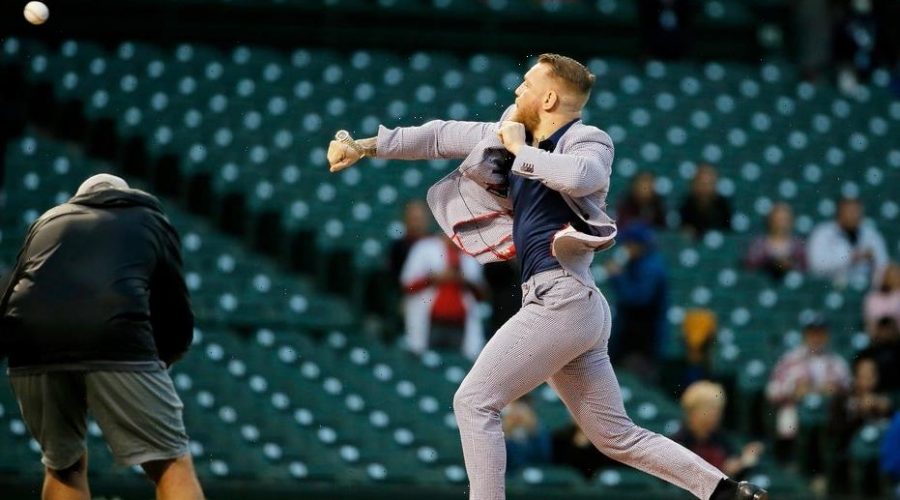 Conor McGregor was asked to throw out the first pitch at the Chicago Cubs game on Tuesday night, but despite throwing a wild pitch way off target, the two-time UFC champion isn’t looking for a redo.

McGregor looked like he might have been lining up to throw a pitch right down home plate but the ball released far off to the right, nearly striking a fan in the front row. 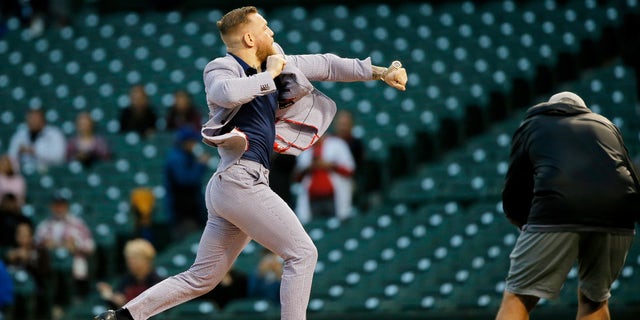 “I’m happy with it. It was either lob it friendly or aim to take him off his feet and if that was on target, we would’ve had a problem I’d say,” he continued.

McGregor topped his appearance at Wrigley Field with a performance of “Take Me Out to the Ball Game.”

He certainly gets points for trying.

22/09/2021 Sport Comments Off on UFC's Conor McGregor throws awful first pitch at Cubs game: 'It's a little off'
Lifestyle