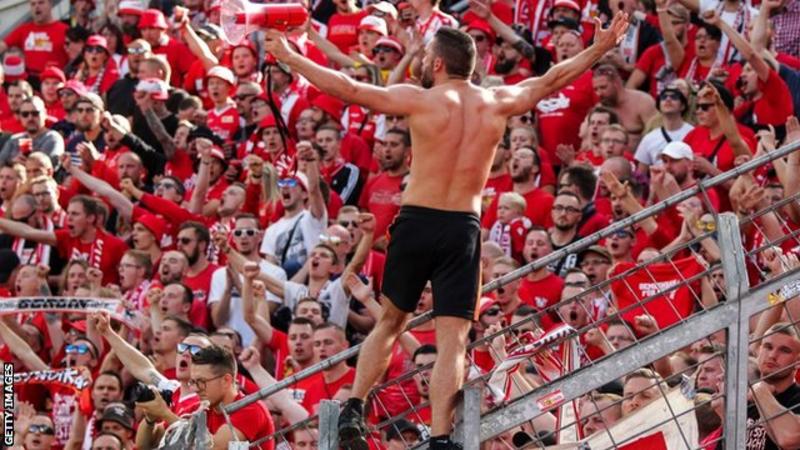 “The fans even donated blood. You get paid for donating blood in Germany. The money they got for it kept the club alive.”

The words of German football journalist Jacob Sweetman reflect the sacrifices Union Berlin’s fans have made during their club’s journey towards a piece of history.

In May, they became the first club from east Berlin to reach the Bundesliga. On Saturday, they will meet their neighbours Hertha BSC, from the west of the city.

Never before has there been a Bundesliga fixture between east and west Berlin. Indeed, there was a time, when the city was divided by the Berlin Wall, that such a fixture would have been impossible.

After World War Two, Germany divided into two countries. East Germany came under the communist control of the Soviet Union, while West Germany allied with the UK, France, and the United States.

Berlin was also split in two; in 1961, its wall was built to separate the city and prevent people from fleeing the Soviet-controlled eastern half. It did not come down until 1989.

On the sporting front, east Berlin’s teams competed in the East German league system until the reunification of the country in 1990 – with Union Berlin the first to make it to the top flight since.

Football Focus went to find out more – watch it live on BBC One on Saturday (12:00 GMT).

‘The club belongs to the fans’

“Without the fans, this club is nothing,” Sweetman told Football Focus.

Union play at the Stadion An der Alten Forsterei in the eastern neighbourhood of Kopenick. The ground, which is terracing on three sides, holds 22,000.

The club risked losing their licence in 2008 when those terraces were crumbling, but 2,500 fans volunteered to rebuild the stadium and put in 140,000 hours of work between them.

“They bought themselves back from the brink and they rebuilt their own stadium,” Sweetman added. “You can feel that when you go there. It belongs to them, not to anyone else.”

He said that, at a friendly against Hertha BSC, fans who worked on the stadium wore red builder’s hats and “there was not a dry eye in the house”.

“There have been periods in history where the club has been on the brink of bankruptcy,” said Sweetman, noting how fans gave the money they received for blood donations to keep the club alive.

Christian Arbeit, head of communications at Union Berlin, said the campaign “Bleed for Union” was created by the fans.

“This was a very strong symbol of what people are ready to give,” said Arbeit.

The fans’ love for the club is so strong that according to journalist Rylan James, a group once broke into the stadium to wish each other Merry Christmas – and it has been repeated every year since as a tradition.

‘These rough emotions – it’s what Union is about’ 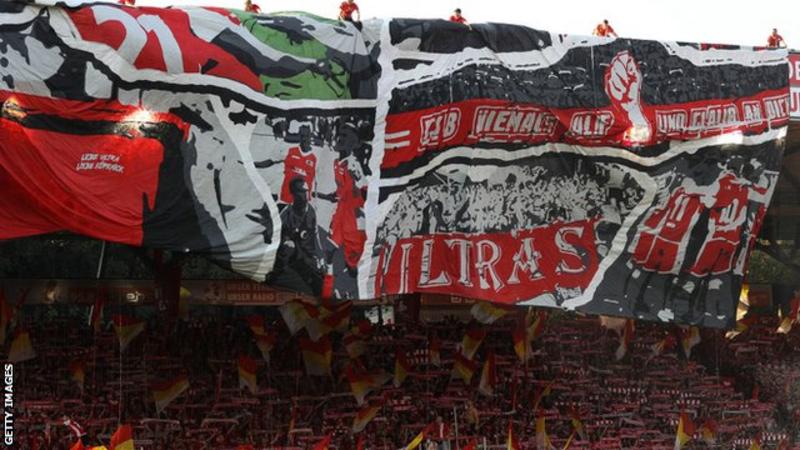 There is no half-time entertainment, advertisement or music played at Union matches. Arbeit says the club don’t need to “give the fans any help to celebrate”.

“If our team score a goal, it’s an explosion of noise and emotion in the stadium,” he said.

“The president crosses the same parking lot as a normal fan. We are close together. People know they are welcome with what they have to bring in – ideas, their own hands’ work. They know the club is appreciating of that.”

Fan Ingo Platz said: “I went to Union because it was a proletarian club. People loved to drink beer. There is a strong connection with bikers and people knew each other.

“These rough emotions – it’s what Union is all about. Football is the last place you can live those emotions and Union is a place, a rare island, where it’s welcomed to support the team in a creative and loud manner.

“People in society are looking for a place they are respected – not as consumers, but as human beings.”

‘The wall must go’ and other tales of rebellion

Union Berlin were given their current name in 1966. In the 60 years before that, the club had played under a variety of names. According to Sweetman, they have a long-held “anti-establishment” identity.

“They have certainly rebelled against the establishment,” he said. “There are great stories about them chanting ‘the wall must go’ at free-kicks – because that’s the only time you could chant that in East Germany.

“They were a club that represented their people during the Cold War. Berlin is a city of rebels. You would struggle to find a club here that doesn’t represent the rebels in one way or another.

Arbeit said this “rebellious” attitude led to the “alternative culture” that exists within the club today.

“Guys with long hair, growing beards and all that stuff – they went to Union and felt freedom and wildness,” said Arbeit. “There was not explicitly political opposition, but if you were a young guy who wanted to feel freedom and live your life, then you went to Union.

“As long as they are free to do their things, they feel alive. Union gave home to this.”

Being in the Bundesliga 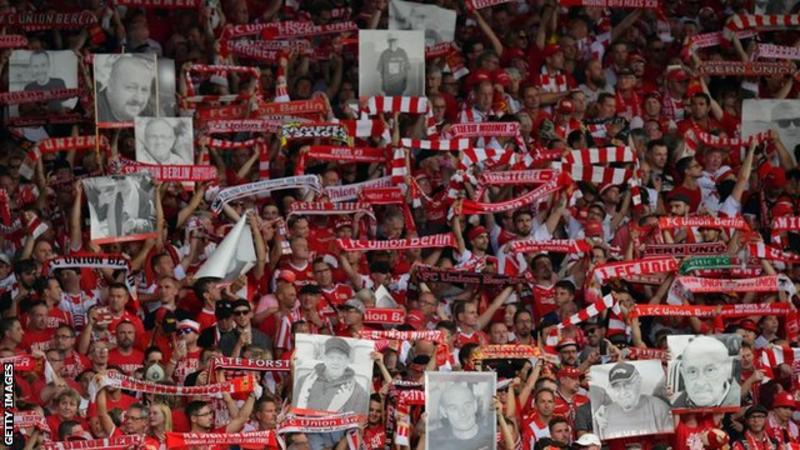 During the Union’s opening fixture in the Bundesliga – a 4-0 defeat at home to RB Leipzig – the fans held up nearly 500 posters of deceased supporters.

“The idea of having those people who couldn’t be there represented, summed up the club in so many ways,” said Sweetman.

Platz added: “It was very emotional. We bought our dead friends and relatives into the stadium. It was very respectful.”

The day they gained promotion was emotional too and Arbeit said he “doesn’t know when the feelings will stop”.

“If I see the pictures these days I start crying immediately,” he said. “It’s so great to see what power football still has in these times when a fan experiences the most unbelievable success.

“The fans know it will be a very hard year in the Bundesliga. We will have to struggle until the very last game of season to stay in.”

01/11/2019 Sport Comments Off on Union Berlin: The German fans who bleed for their club
Lifestyle