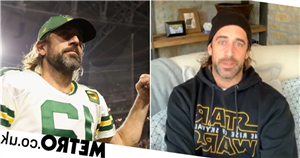 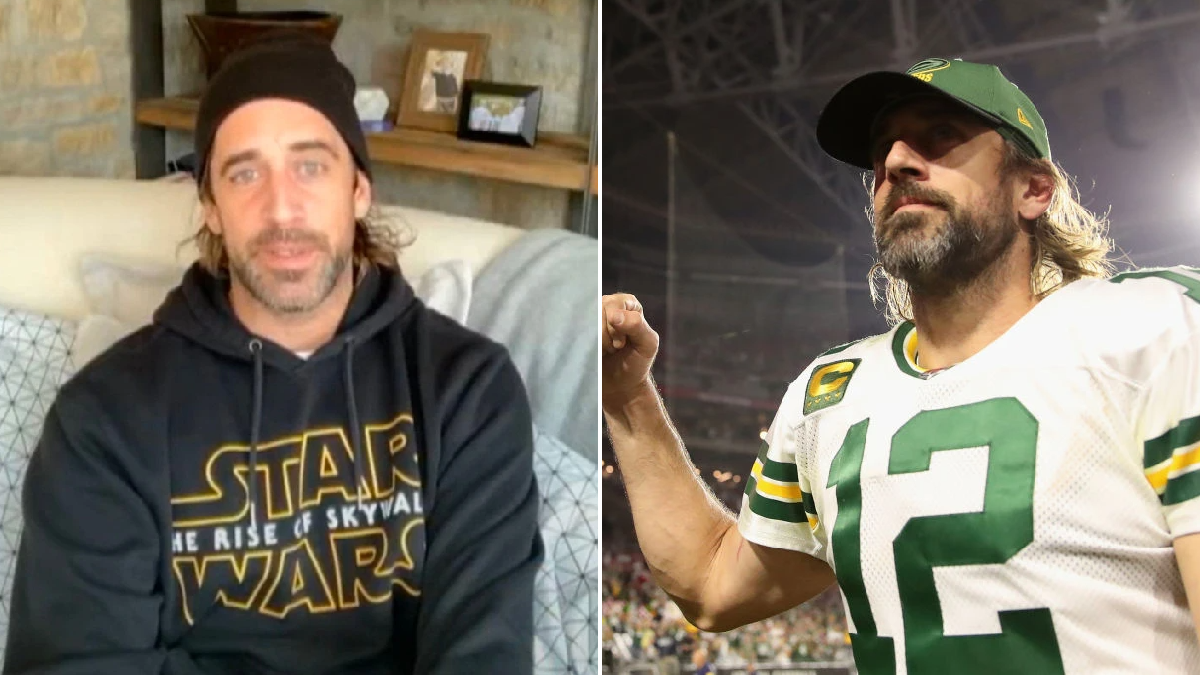 I am a better footballer than Mo Salah, a better singer than Adele and better looking than Jamie Dornan.

Of course, all three of these statements are explicitly false, but I stand by them. I accept that they may be misleading, and I take full responsibility, but if you have a problem with me then you are just being ‘woke’.

This, my friends, from here on in, shall be known as the Aaron Rodgers Defence.

Back in August, when Rodgers was asked whether or not he had been jabbed, he replied, ‘I’ve been immunized’, which turned out to mean the exact opposite of what almost every single person on the planet thought it meant.

The intimation in Rodgers very next comment was even more revealing. ‘There’s guys on the team that haven’t been vaccinated. I think it’s a personal decision. I’m not gonna judge those guys.’

By ‘those guys’, we now know, he meant himself.

Instead, Rodgers had been taking a mix of vitamins and unproven pills, while all the time presenting a misleading picture.

This week, his interview on the Pat McAfee Show was a total car crash, as he recklessly moved in and out of the pocket of anti-vax misinformation and some cringeworthy cliche.

At one point, when asked why he did not follow NFL protocol for unvaccinated players, the 37-year-old responded by quoting Martin Luther King Jr, and even had the gall to reference ‘my body, my choice’; often used by women when it comes to bodily autonomy and abortion.

Rodgers claims he is allergic to some vaccines and did not feel confident in another, but the simple truth is that he is trying, and spectacularly failing, to move the goalposts.

This is not an important discussion about the balance between personal freedom and collective responsibility, and here’s why.

Aaron Rodgers is not and has never been obliged to be vaccinated under NFL rules. Instead, they simply require unjabbed players to take a daily test and wear a mask while inside the club facility, the latter of which he clearly didn’t do as he conducted face-to-face press interviews with his full mug on display.

They have to travel separately, plus a few other things, but at no time would he have been massively inconvenienced.

Unlike Brooklyn Nets basketball player Kyrie Irving, who is unpaid and unplayed due to the New York City Covid-19 vaccine mandate, he is free to make his millions, as long as he takes a minute every day for a date with a swab, and carries a small piece of cloth in his pocket. Wow, what sacrifice.

There is a nuanced, complicated debate surrounding vaccine mandates. This was not it, and to frame the conversation as such and cry, as he did, ‘witch hunt’, is downright offensive. He’s the MVP, for crying out loud, not the NHS.

Aaron Rodgers was not caught ‘in the crosshairs of the woke mob’, as he claimed. He was caught out talking balls.

Then, instead of taking his medicine, he spuriously quoted advice from comedian Joe Rogan and spouted theories that no trusted science supports.

Since then, after losing one big sponsor and being ridiculed by every late-night talk show host on the continent, Rodgers attempted a backtrack which proved about as effective as I would have been had I replaced Rodgers in the game he missed last weekend, away to the Kansas City Chiefs.

‘I get it. And I misled some people about my status, which I take full responsibility of, those comments. But in the end, I have to stay true to who I am and what I’m about. I stand behind the things that I said.’

I’m afraid, Aaron, that’s just a blitz of bull***t. This is not about freedom, vaccine mandates or self-determination.

This, put simply, from start to finish, has been about one thing and one thing only. An important prick.