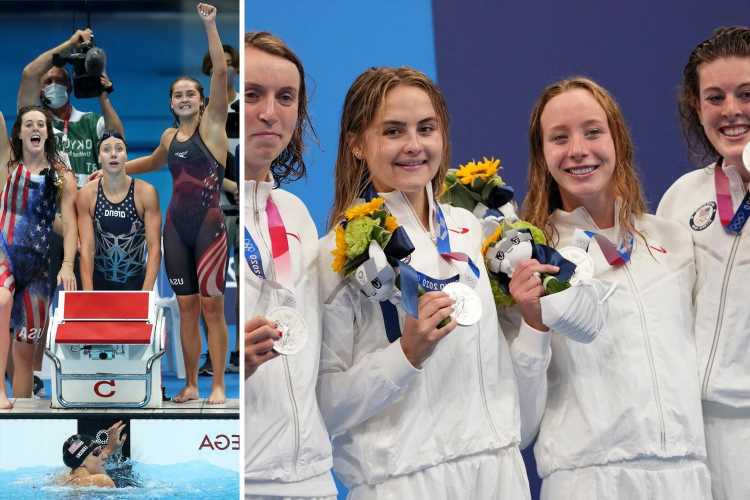 TEAM USA broke the world record in the 4x200m relay at Tokyo 2020 but still FAILED to win the gold medal.

The American quartet of Katie Ledecky, Allison Schmitt, Paige Madden and Katie McLaughlin smashed the record of 7:41.50 set by Australia in 2019 with a time of 7:40.73. 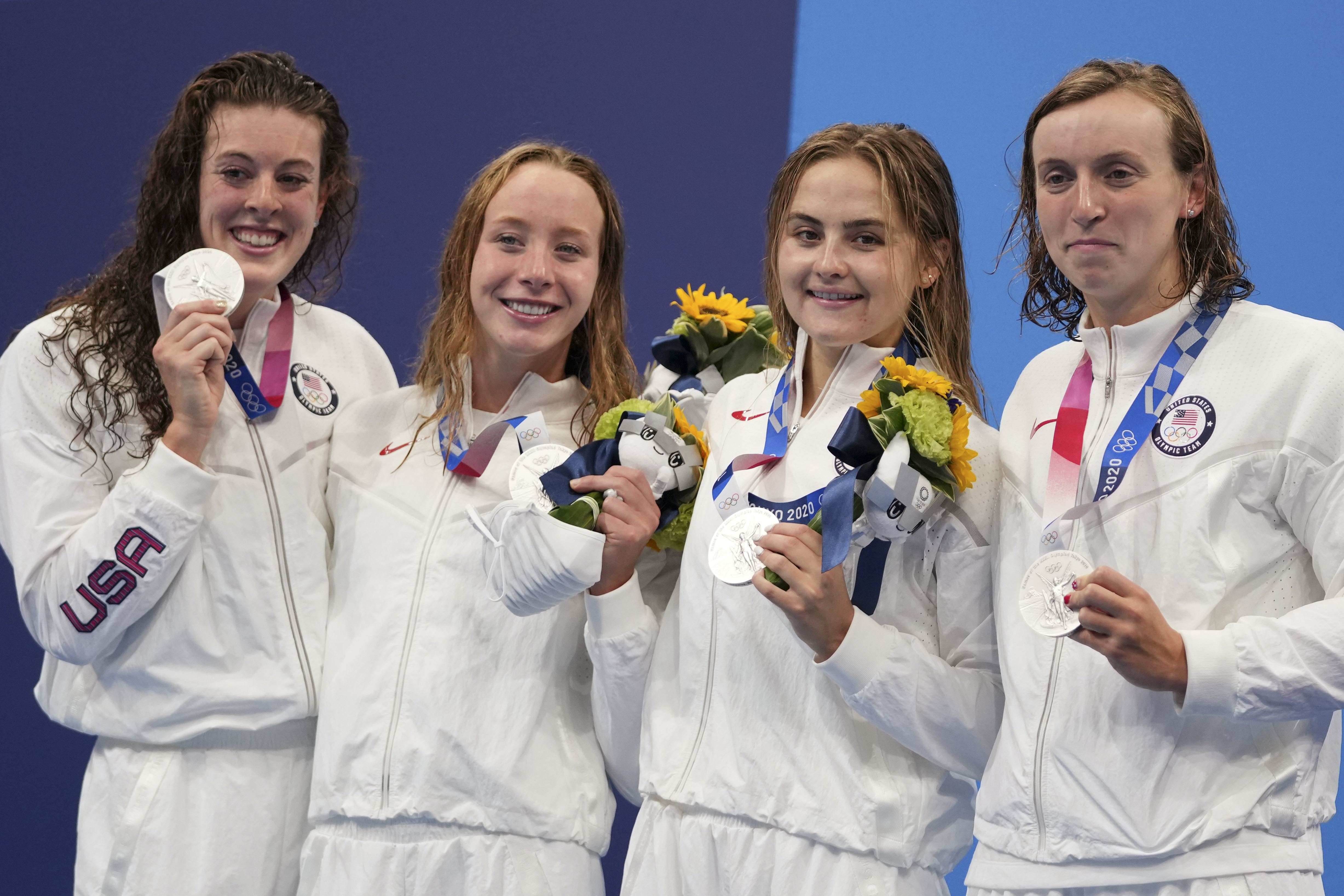 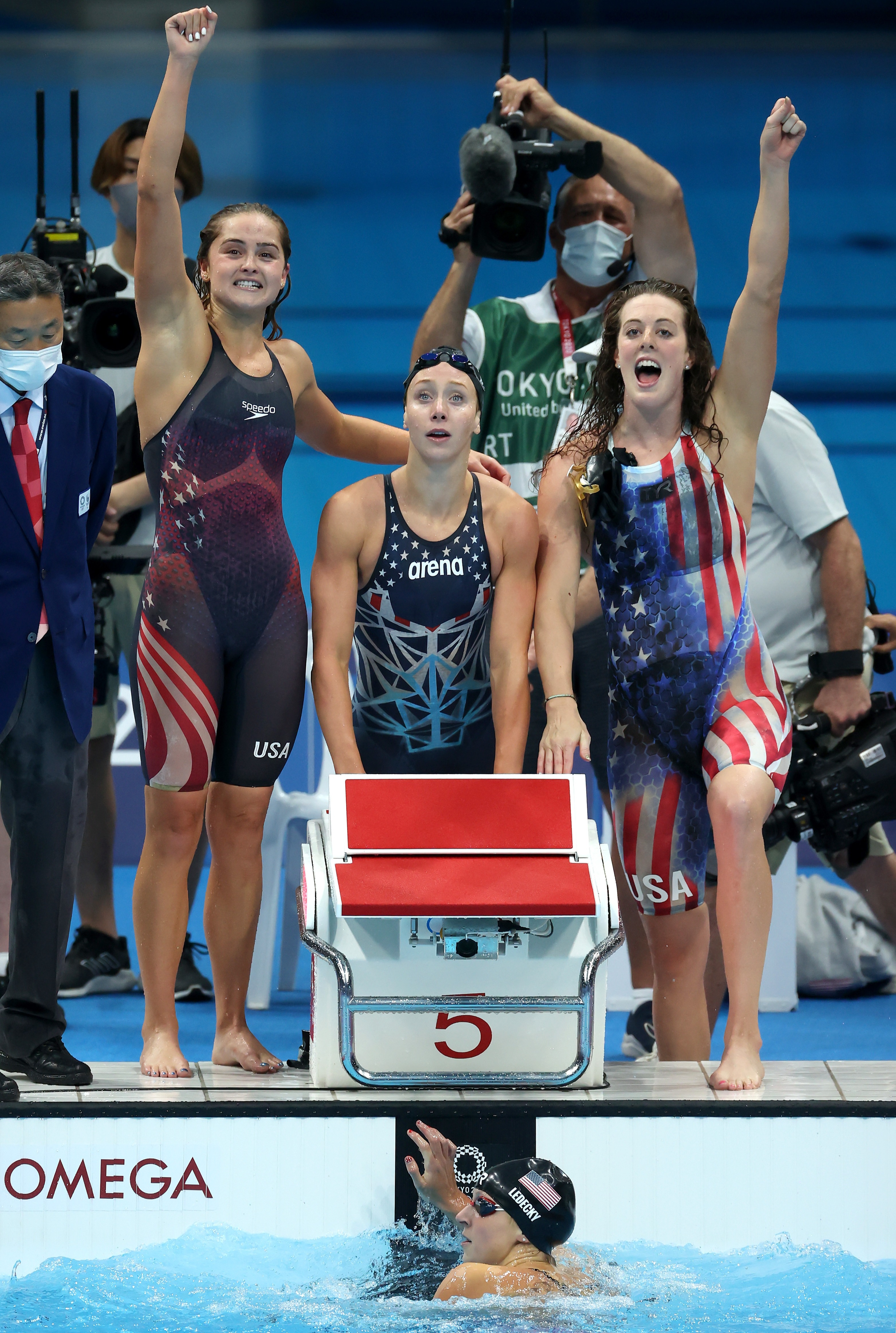 But it was still not enough to become Olympic champions as China went 0.4 seconds quicker to set a new world record of 7:40.33.

Bronze medal winners Australia also swam faster than their time from two years ago, completing the relay in 7:41.29.

As reported by Yahoo, China led the race after the first leg, but Australia fought back to take the lead by the midway point.

Meanwhile, the US were down in third and looked to be set for a battle with rivals Canada for bronze.

As the Chinese and Australians fought out front, American Katie Ledecky started the final leg 1.94 seconds down on the lead.

But the six-time Olympic champion produced a remarkable comeback to catch Aussie swimmer Leah Neale and move into the silver medal position.

She then set her sights on China's Binjie Li, giving it everything she had as she swam two seconds faster than she managed in the individual 200m free final.

But it still wasn't enough as Li held on to give the Chinese team victory by 0.4 seconds.

It was a shocking upset as before the race USA and Australia were expected to fight it out for the gold.

At the time of writing things have also changed in the overall medal table at Tokyo 2020.

USA have dropped to second place with 13 gold medals as the Chinese leapfrog them with a total of 14.

29/07/2021 Sport Comments Off on US relay team break 4x200m freestyle world record but DON'T win gold after China go on to beat them by 0.4 seconds
Lifestyle