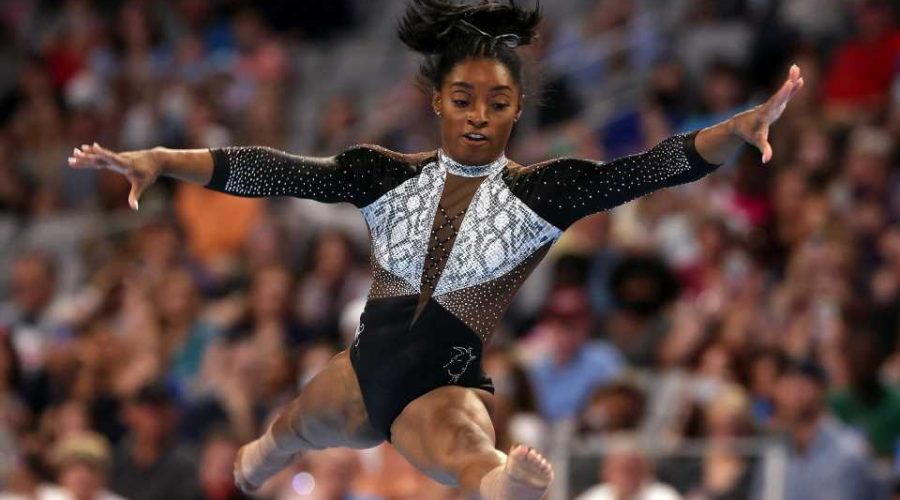 Simone Biles will continue to be the gold standard to Team USA’s gymnastics program, but beyond her, there are a lot of fresh faces at this year’s Olympic qualifiers. And thus, the battle for Olympic bids is wide open.

The Olympic gymnastics teams have been pared down a bit this year. The squads are usually made up of five athletes but this year, there will be only four on each team. That said, the United States earned the right to bring some extra individual specialists (two on the women’s side, one on the men’s side) via other international competitions, so there are still some other spots up for grabs.

Individuals will compete for their country but will not be a part of the team competition.

Outside of Biles, Jordan Chiles and Jade Carey are making noise and could seal spots on the Olympic team with strong performances. And on the men’s side of the coin, all four qualifiers will be chosen based on their performances at the trials and the trials alone. And only Sam Mikulak returns from the 2016 men’s Olympic team.

The United States women’s team has taken home the gold at each of the last two Olympics while the men’s team will look to medal for the first time since earning bronze in the 2008 Olympics.

Sporting News is tracking all the U.S. Olympic qualifiers in gymnastics throughout the week.

How to qualify for the 2021 Olympics in gymnastics

For the men’s team, Olympic qualifying is simple. The top finishers at the 2021 USA Gymnastics trials will be offered spots on the Olympic team. The men’s team has four spots and earned one extra individual spot for the 2021 Tokyo Olympics based on their performance in international competition.

Things are a bit more complicated for the women’s squad. The U.S. roster has four spots for team events and two extra earned individual spots. So, they’ll be able to bring six gymnasts to Tokyo. The top-two all-around finishers at the 2021 Olympic trials will automatically qualify for the four-woman team. The other two spots will be selected by committee. Those gymnasts won’t be eligible to compete in team events.

One of the team’s two individual spots will likely go to Carey, who met qualifying standards through the International Gymnastics Federation for an Olympic spot, unless she makes the four-woman squad. The other individual spot will be selected by committee.

Who is on the USA Olympic gymnastics team in 2021?

This section will be updated with the full men’s and women’s gymnastics rosters following the finals on Saturday and Sunday.