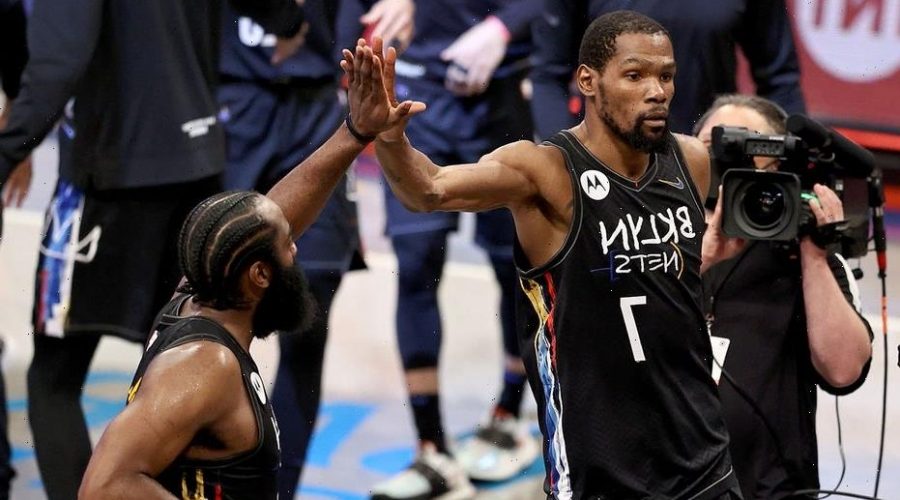 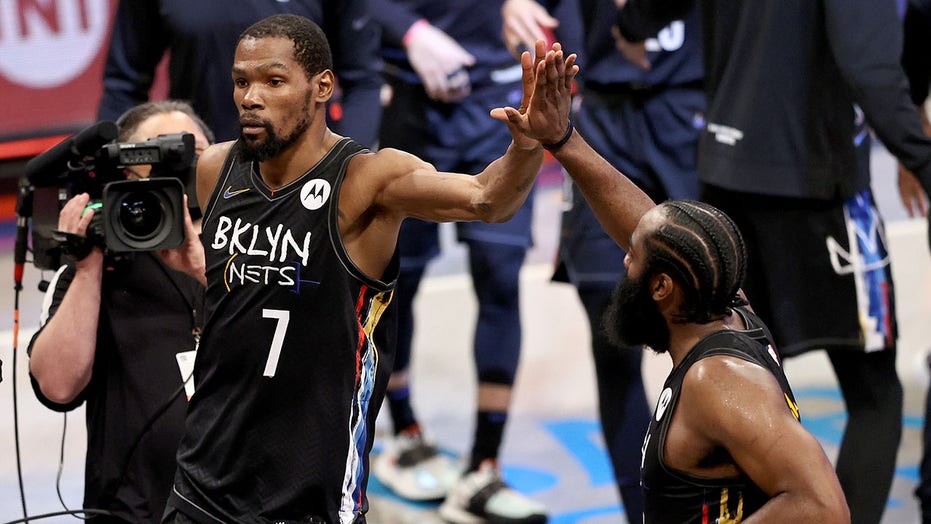 The Brooklyn Nets have a roster full of shot makers: Kevin Durant, James Harden and Kyrie Irving among them. However, they apparently lack willing shot takers. Based on New York City’s recent vaccination mandate, several Nets players would be unable to enter Brooklyn’s Barclays Center, if the season were to start today.

Last Monday, a New York mandate went into effect that requires all people over the age of 12 to have proof of vaccination to enter “certain covered premises” within the city.

Nets training camp is scheduled to open next week, and it appears likely that the team will be missing a few players. “Regarding if they could play today, I can’t comment on who could play and so forth,” said Brooklyn GM Sean Marks. “There would obviously be a couple people missing from that picture.”

According to regulations outlined in the city’s mid-September mandate, athletes playing in an indoor stadium or arena must have received at least one dose of a vaccine before they can enter the building. The local mandate is in contrast with the NBA, which does not require its players to get vaccinated.

Marks would like to see Nets players vaccinated so they can compete for a championship, though he realizes that the COVID jab is a personal decision: “Obviously I can’t get into details for a variety of reasons, whether it’s HIPAA violations or whoever it may be, [but] I think we all understand what’s at stake and we’ve had very candid conversations [with Nets players]. Those are individual decisions. … It’s obviously out of our control.”

We’re still a month away from the regular season opener, and Nets fans are already talking about the team’s shot selection.