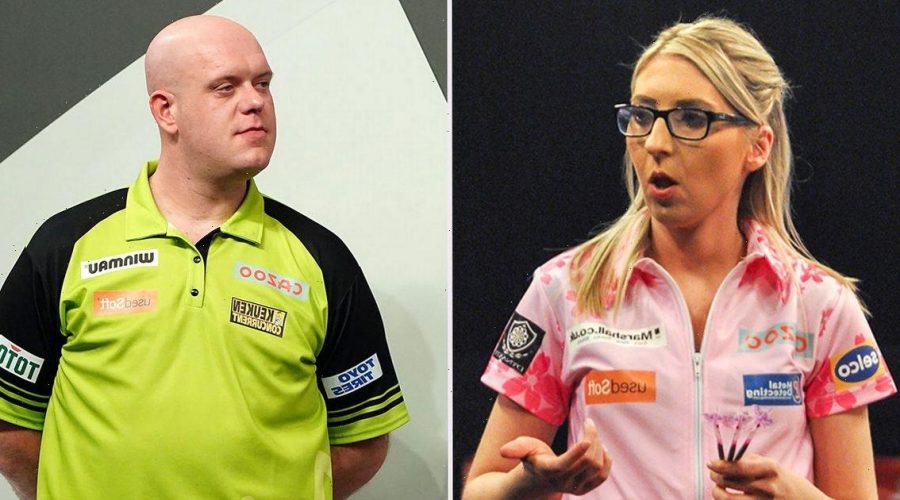 Michael van Gerwen was beaten by Fallon Sherrock as he returned to darts action for the first time since his epic defeat to Michael Smith in the World Championship final.

The six players were divided into two groups of three. The top two advanced to the semi-finals, with matches the best of seven legs.

READ MORE: Fallon Sherrock heading back to Q School but faces competition from over 500 rivals

Van Gerwen and Sherrock met in group A with the Queen of the Palace winning 4-2. Sherrock also defended Clemens in front of 4,000 German fans, hitting checkouts of 164 and 116 in the process.

“Having a fantastic night in Ulm, Germany with @ModusDarts180 @MvG180 @Gezzyprice @snakebitewright @maximiser180 @GGiant180 – loving these Galas,” she tweeted during the night.

The Dutchman did at least beat Clemens to reach the last four, only to lose to Wright, who in turn was beaten by Price in the final.

How many majors will Van Gerwen win this year? Tell us in the comments section

Van Gerwen will shortly take a break from darts for a family holiday, ruling him out of the first World Series event of the year in Bahrain on January 12 and 13.

MVG will be in the field for the following weekend’s Nordic Masters in Denmark, which also forms part of the World Series.

Losing the World final to Smith was a bitter blow to Van Gerwen having been the hot favourite to win it throughout the tournament. He can at least reflect on a stellar 2022 which saw him win four major titles, including the Premier League and World Matchplay.