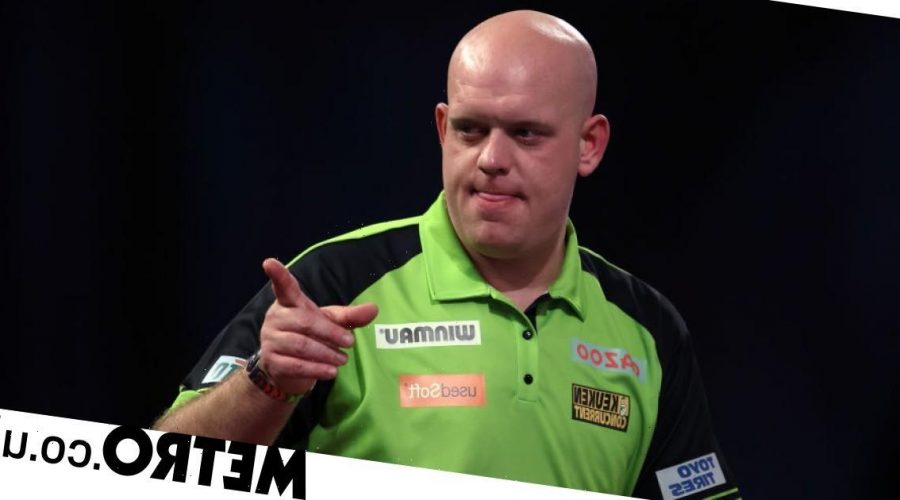 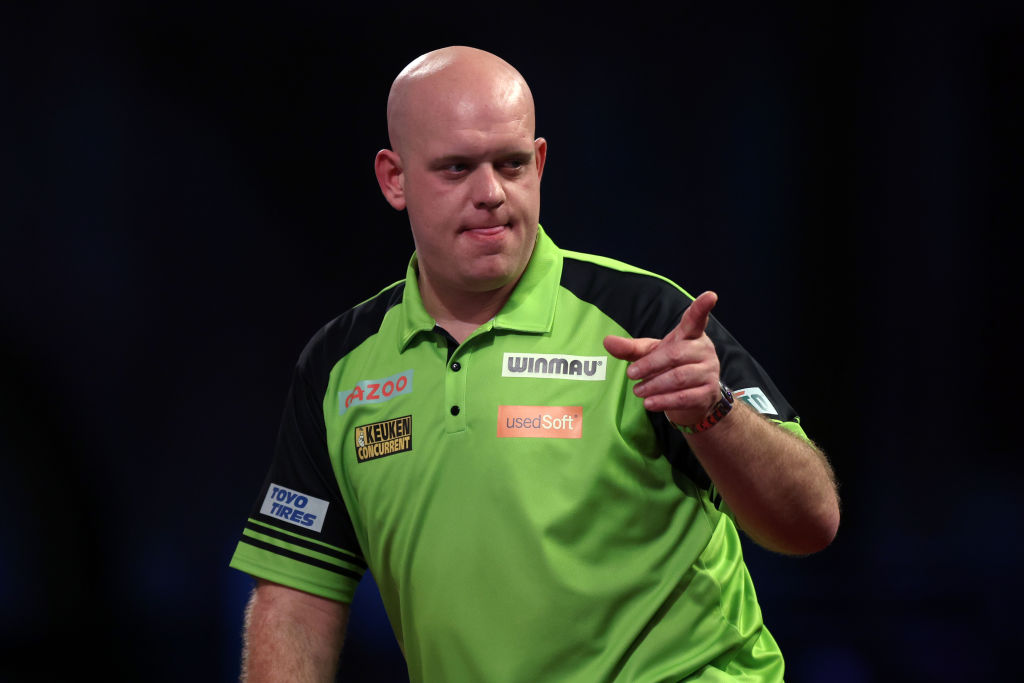 Michael van Gerwen believes if he keeps up the form he has been showing at the World Darts Championship then no one will stop him winning a fourth world title.

The Dutchman has been living up to his pre-tournament favourite tag so far at Alexandra Palace, averaging over 100 in all three of his matches so far.

He was pushed by Mensur Suljovic in the third round, but a monstrous average of 107.66 saw him progress, before cruising past Dirk van Duijvenbode in the last 16.

The 33-year-old now faces Chris Dobey in the quarter-finals and fully expects to progress, unless something ‘strange’ happens to him.

‘If I play like this, how comfortable I am at the moment I’m not going to lose,’ he told Sky Sports.

‘Something strange has to happen to myself, an off day or whatever for me not to win my games.

‘I feel comfortable, I feel good, really good. You have to produce it time after time on the big stage. People think it’s easy in front of all those people to produce it, but it’s not easy.’

Dobey upset Rob Cross in the last round to make the quarter-finals for the first time and Van Gerwen knows that the Englishman will not be relishing facing him.

‘Of course he will be the underdog. First to five sets. I’m looking forward to playing against Dobey,’ he said.

‘I know he’s going to say, “Oh no I’m playing Michael again” I know what he thinks.

‘I need to make sure I keep on top of that. Make sure I prepare myself well again, I think anything is possible in this World Championship.’

Van Gerwen is not the only big name left in the competition, with a high quality quarter-final line-up on New Year’s Day.

Smith found his best form last time out in a 4-1 win over Joe Cullen and, although he accepts Van Gerwen is the favourite, he fancies his chances of lifting the Sid Wadell Trophy for the first time.

‘Michael [van Gerwen] is the red-hot favourite and is always going to be, but there is still me and Gezzy left,’ said Smith.

‘If one of us wins [this title] you’re world number one, you’re the best player in the world.