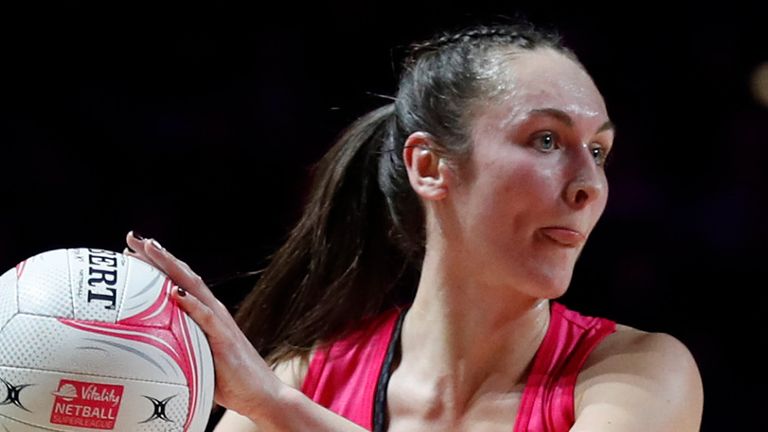 After the cancellation of the 2020 Vitality Netball Superleague season, Samantha Bird provides an insight in London Pulse’s next steps.

On May 27 the news broke England’s elite competition would not continue in 2020 and instead, sights would be fixed on a potential standalone short-form VNSL competition or event in the autumn.

As the news spread across the country, common feelings were shared by fans, players and head coaches – ones of disappointment and understanding.

“We’re all pretty devastated about it,” Bird, Pulse’s CEO and director of netball, said to Sky Sports.

“For me though, I think because we’re in and around London, we saw the huge impact of this [coronavirus] very early on and perhaps earlier than some of the other areas in the country. There was a certain element of inevitability around the outcome really.

“When you look, even now we can’t train anywhere, we can’t get into a netball centre… the logistics on a practical level led to that decision I think. Disappointing but not wholly surprising.”

Back when face-to-face training was initially cancelled, and there was still the potential for a competition to return, Bird implemented a full training programme for her players.

Pulse’s athletes were joining up together (via video calls) on a daily basis for S&C sessions with Dan Lavipour and their training took the form of a second pre-season.

When the goal posts changed, and the season was formally cancelled, it was clear that sustaining this style of programme until the start of the 2021 season, wasn’t going possible or sensible for athletes.

As a result, Pulse’s focus has shifted to the ‘Inspire. Educate. Train’ programme that Bird has put together for athletes. It will run throughout the summer and is for everyone, from Superleague to hub athletes too.

Thanks for giving me the opportunity to coach these girls this morning @Pulse_Netball 💗🙏 pic.twitter.com/4Huvypol6a

“The ‘Inspire’ element will be buddying up athletes,” Bird said. “This means that Superleague players and younger athletes can share their experiences and provide support for each other.

“Education is all about how everyone can use this time to become better at their own analysis, looking at opposition and how to really improve their understanding of the rules too.

“There’s the time to really dive into this level of detail and also to look at coaching and being involved in our community programmes through the summer.

“Then, it’s about training themselves and training with some meaning. The meaning comes from working towards PBs, looking at areas they really need to improve on for their own position and having the luxury of using this time really wisely.

What a great way to start the week! Up early to watch the ⁦@ANZPremiership⁩ and then over 20 athletes in for club S&C ⁦@Pulse_Netball⁩ ⁦@PulsePathway⁩ 🖤💗 pic.twitter.com/LPhcG0yCGV

“It won’t be as intense as the VNSL players meeting up every day, as we have been. But, it will be something to really maintain their interest and really develop them over this next period of time.”

A major milestone, which all netballers across the country will be looking towards, will be getting together in a normal training environment. Bird, like all, cannot wait to engage with her players again.

“A smelly sports hall is going to be the most exciting place to be! You miss things you took for granted before; being in the same room as your players and all of the jokes and fun you have,” she said.

“You just can’t quite get that on a Zoom call because you can’t all speak at the same time and have that quickfire wit that you have amongst a team setting.

“It’s all of those sorts of things that I appreciate even more now, with them not being there.”

While Bird and her players wait to commence training together again, she’s getting stuck in with an additional role at London Pulse. She stepped up as interim CEO after Natalie Seaton’s departure in April and is incredibly motivated to drive the franchise forwards.

“I’m very passionate about netball so to be given the opportunity to be able to direct the club’s fortunes and to really grow the club, is just amazing and a great challenge,” she said.

“I’m very lucky. I’ve been a netball player, went to university and became a lawyer while playing netball for England, and now I’m in a new phase of my career coaching, being director of netball and now running the club. It’s a privilege.”

Pulse are youngest of all of the Superleague franchises but that’s not holding them back, they are as eager as anyone to make their mark on netball in England.

Bird said: “Why not be ambitious? Why not be brave and strive to be the best? That’s what sport and competition is about.

“It doesn’t have to be in a negative way with your opposition. I want netball to thrive across the country, I want all Superleague clubs to be performing really well.

“In terms of my influence and my club, I want our players to show everyone what they can do and what they’re made of.” 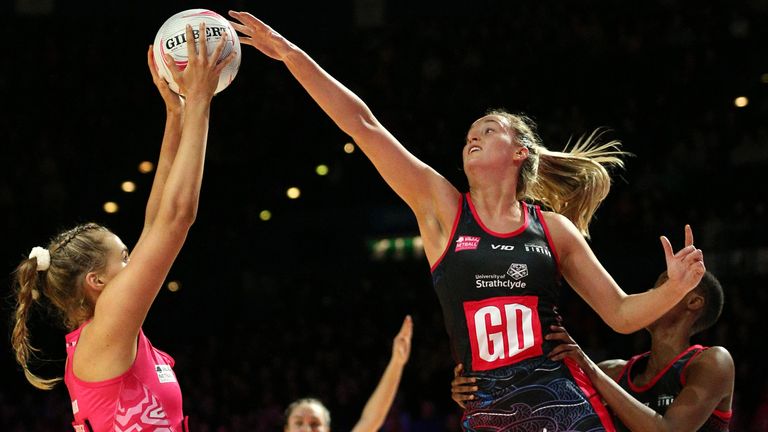 London should have a top-class Superleague team, there’s no question about that. We have an obligation to grow the game and spread netball into communities that still don’t even know that it exists.

Connecting with communities that do not naturally engage with netball is something Bird is incredibly passionate about, for example Eastern European communities, who have a strong connection with sports like basketball and handball but not netball.

“There’s wonderful diversity in London but some communities just don’t have netball as part of their lives and I feel they’re missing having something special,” she said.

“It’s our role [as London Pulse] to really expand netball and take that experience to those communities who don’t currently have it.

“There might be barriers there, language wise or financially, and it’s our job as London Pulse to start breaking those barriers down and engaging with communities.

“I’d like them to be visible to more people in London, for young girls and boys to look up to them. It’s important for young boys to understand that female role models are good things as well.”

Bird’s ambition and work ethic has not been dampened by the situation English netball finds itself in now, instead she’s turned to her own creativity and the expertise of those around her to make the best of a challenging situation.