WARREN GATLAND'S final match as Wales boss will not be on Sunday morning's semi-final.

But the wily Dragons head coach knows which one he wants to be his curtain call — the final on November 2. 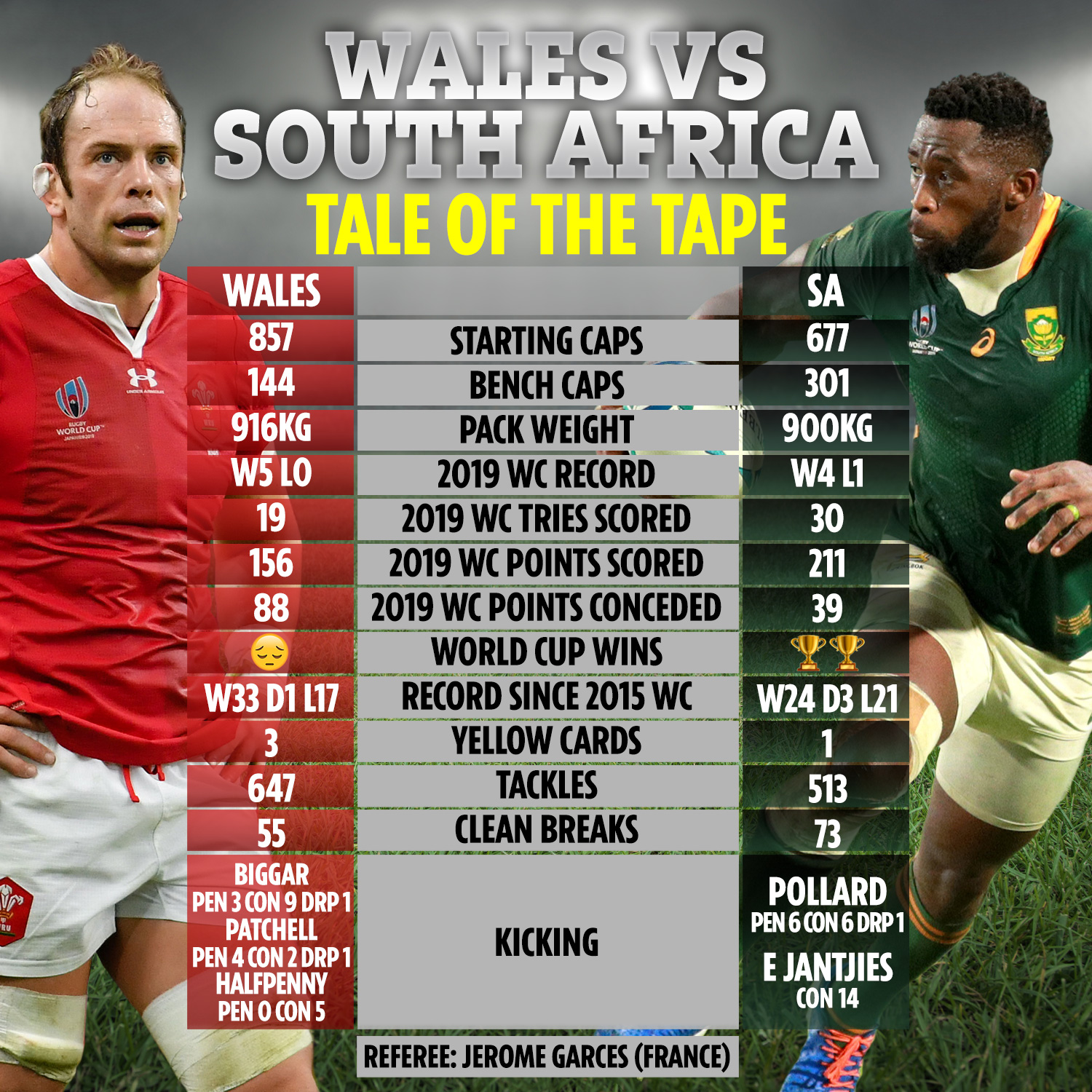 If Wales lose against South Africa in the Rugby World Cup semi-final they will do so having won four of the last five tests and against a team they have had the edge over.

A third-place playoff is not what Gatland wants, nor a repeat of their ugly 20-19 win over 14-man France.

Both sides have injuries, with wing wonder Cheslin Kolbe the stand-out absentee for the Springboks, while arguably the world's best full-back Liam Williams joins Josh Navidi on the plane home, adding to the pre-tournament absences of Toby Faletau and Cory Hill.

It is not an ideal situation for the Welsh.

Whereas the Springboks have 23 caps less in their squad, but have scored 11 more tries, 55 more points and conceded less than half the points Wales have.

That may be because Alun Wyn Jones and Co had the toughest pool in the tournament, with Fiji and Uruguay no walkovers.

The Welsh scrum contains the heaviest player in the final four in 135kg — 21 stone — Tomas Francis at tighthead prop.

The Welsh tight five — their front and second rows — have a 31kg advantage over their opponents, weighing in at 609kg to the Springbocks 578kg. 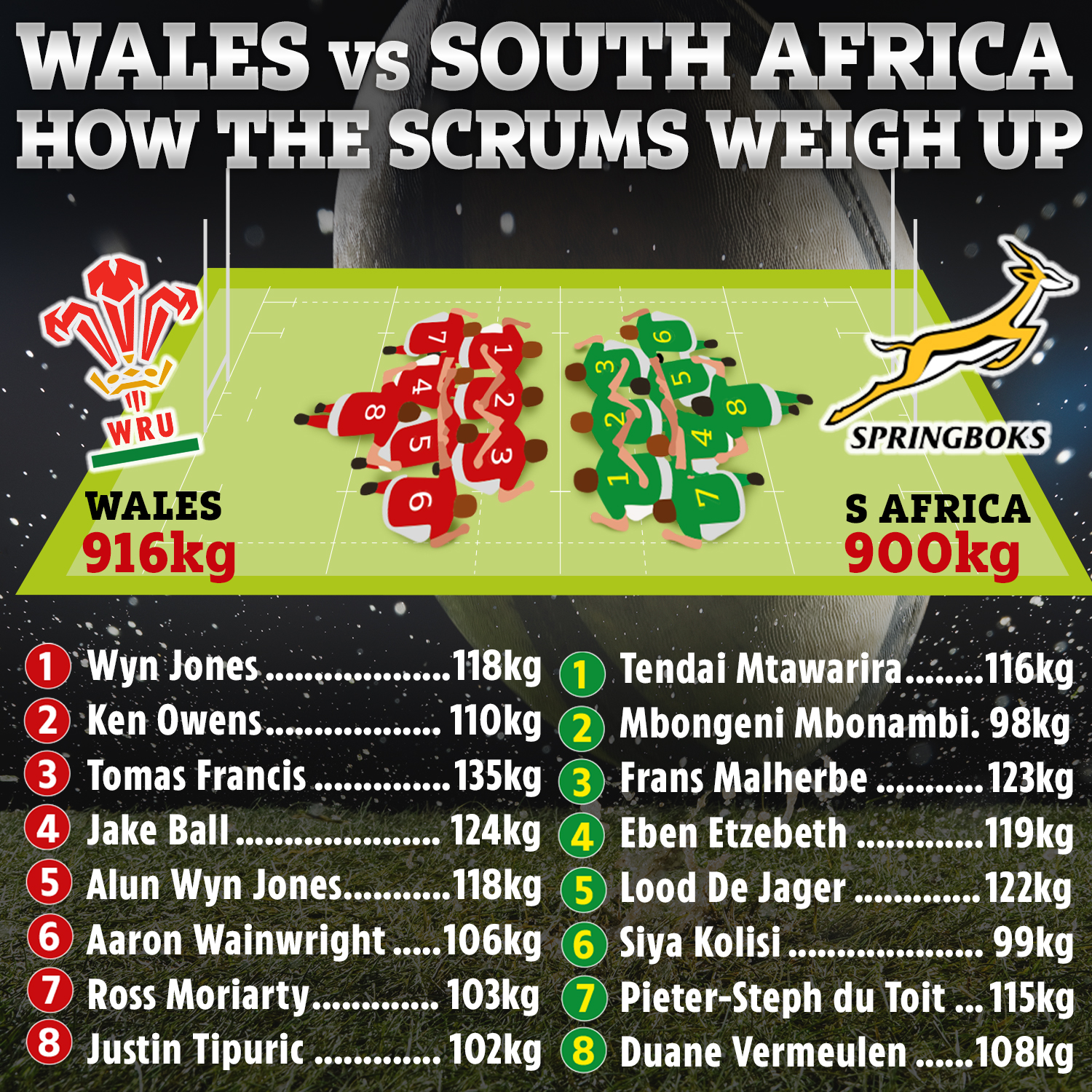 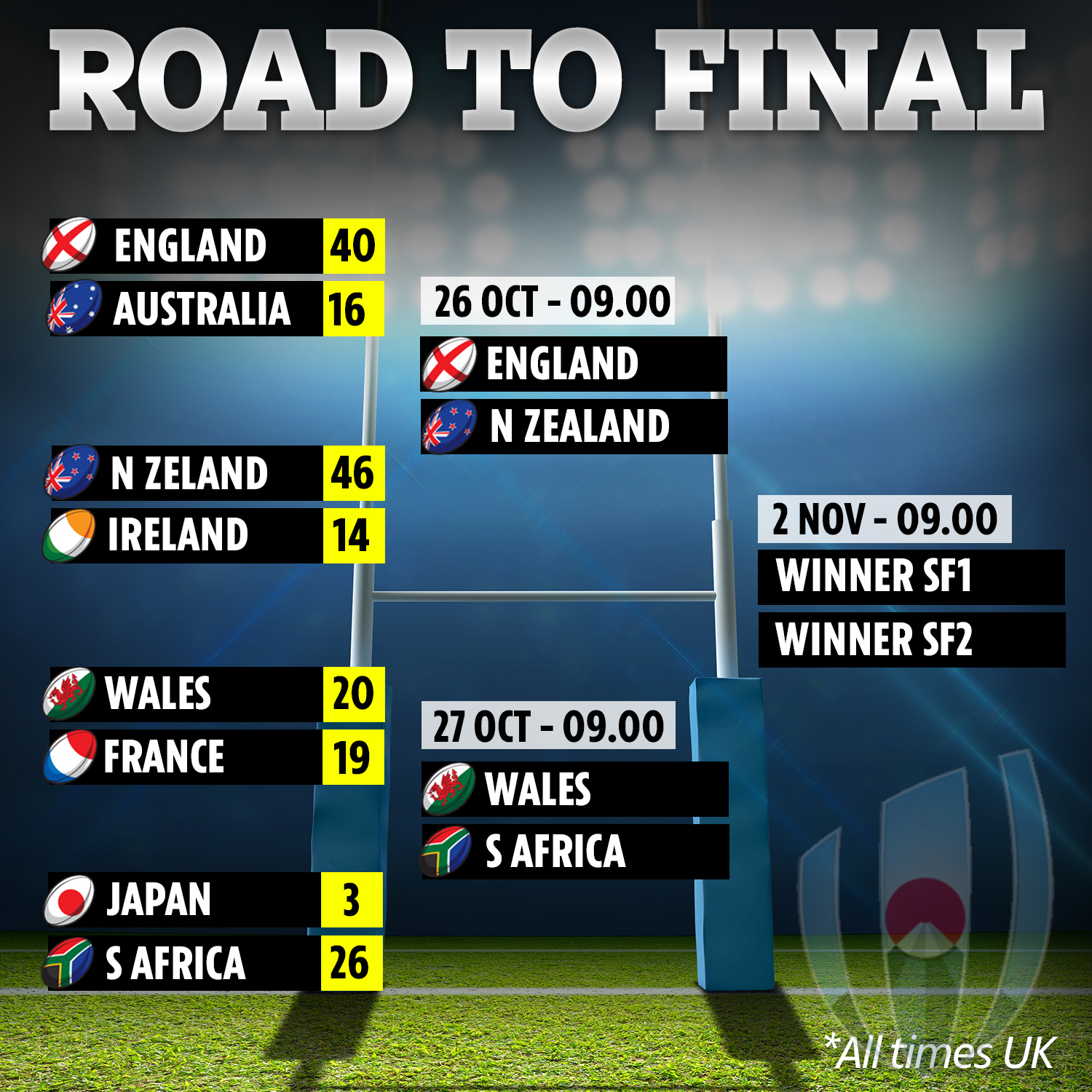 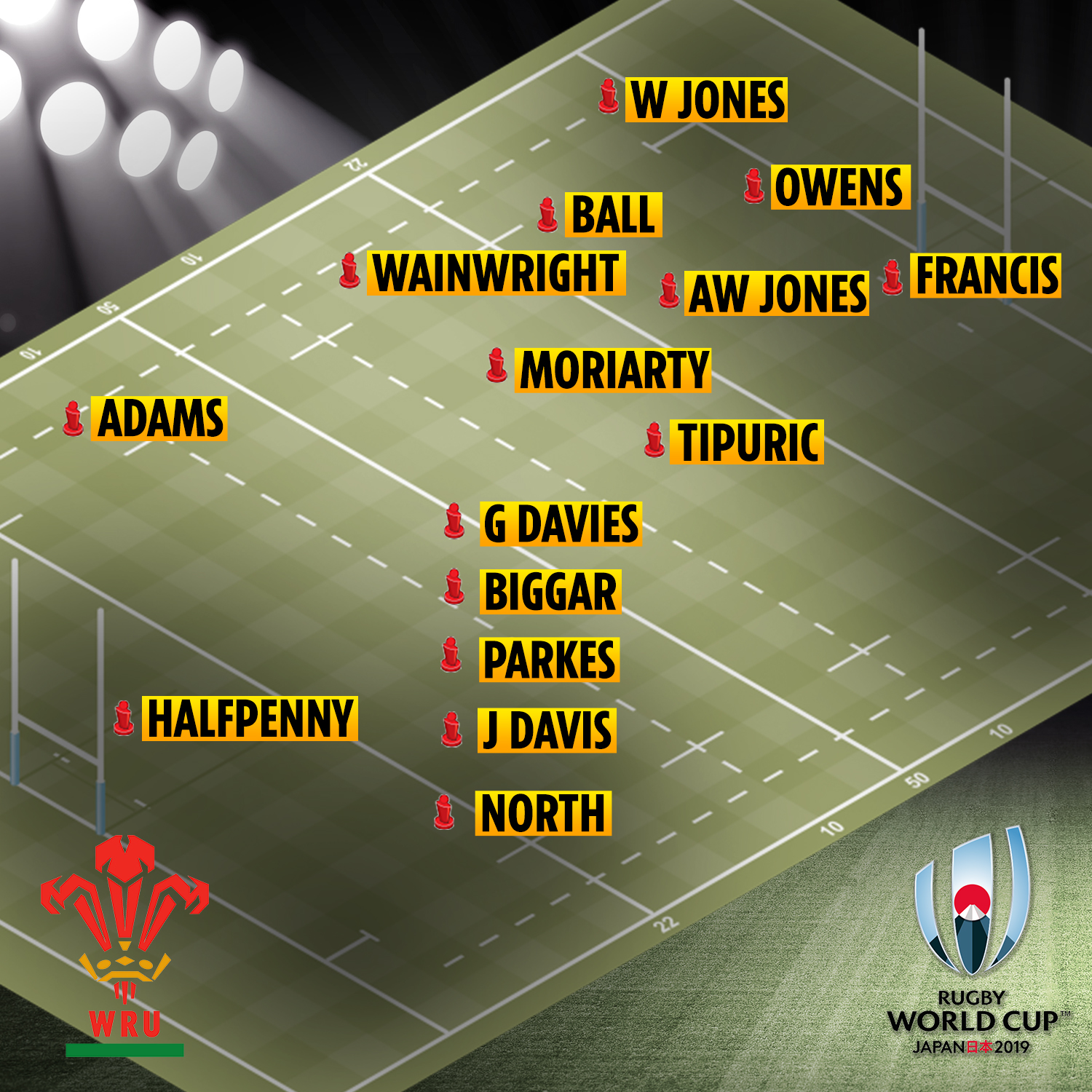 Wales should not have too many problems kicking though.

With Dan Biggar, Rhys Patchell on the pitch and Lion Leigh Halfpenny stepping in for Liam Williams, they have more than reliable men to slot it over between the sticks.

Don't rule out drop kicks either, Gatland's men were successful with two out of three against Australia in the pool stage game, while South Africa nailed one themselves against the All Blacks.

Last of all, let's not forget this is a battle between the two most-attacking and aggressive scrum-halves of the 2019 World Cup so far: Gareth Davies vs Faf de Klerk.

If the rest of the pitch lights up like the battle around the fringes of the scrum, it could be an absolute classic. 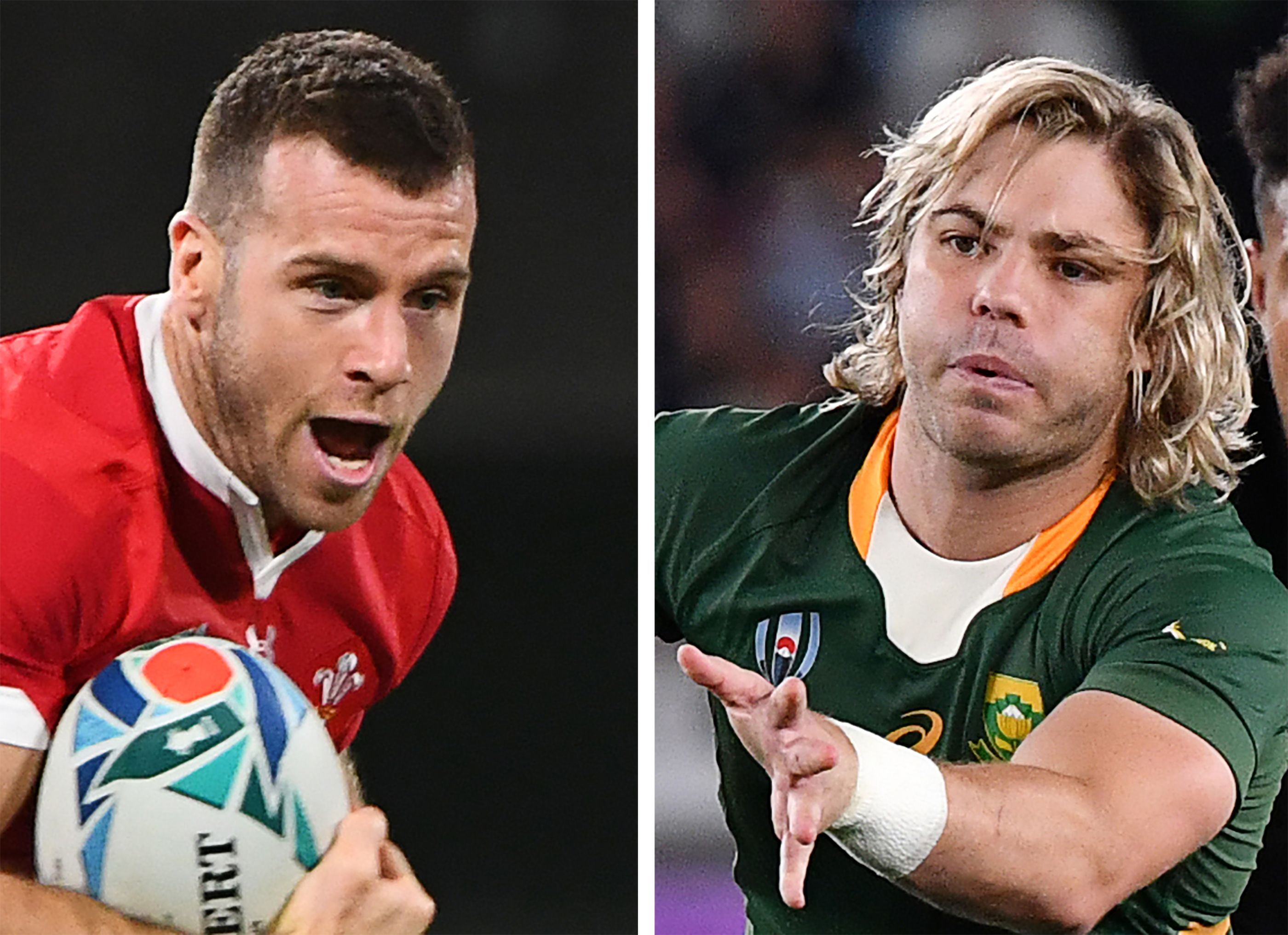 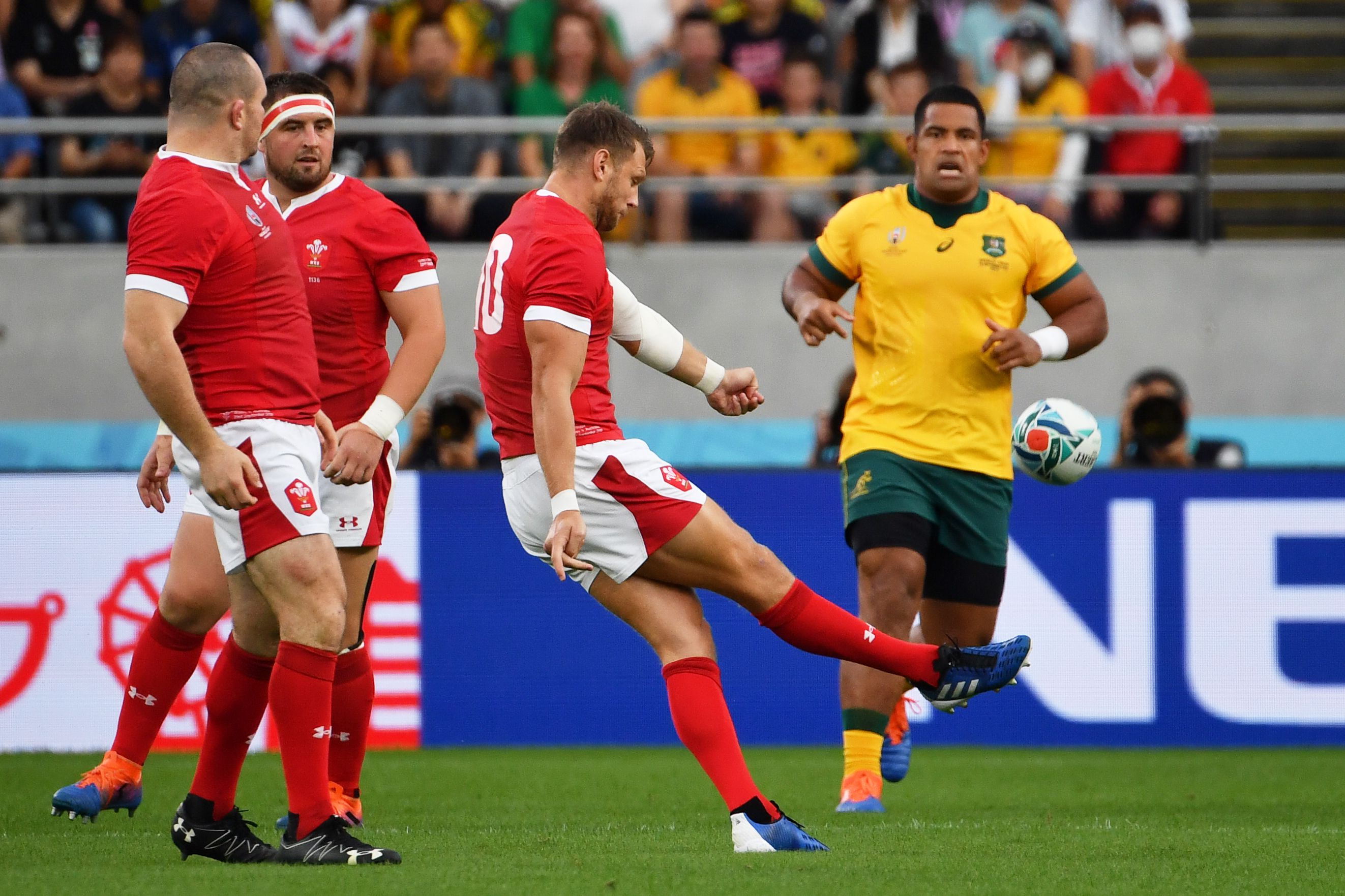 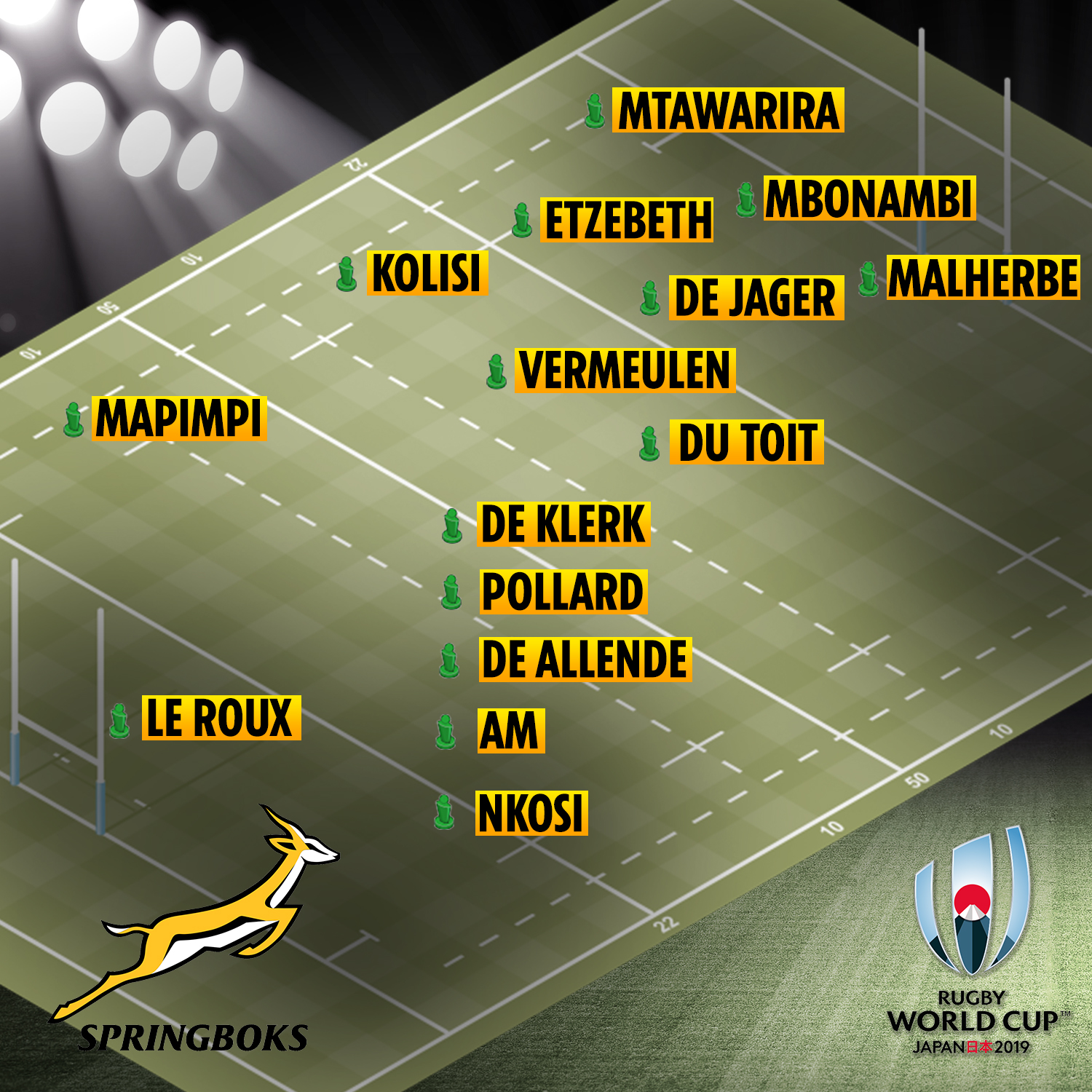