DANIEL STENDEL knocked back tequila slammers while being cheered on by fans just hours after he was sacked by Barnsley.

The German boss, 45, left Oakwell with the club 23rd in the Championship – just five months after getting them promoted. 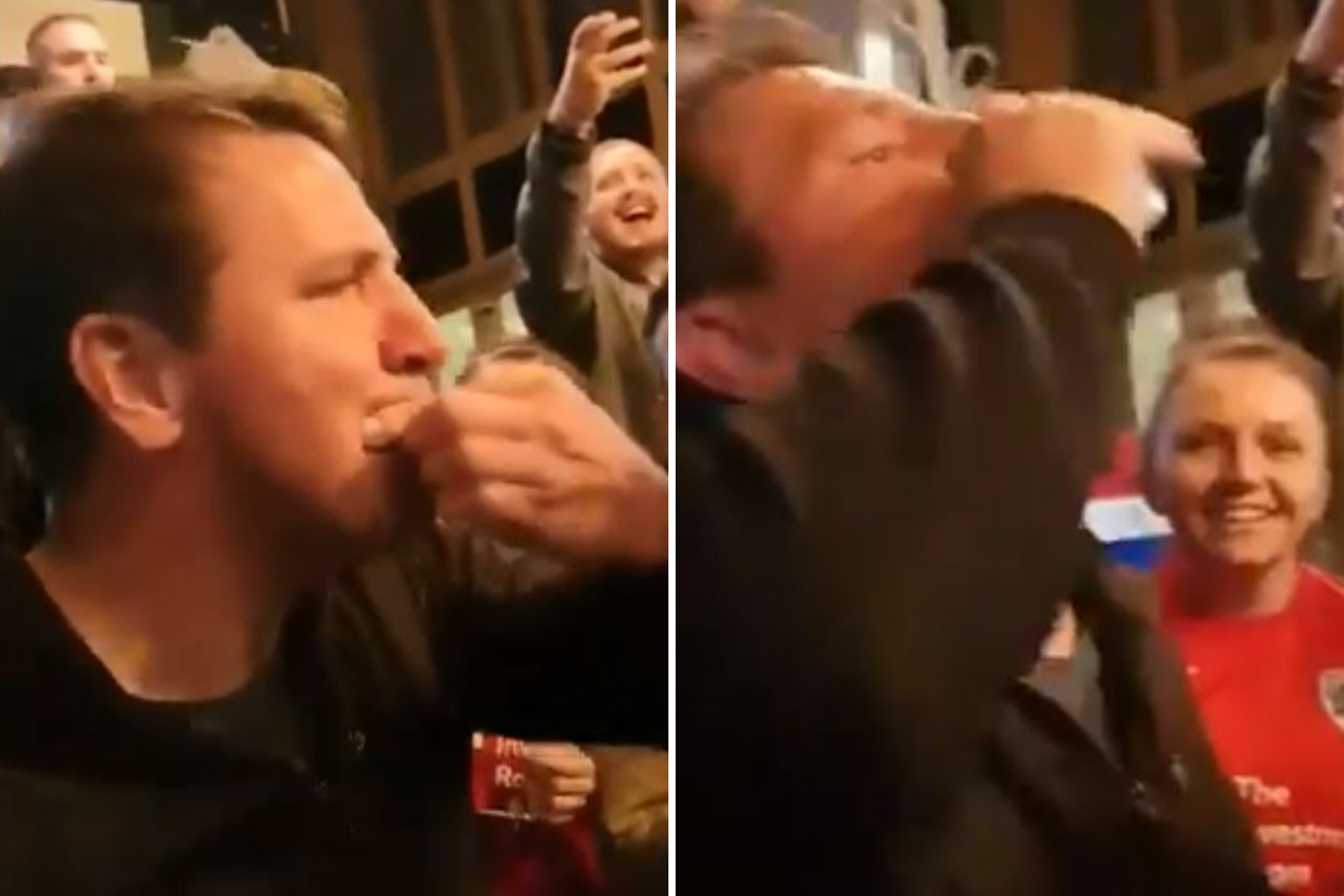 But just hours after he was given the boot, Stendel was cheered on in the pub as he knocked back the shots.

In a video posted to Twitter, the former Barnsley chief could be seen surrounded by fans outside a pub.

He and one of the supporters neck a shot of tequila, with Stendel grimacing as he bites down on the lime.

The German then hugs his drinking buddy, all the while roared on by the locals.

Stendel made a huge impact in his first season in charge of the Yorkshire club, securing automatic promotion from League One.

But the Tykes have found the step up harder than expected, despite beating promotion hopefuls Fulham in their first game.

Since then it has been a miserable experience for Stendel, with his side collecting just three points from their following ten matches.

Coupled with a dismal Carabao Cup exit to League Two Carlisle, Barnsley have also found goals hard to come by this term.

The Tykes have hit the target just eight times this season, the worst record in the Championship.