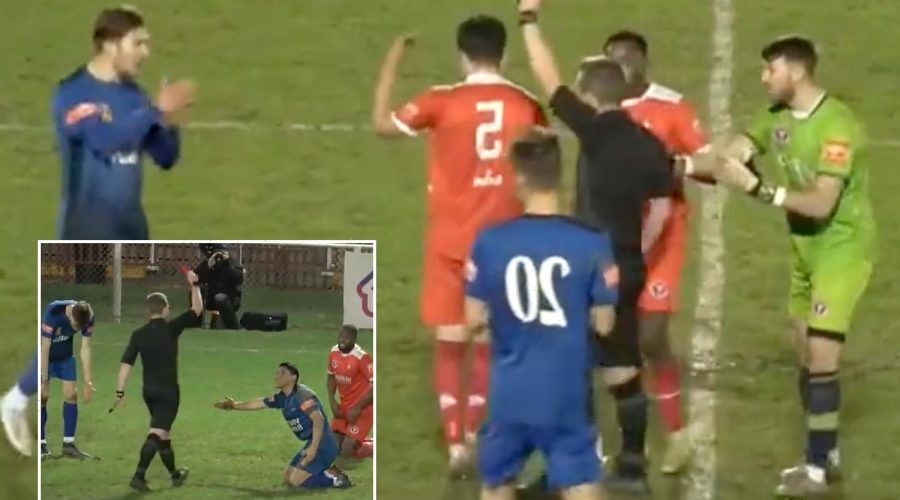 A NON-LEAGUE game descended into farce on Monday when FIVE players were sent off in a brutal affair that has since gone viral.

Whitehawk took on Three Bridges in what initially would have seemed an unremarkable Isthmian South East Division clash. 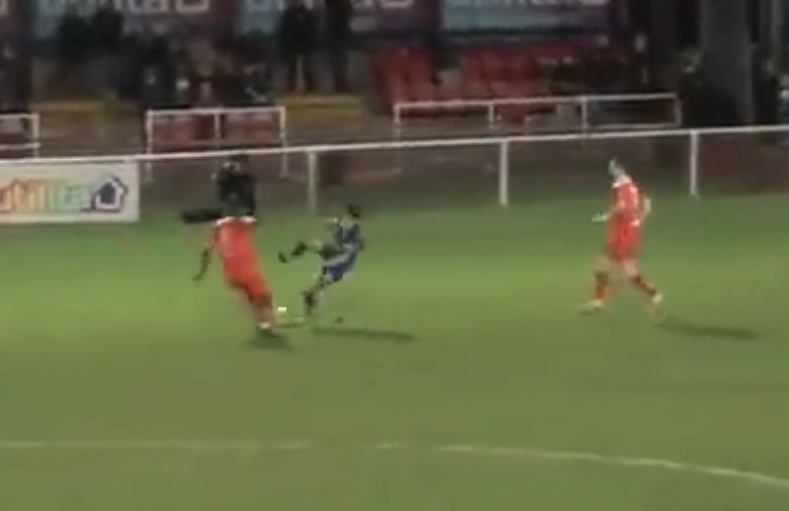 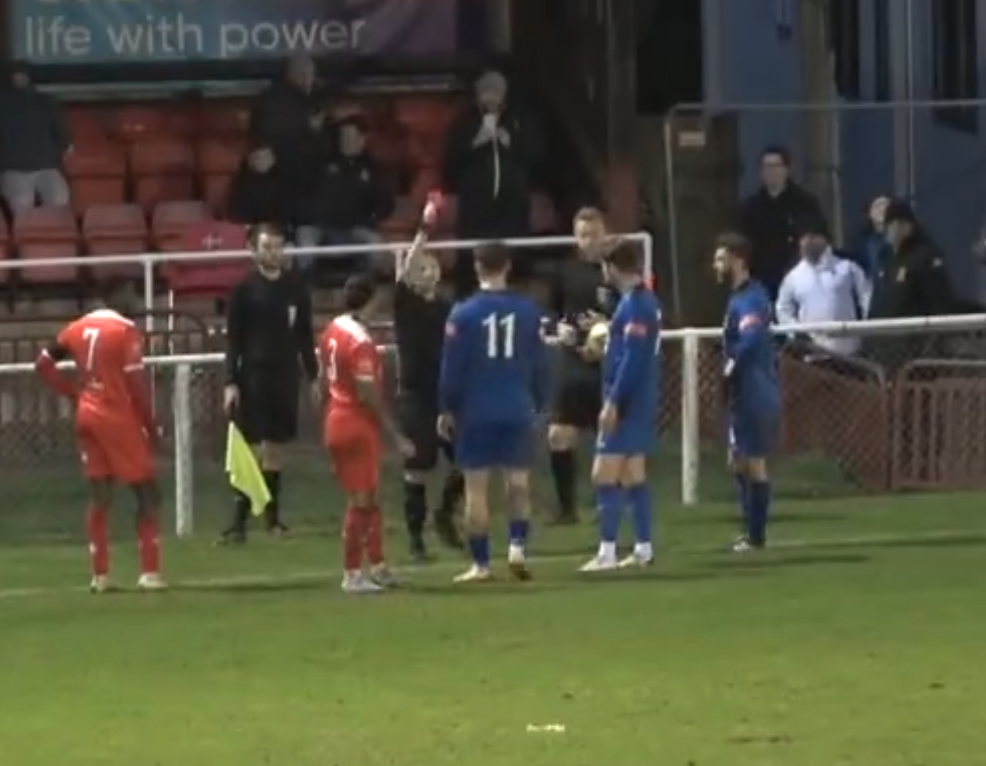 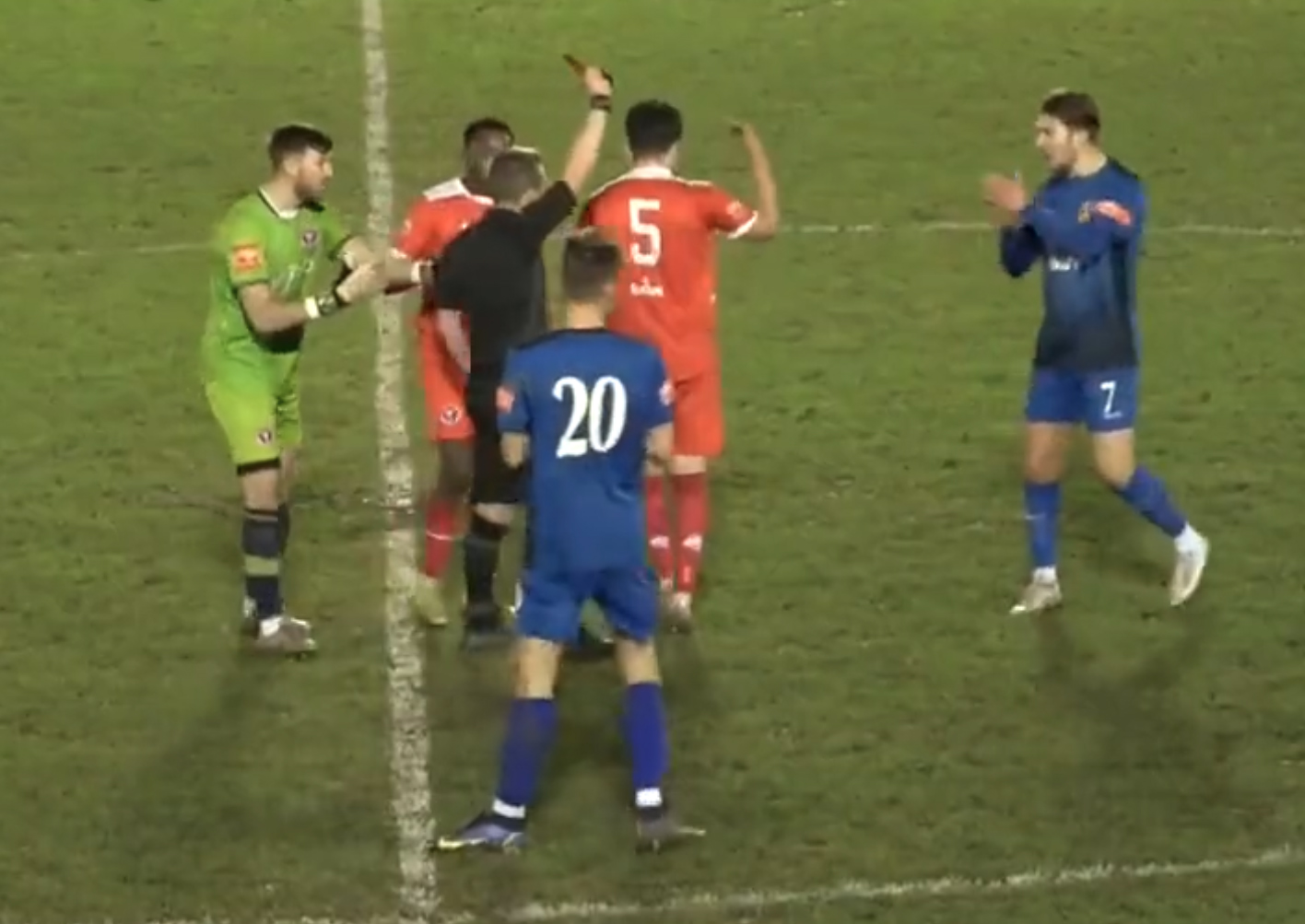 But it proved to be anything but.

The first half saw a dreadful goalkeeping blunder, when Hawks stopper Nathan Stroomberg-Clarke scuffed a pass straight to forward Noel Leighton, who calmly slotted past him.

It would turn out to be the game's winning goal, but certainly not its most memorable moment.

In the second-half rival players Joe Splatt and Brian Villavicencio got involved in a shoving match by the touchline.

Joe Stone and the aforementioned Leighton went steaming over as both teams engaged in pushing and shoving.

Splatt, Stone and Leighton were all shown reds, while Villavicencio was spared.

But his moment would come later.

The Hawks desperately pushed for an equaliser but found themselves growing ever more frustrated at the visitors' resistance.

Gritty fouls became more commonplace, with Three Bridges' nine men trying to hold onto the ball each time to delay the home side.

Bridges player Michael Wilson had become the latest visitor to fall on the ball to waste time.

And Alex Malins had had enough.

With the whistle having already gone he let his enthusiasm get the better of him, lunging at Wilson in a rugby tackle attempt to retrieve the ball.

He was shown his marching orders and parity was restored – nine vs nine.

Then came the fifth and final red card – and the most memorable of the lot.

As a corner was cleared Villacicencio, remember him? chased down Hawks ace Mo Kamara.

He launched himself into a shocking lunge, his boots catching Kamara above hip level.

Villavicencio somehow had the audacity to complain about the decision, claiming that he'd merely slipped.

Nice way for a wright wedding

But he was sent off nonetheless – although Three Bridges were able to cling on with eight-men to seal a fiery three points.

This incident in particular caught the internet's eye – with Gary Lineker calling it a 'classic' with three laughing emojis.

The result saw them leapfrog Whitehawk into 13th place as the pair scrap it out, quite literally, in lower mid-table. 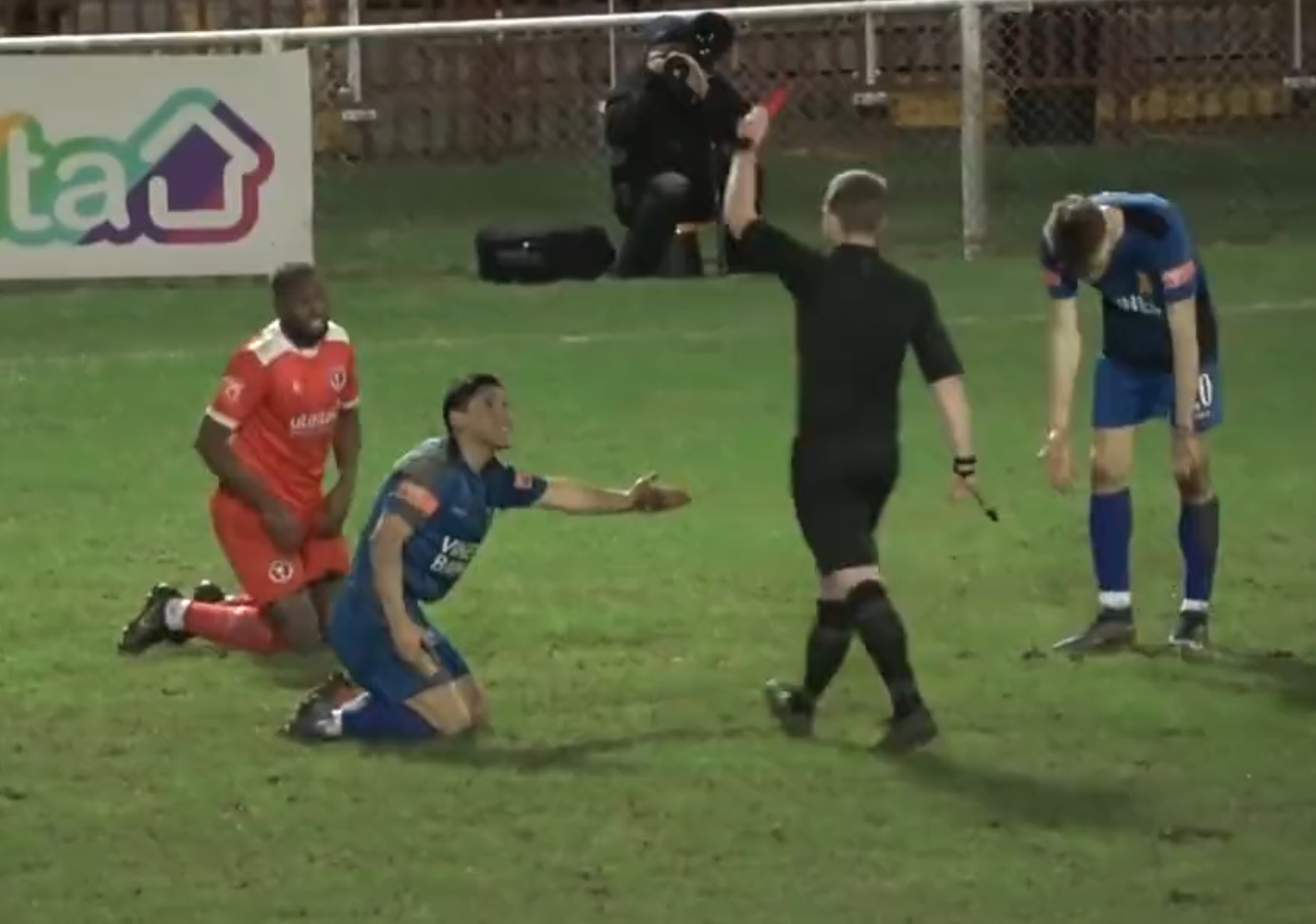