THIS is the hilarious moment an exotic PARROT invaded a football pitch and caused havoc with Brazil's national women's team.

The Brazilians, among the biggest names in women's football, played a practice match at Teresopolis near Rio de Janeiro on Saturday. 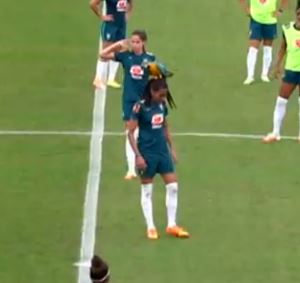 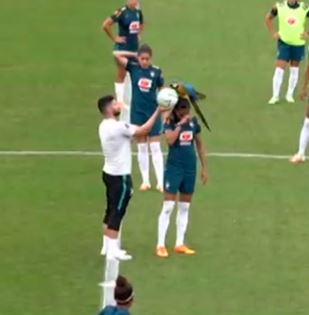 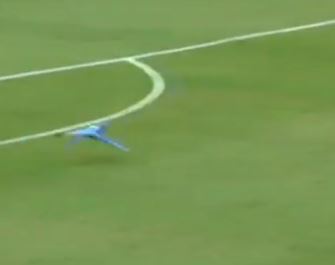 But play had to be halted when a giant parrot flew across the pitch – and landed on defender Bruna Benites' head.

A male coach raced on to lure the blue and yellow-feathered bird away by holding up a football for it to perch on.

The exotic creature then flapped its wings and flew off – landing on a crossbar before disappearing.

The Rio club Internacional star posted a video on Instagram and likened the incident to the destruction of her country's rainforests.

She wrote: "I have to take advantage of this event to express my deep sorrow at everything that is happening with the rainforest.

"Thousands of animals are dying because of the fires. If they continue, it'll be impossible to see scenes like in this video any more.

"Let's be aware and protect nature, our greatest heritage."

The parrot has become the latest in a series of non-human pitch invaders to disrupt football matches.

Dogs, cats, squirrels, chickens, owls and even pine martens have previously taken to the field midway through fixtures.