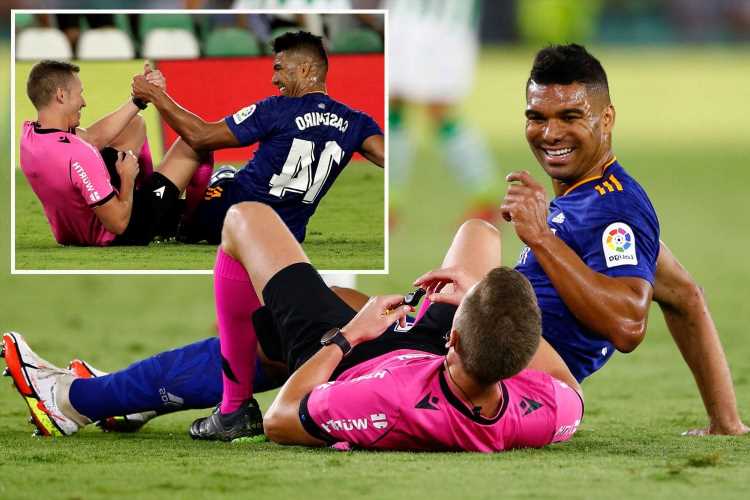 REAL MADRID star Casemiro accidentally took out the referee during his team's 1-0 win at Real Betis on Saturday evening.

The midfielder, 29, was lunging for the ball when he caught ref Alejandro Hernandez, 38, in a hilarious incident. 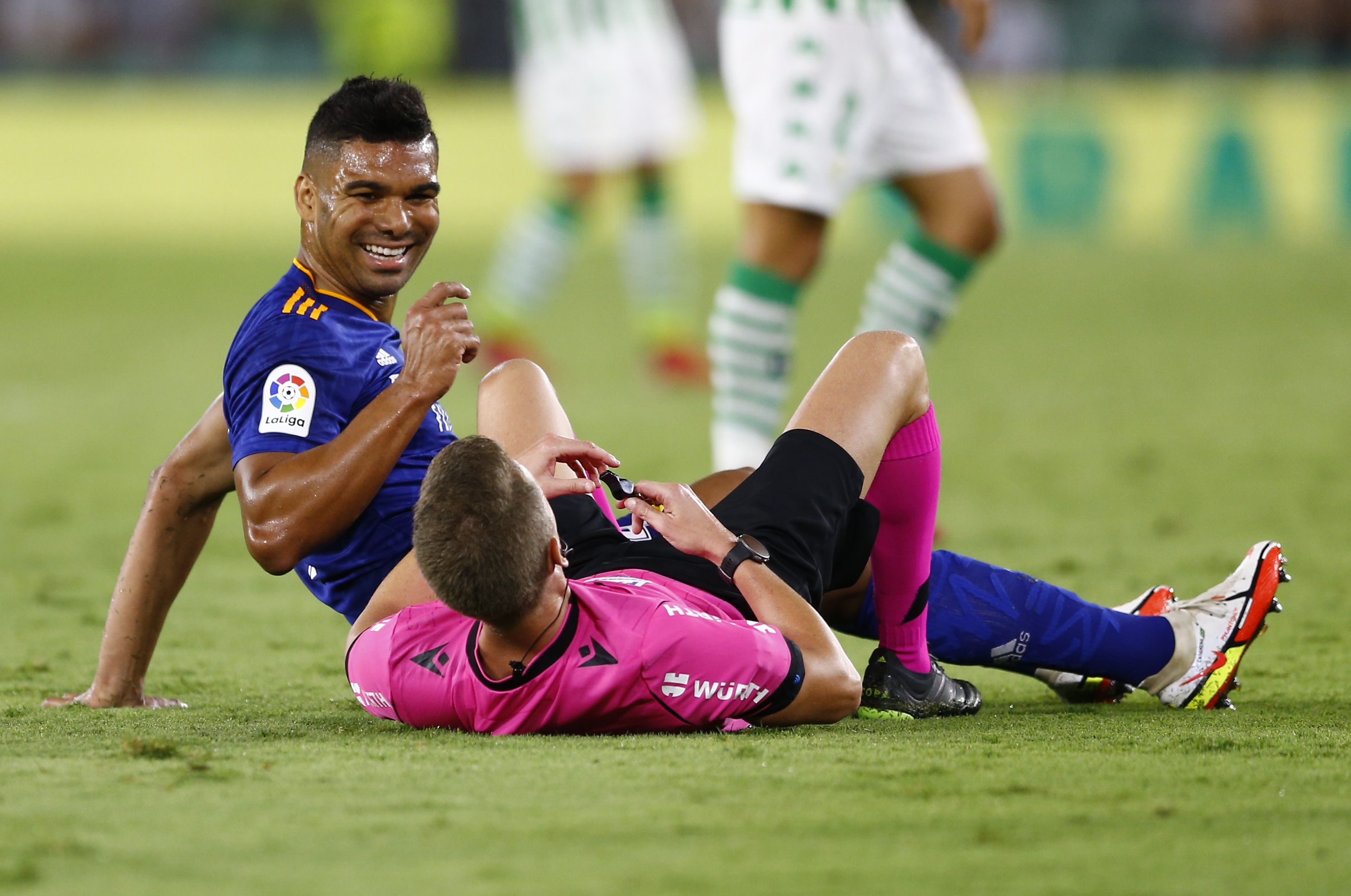 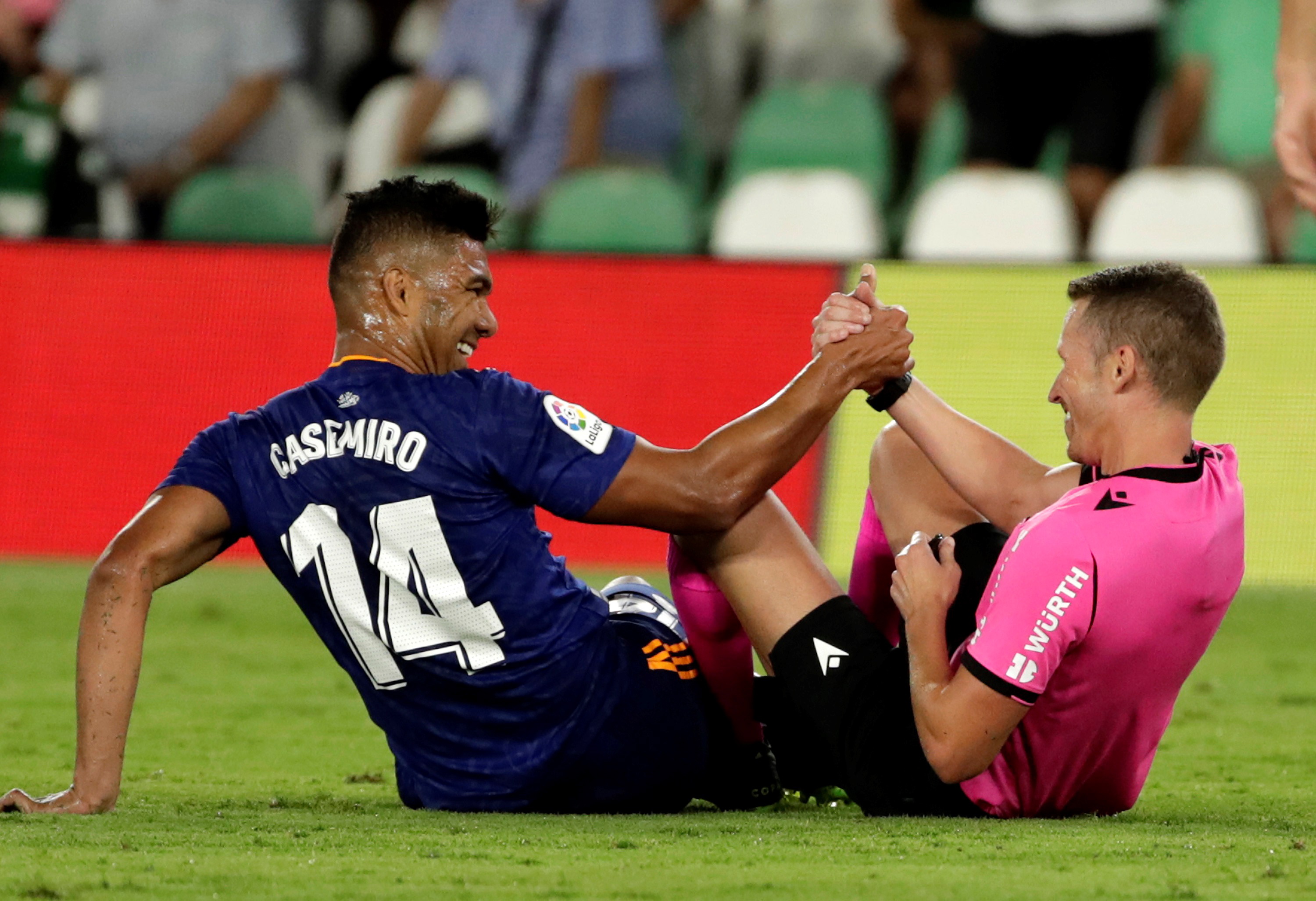 The referee's unfortunate tumble happened in the 58th minute of the game at the Estadio Benito Villamarin, with the score 0-0.

Casemiro was trying to intercept a weak pass from a Betis player, sliding for the ball as it dribbled past Hernandez's feet.

The Brazil international managed to get the ball and it flew out of play, but he also caught the ref.

Hernandez, who has been officiating in LaLiga for nine years and is a Fifa-listed referee, tumbled to the ground – much to the delight of fans.

Laughing was heard around the stadium as Casemiro enjoyed a smile with the official, perhaps asking him why he was standing so close to the play.

And the Real player was even happier moments later when Dani Carvajal scored the winner to send the Spanish giants top of LaLiga.

Hernandez thankfully avoided injury and managed to complete the game, showing a yellow card to Casemiro in the final few minutes.

Fans were loving the tackle on social media, with one asking: "Why did Casemiro do that to his team-mate?"

While another tweeted: "Clever refereeing, drew the foul."

Real's attention now turns to their pursuit of Paris Saint-Germain star Kylian Mbappe – as they are reportedly lining-up a £154milllion bid.

But the French club are rumoured to be demanding £188m for the World Cup winner, who has a year left on his existing deal.