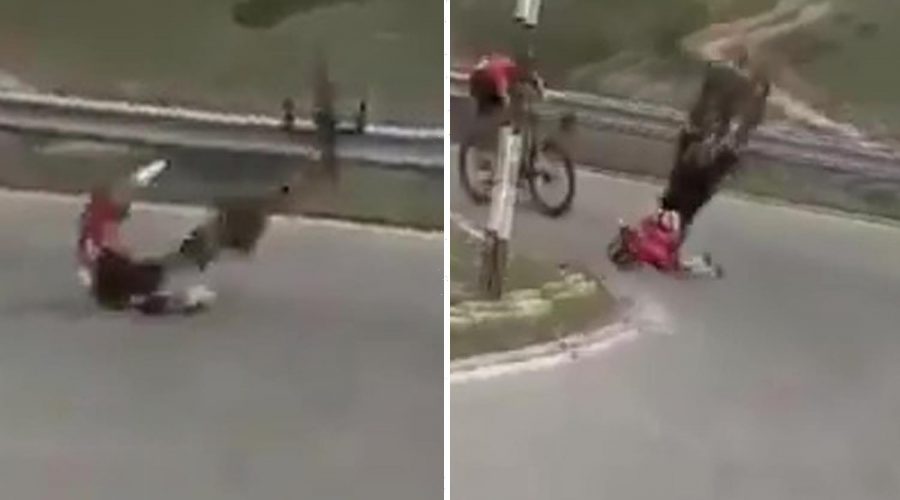 RACER Matej Mohoric catapulted head-first into the road as his bike snapped in two during a sickening downhill crash.

The Slovenian was taken to hospital on a stretcher and ruled out of the rest of the Giro d'Italia after he flipped head over heels at high speed. 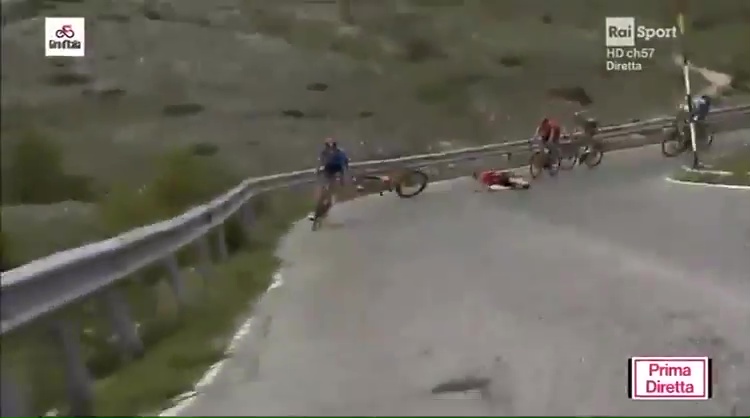 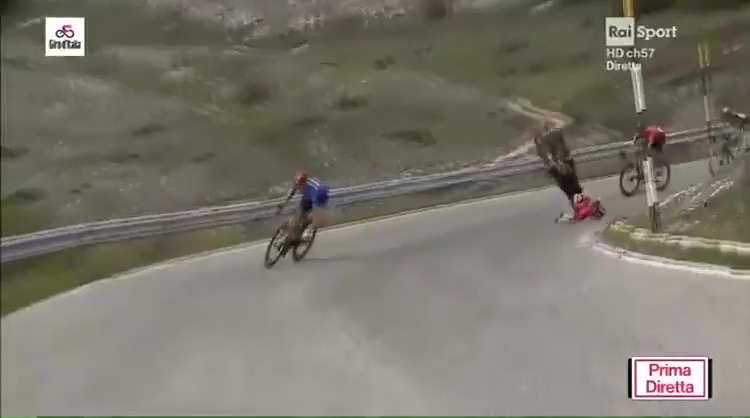 Mohoric somehow got up on his own and slumped over the barriers in shock.

He even appeared to consider mounting the spare bike and continuing.

But the 26-year-old was assessed for concussion and an ambulance took him away.

Mohoric was in an early breakaway group on stage nine as riders descended the Passo Godi.

He was nestled in behind Bahrain Victorious team-mate Gino Mader when he seemed to lose grip on a left-hand corner.

Mohoric 's wheel appeared to regain a hold on the tarmac but he careered into a curb, sending him flying over his handlebars and spearing into the ground on his head.

His bike was in pieces, pretty much ripped in two by the impact.

And although Mohoric certainly looked shaken, he might feel he was lucky to escape without more obvious physical injuries.

New guidelines on concussion this season mean first responders must assess a crash victim if they think there has been a head impact.

So Mohoric's condition was checked out at the scene before further assessment at hospital.

Mohoric's Bahrain Victorious team said in a statement: "He has been taken to the hospital by ambulance for radiological diagnostics.

"He is being kept under observation according to UCI concussion protocol."