The Bundesliga outfit travelled to Stamford Bridge hoping to seal their dream of reaching the Europa League Final. 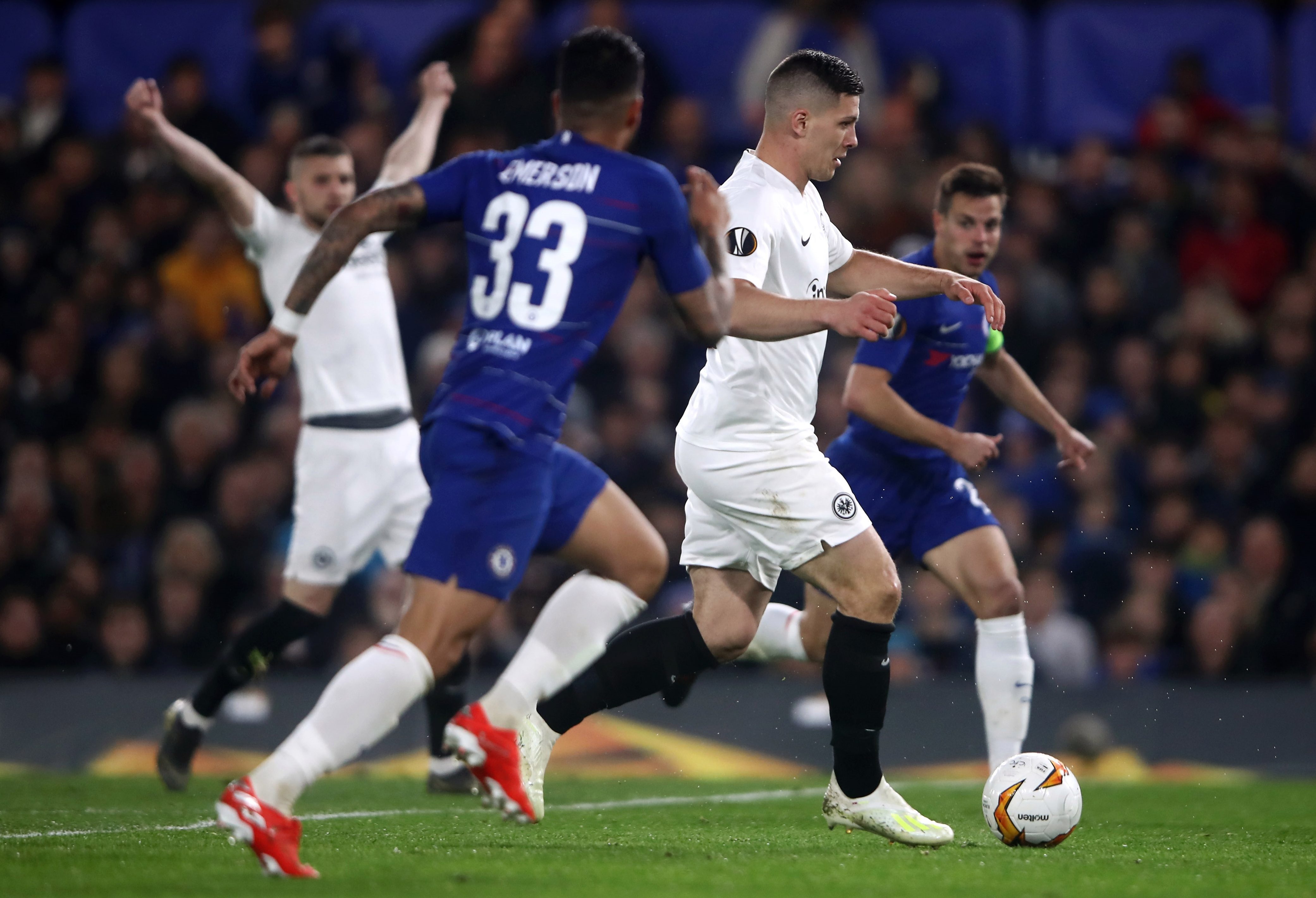 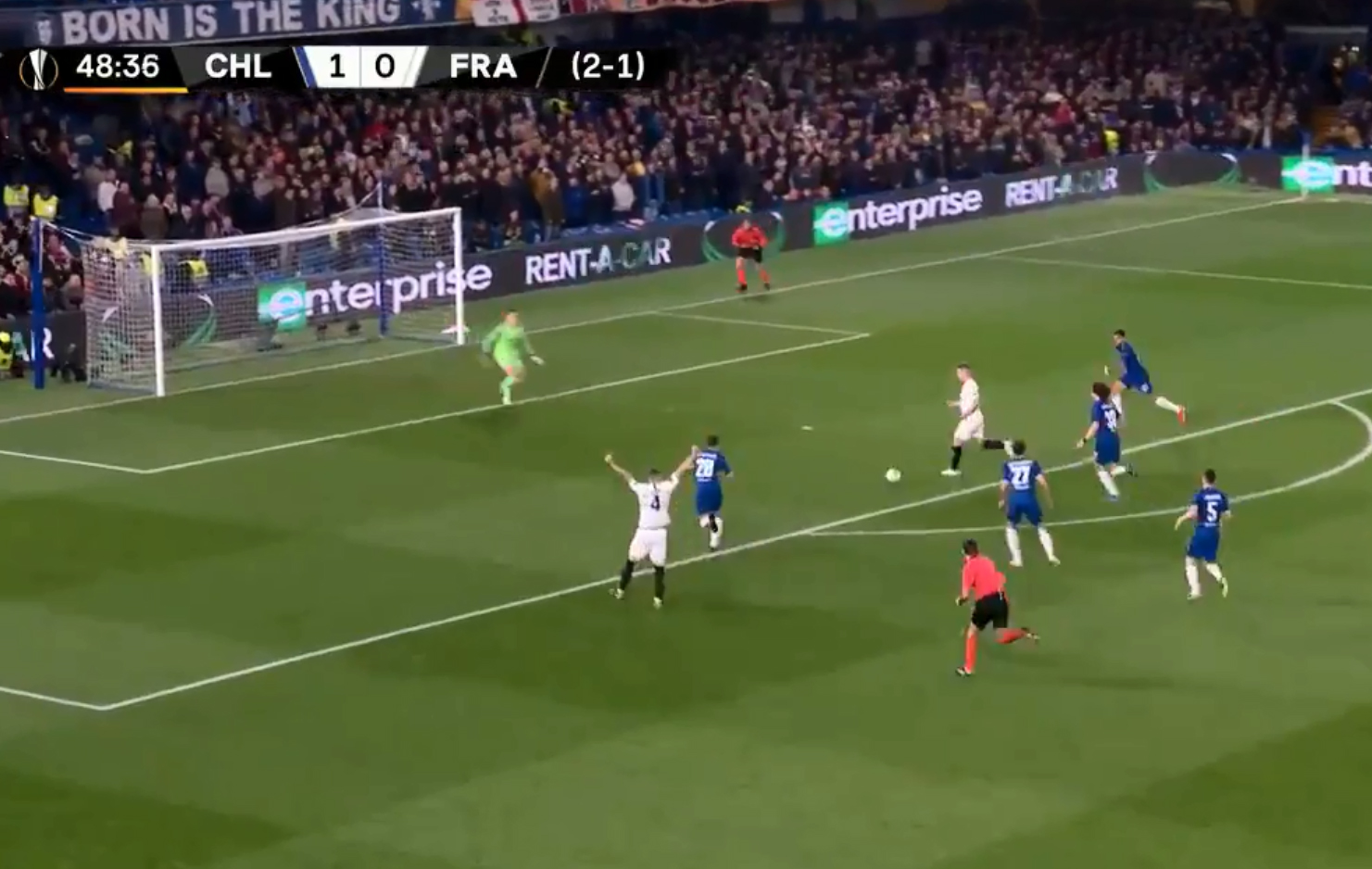 They suffered a first half blow as Ruben Loftus-Cheek fired the Blues ahead in West London following the 1-1 draw in Germany.

But Frankfurt remained a danger throughout and when their opportunity came they took it with both hands.

However, goalscorer Jovic did not even need to touch the ball before his team-mate Rebic began celebrating.

Just as the Serbian hitman was played through on goal, Rebic threw both hands up in the air in delight.

Just as the Croatian thought, Jovic made no mistake in levelling the tie.

And few could argue that Rebic’s total confidence in his pal’s ability was misguided.

That was Jovic’s 27th goal of the season and tenth in the Europa League.

But even still, Twitter still loved the total faith shown by Rebic as it exploded into life after the incident.

One fan said: “Alpha mentality by Rebic, He knew it was going in before Jovic struck it.”

Another wrote: “Everybody deserves someone who believes in them as much as Ante Rebic believes in Luka Jovic.”

While a fellow fan commented: “Rebic even celebrates before Jovic scores just cos he knows he’s that good.”

“I need someone to trust me and believe in me like Rebic believed in Jovic,” declared another.

As another shared a screengrab of him arms aloft as Jovic lined up to pull the trigger and captioned it with: “When it just feels right @Eintracht #Rebic #Jovic #CHESGE.”

The game remained deadlocked after that strike as Chelsea and Frankfurt were forced to battle it out in extra-time to determine who would meet Arsenal in the final.