PEP GUARDIOLA was certainly in a party mood last night as he sang and danced on stage at Manchester City's title celebrations.

The Spaniard and his side showed off their Premier League, FA Cup and Carabao Cup trophies with an open-tour bus parade yesterday. 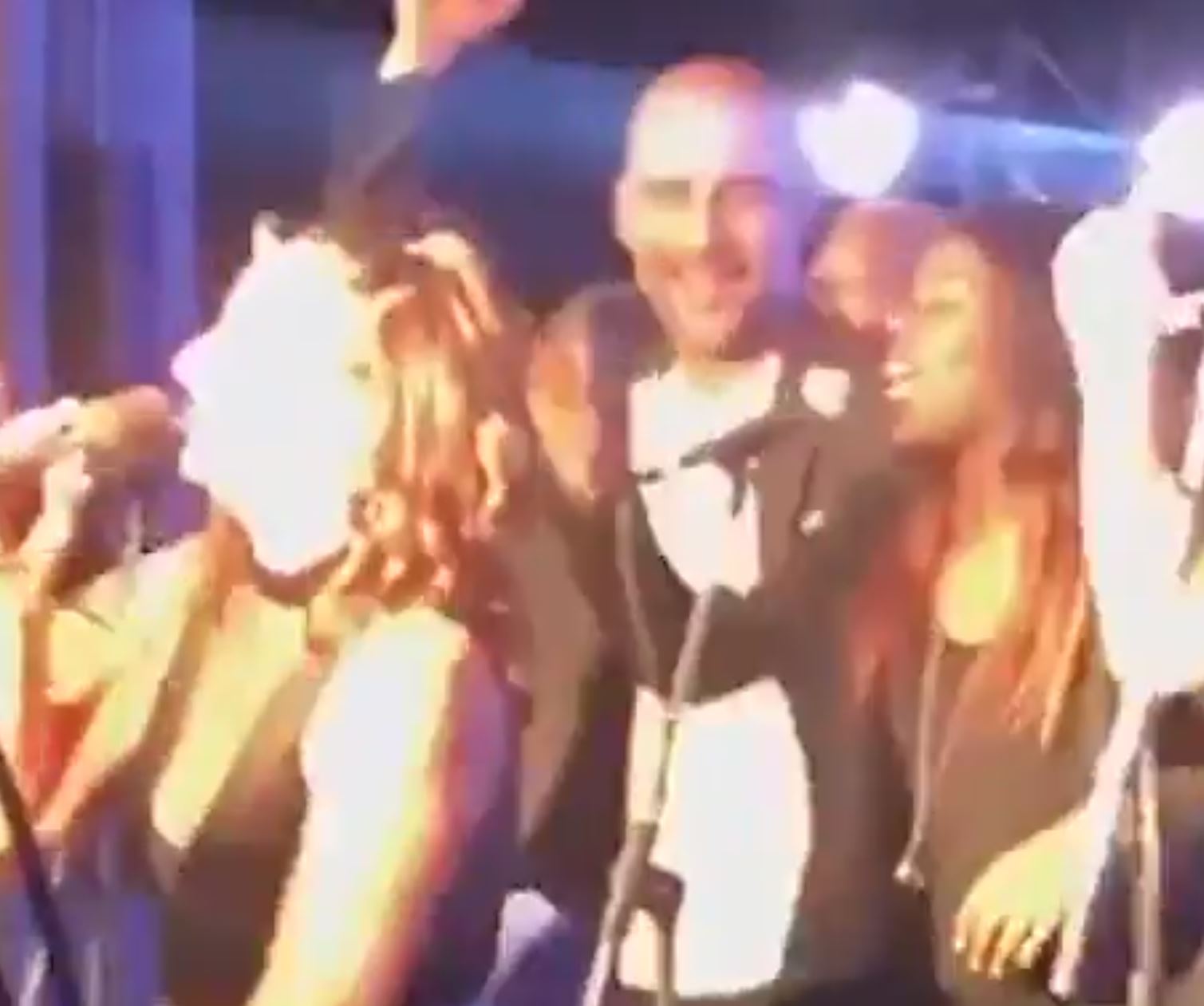 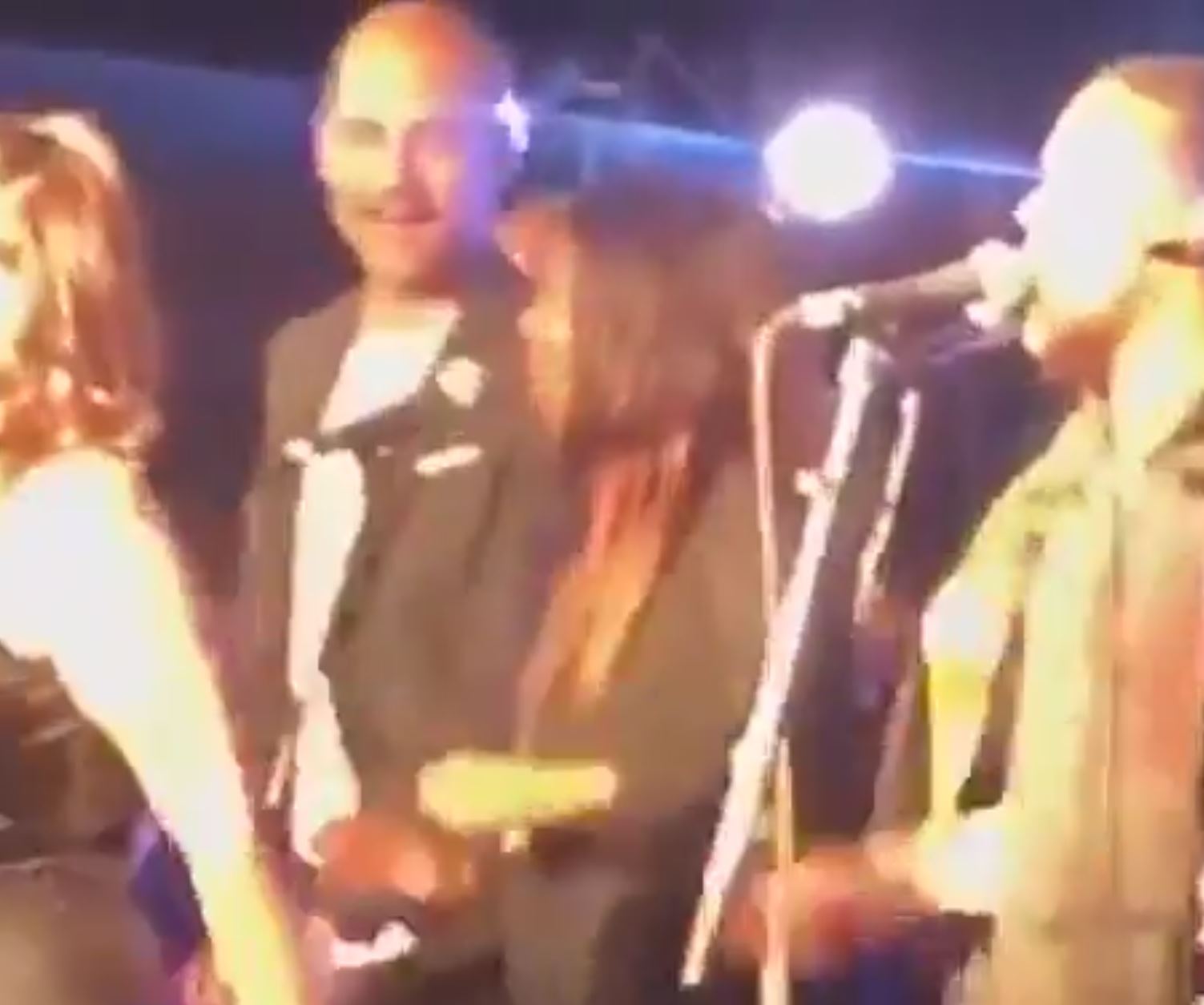 They became the first team in the history of men's football in England to secure a domestic treble.

And the City squad and staff finished off the celebrations with a trip to Manchester Cathedral.

But fans in attendance got more than they bargained for as manager Guardiola joined the backing singers for a performance on the stage to match those his sides delivered on the pitch this season.

He very much got into the spirit of things as he helped with a brilliant rendition of Madonna's Just Like A Prayer and Coolio's Gangsta's Paradise.

Guardiola, 48, often cuts an incredibly focused, intense figure throughout the season but was finally able to let himself relax and enjoy the celebrations after another successful campaign.

Now it's time to have good food, good wine and enjoy this incredible season together.

But he gave credit to his vast backroom staff for the latest trophy haul during the parade – with the likes of Brian Kidd, Rodolfo Borrell, Mikel Arteta and Manel Estiarte all playing their own part.

Wearing a flat cap gifted to him by the wife of the late Manchester City Life President Bernard Halford, Guardiola said: "Without them, it is impossible.

"When you are alone, it's boring. It's much better to do it together."

Guardiola joined in with the songs during the parade and also gave a special mention to club captain Vincent Kompany who is leaving the club after 11 years – but then insisted City's players, staff and fans must now enjoy the achievements of this season.

He added: "I think we're going to miss Kompany a lot.

"I'm going to miss him but he is going to see us in the future because he is coming back sooner or later. It's the best way to say goodbye after an incredible season together. He was a real captain, he helped us a lot.

"Now it's time to have good food, good wine and enjoy this incredible season together. In a few weeks we are going to think about it. Now we are going to enjoy what we have done." 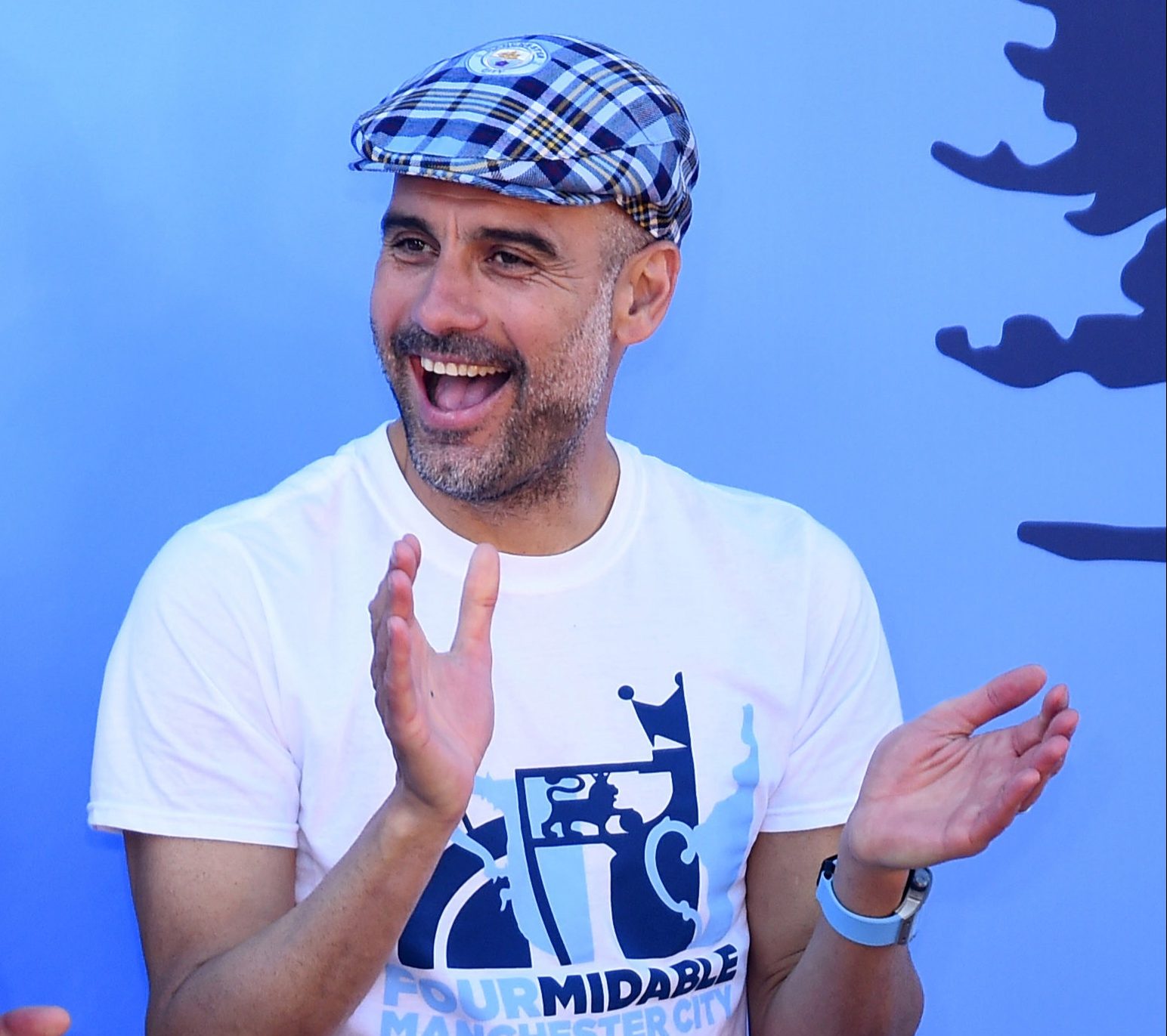