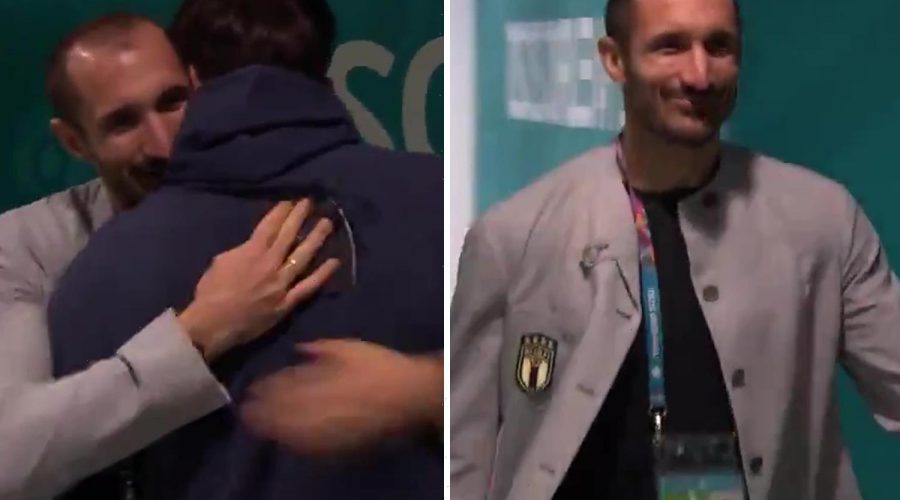 GIORGIO CHIELLINI gave unlikely pal Harry Maguire a hug and a "Big Man!" shout as they met in the Wembley tunnel before locking horns in the Euro 2020 final.

Italy skipper Chiellini has been in regular contact with the England defender after Fifa chief Gianni Infantino asked them about football reforms. 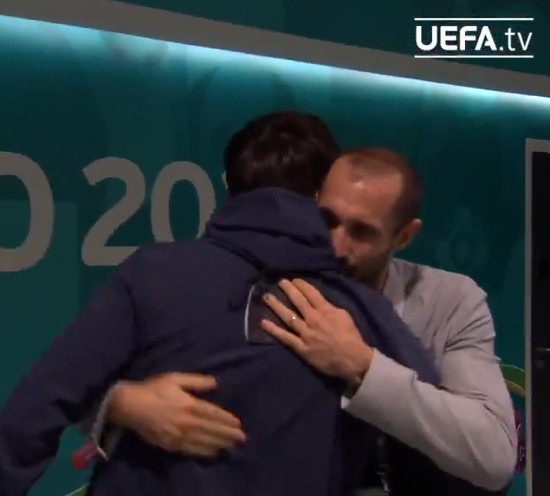 With Chellini captaining Juventus and Maguire leading Manchester United, it's tough to think of two more suitable (or harder) men for that job.

But Chiellini, 36, and fellow centre-back Maguire, 28, are putting aside their cordial relationship out in the middle tonight.

For the Juve legend it could be the final hurrah on the intenational stage.

And for Maguire it's the chance to be part of the only England team to ever win a major tournament – with the tiny exception of the 1966 World Cup heroes.

Chiellini removed his mask to give Maguire a huge embrace and beaming grin before kick-off on Sunday night.

But from that moment it became a hug of war – as the two teams chased an historic victory.

Maguire had an extra player alongside him as Gareth Southgate switched from 4-3-3 to 3-5-2.

So the pace of Kyle Walker will be alongside the more traditional central-defensive attributes of Maguire and John Stones.

Kieran Trippier came in at right-back, with Bukayo Saka missing out and Phil Foden absent altogether due to a foot injury suffered in training.