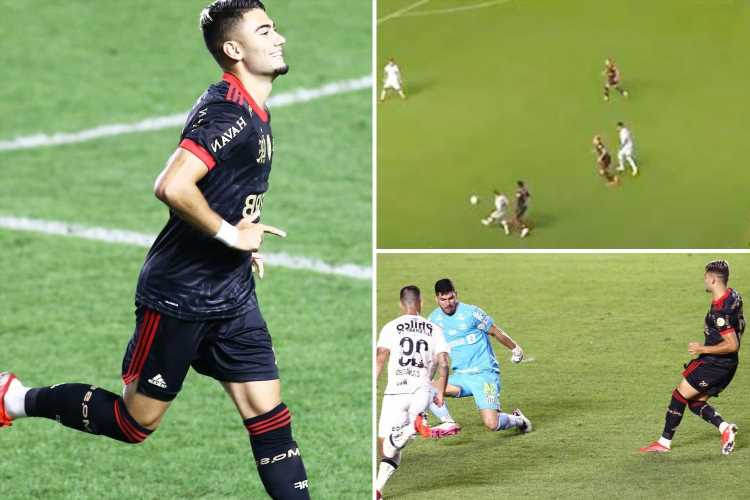 ANDREAS PEREIRA capitalised on a defensive howler to score on his Flamengo debut.

The Brazilian midfielder is spending this season on loan in his father's homeland from Manchester United. 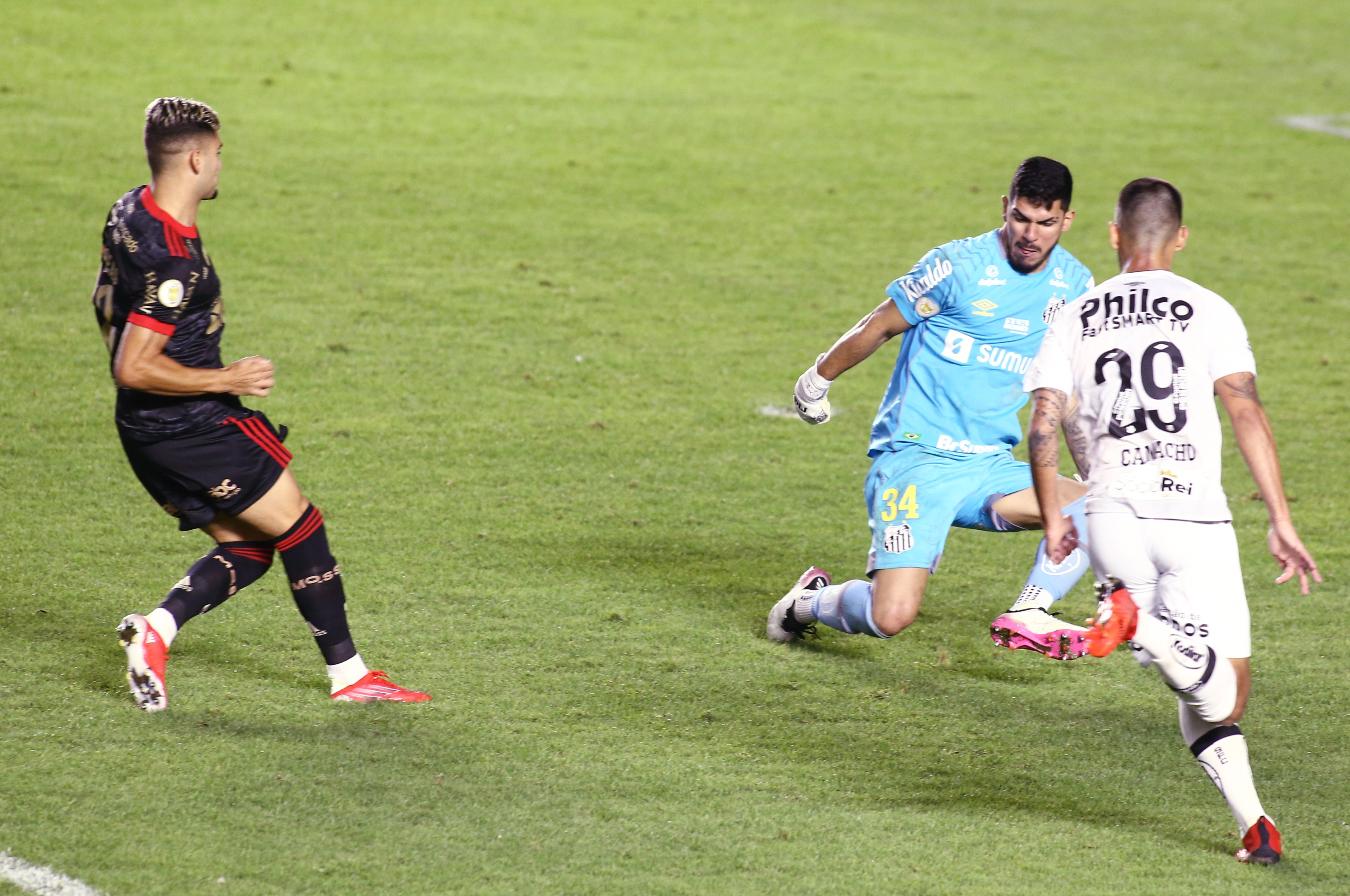 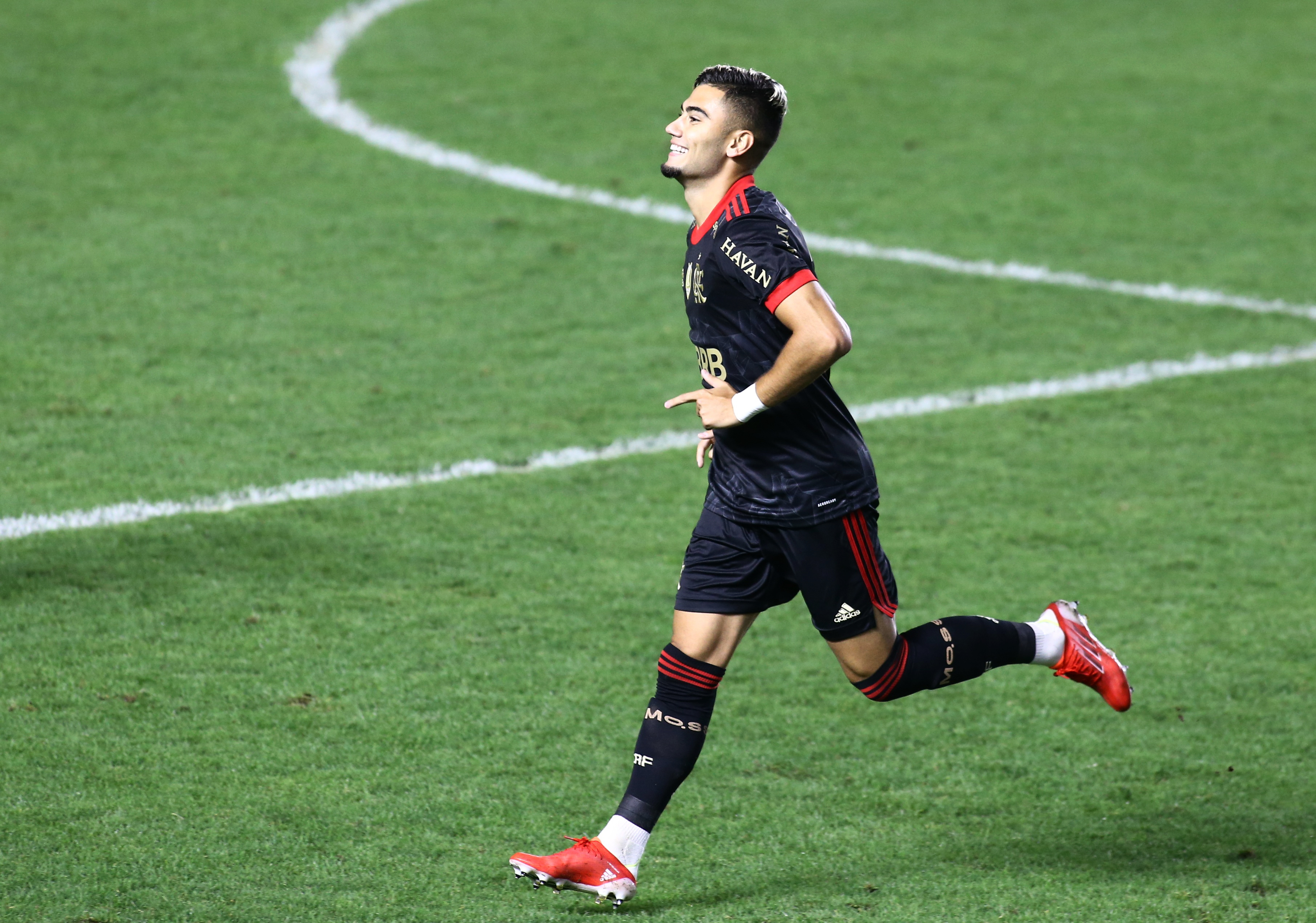 And he got off to the perfect start – thanks in large to the Santos blunder.

With six minutes to go in their Brazilian Serie A clash, a Santos player tried to turn out of trouble and played a wayward backpass.

But rather than picking out the centre-back, the ball rolled past him towards the penalty area.

He latched on to the loose ball and got their before the onrushing goalkeeper.

With his first touch, he calmly slotted it into the back of the net from 17 yards.

And the 25-year-old raced away to celebrate with his new team-mates.

The goal made it 4-0 on the night for the champions away at Santos.

Barbosa was subbed off in a double switch on 81 minutes after completing his treble, while Pereira came off the bench at the same time to replace Giorgian de Arrascaeta.

And within three minutes, he had his first goal.

Pereira joined United youth set-up in 2011 from PSV Eindhoven and has 75 first-team appearances.

Unlikely to become a regular starter at Old Trafford, the former Belgium youth international – born in Duffel, Antwerp – is on his fourth loan spell after time with Granada and Valencia before Lazio and now Flamengo.

And plenty of United fans hope the goal will be enough to convince the Brazilian outfit to buy Pereira and get him off the books in Manchester.

One harshly wrote: "Yes now you better buy him.. see he's actually good. Please I beg you just buy him."

Another joked: "Goal of the year, hope they buy him. He's so good."

And a third quipped: "I'm glad he's found his level."