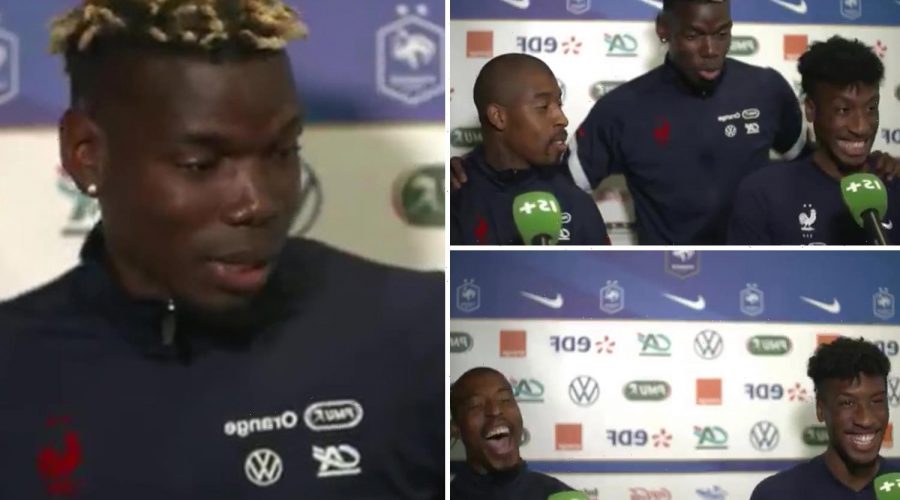 PAUL POGBA made very clear that he was not in talks with Paris Saint-Germain in a hilarious exchange with two of his France team-mates. 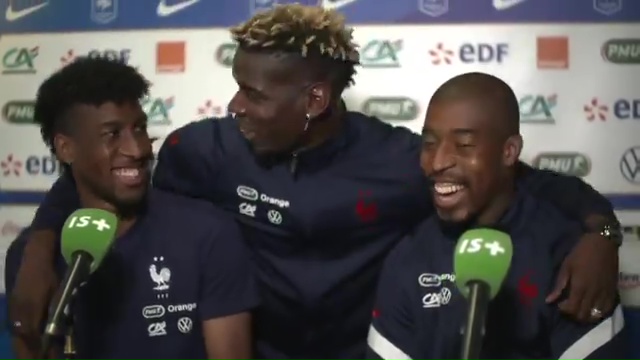 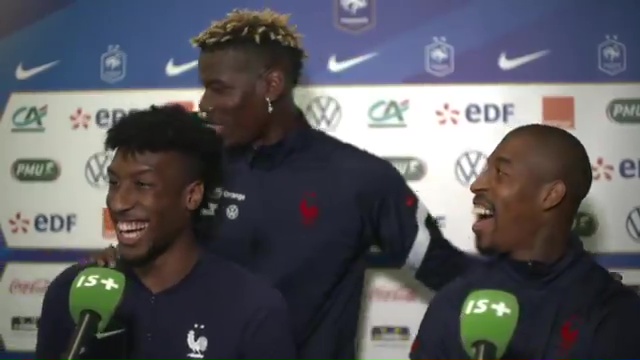 Popping up from behind the pair, he interrupted their Infosport chat to, quite simply, have a bit of a catch up.

PSG defender Kimpembe and Coman, a former winger for the Ligue 1 club, laughed as he emerged and Pogba asked about the topic of conversation.

With Paris on the agenda, the 28-year-old confirmed that he is from the city having grown up in the suburb of Lagny-sur-Marne.

Pogba quickly cottoned on and when asked by Coman if there had been any 'contact' over a transfer, he quickly shot back: "Huh? No."

Kimpembe burst out laughing as his pal exited stage right, adding an extra comment off camera.

After five years at Manchester United, Pogba's contract expires next summer and the club are reportedly concerned about losing him on a free.

According to ESPN, PSG are among the clubs who would be interested in signing him if he were to become available.

There is said to be little expectation that a serious bid will land for his services this summer.

But United want to agree a new deal with Pogba and may be forced to cash in if there is little prospect of that happening.