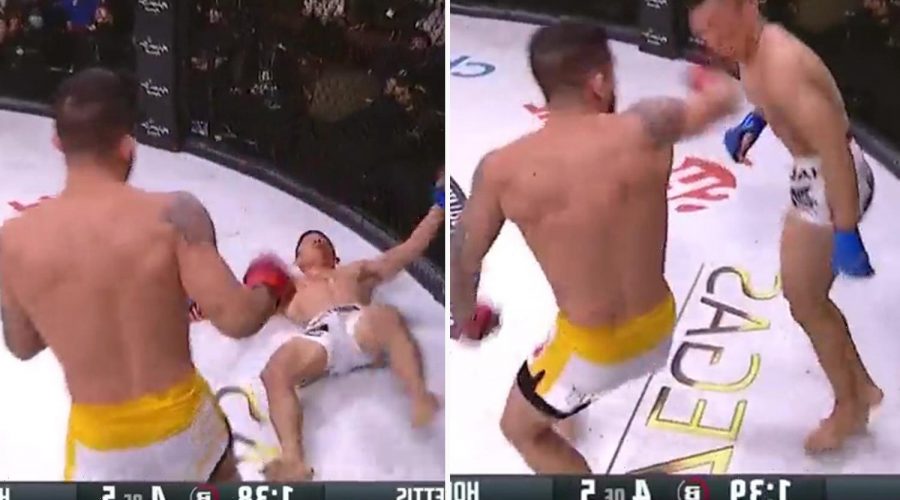 MMA star Sergio Pettis produced one of the KOs of the year as his spectacular spinning punch knocked Kyoji Horiguchi out cold.

American Pettis avoided almost certain defeat with the phenomenal strike and it sent the commentator wild. 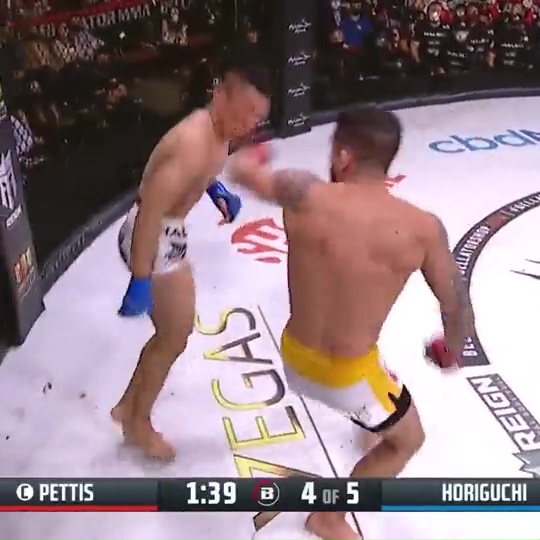 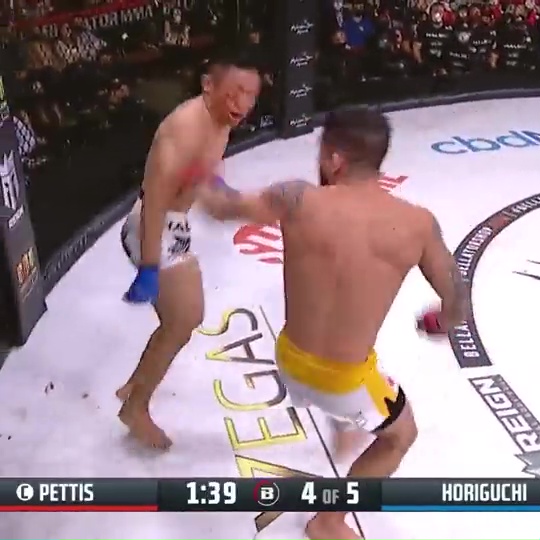 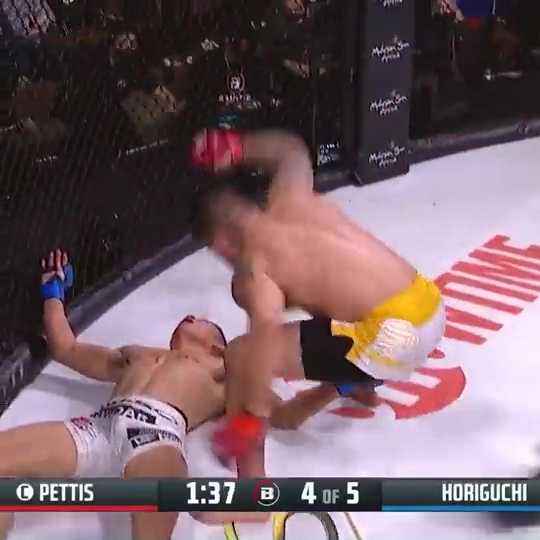 Pettis was miles behind on the cards as dominant Horiguchi easily won the first three rounds on Friday night.

But the bantamweight clash at Bellator 272 was turned on his head three minutes and 24 seconds into the fourth round at the Mohegan Sun Arena in Connecticut, USA.

The pair got into a close-quarters scuffle and Pettis threw a high-kick.

Horiguchi ducked under it but Pettis used his kick momentum to carry him into a spin and the resulting punch landed perfectly on his opponent's cheek.

The Japanse was immediately knocked out and was sent sprawling to the canvas.

Pettis went to close it with a hammer punch but his opponent was long gone and the ref pulled him off.

Speaking after the fight, Pettis said: "I was just like, ‘Man, I’m losing this fight. I’ve got to do something spectacular.’

"And it came out at the right time."

Horiguchi had landed 73 strikes to Pettis' 19 before the KO and he also had the upper hand on the floor.

But Pettis delivered the decisive blow and that was all she wrote.

He added: “I needed to face some adversity, and tonight Horiguchi gave me all of that.

“Man, it was hard trying to time his rhythm, try to get his movement down, but man, I just had to open up.

"My coaches always tell me, ‘If you open up, you’re one of the best in the world,’ and that’s what I’m pushing for.

The TV commentator seemed lost for words and simply said: "ARE YOU KIDDING ME?!"

And fight fans online were loving it.

"OMGGGGGGGG. That might be the finish of the year. Consider the moment, the technique, the devastation of it. Unbelievable."

And Marc Raimond called it: "Unreal."

With the win, Pettis moved to 4-0 in Bellator.

Pettis' brother Anthony placed a $10,000 bet on his sibling but cashed out when it looked like he was going to lose.