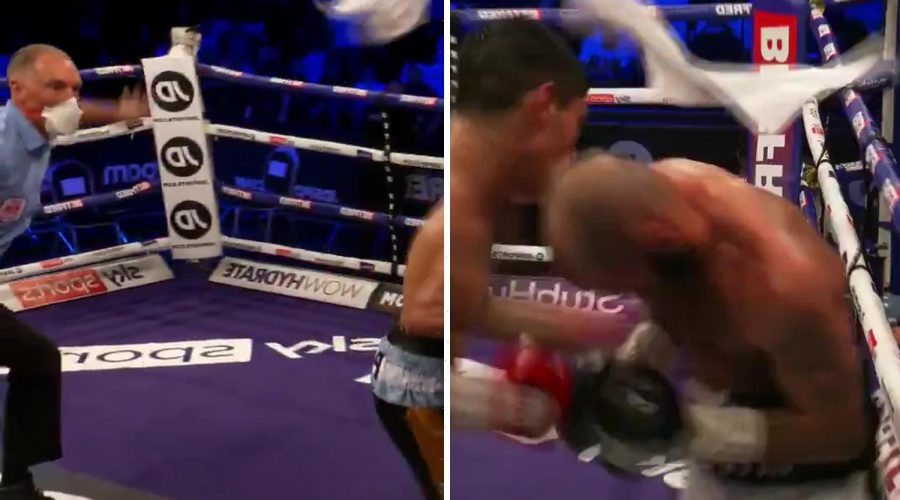 BOXING referee Steve Gray tossed out the towel thrown in by Lewis Ritson's corner as fans fumed the fight was allowed to go on.

Ritson was dropped in round ten by Argentine opponent Jeremias Ponce but beat the count. 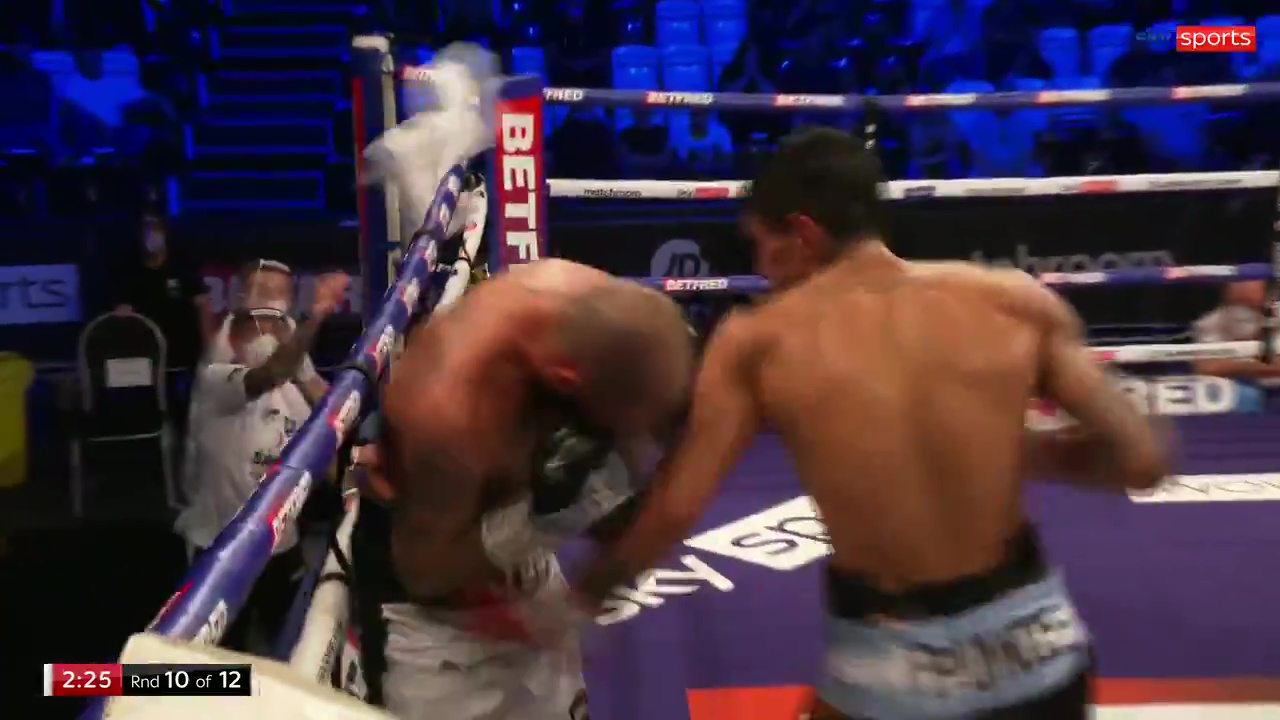 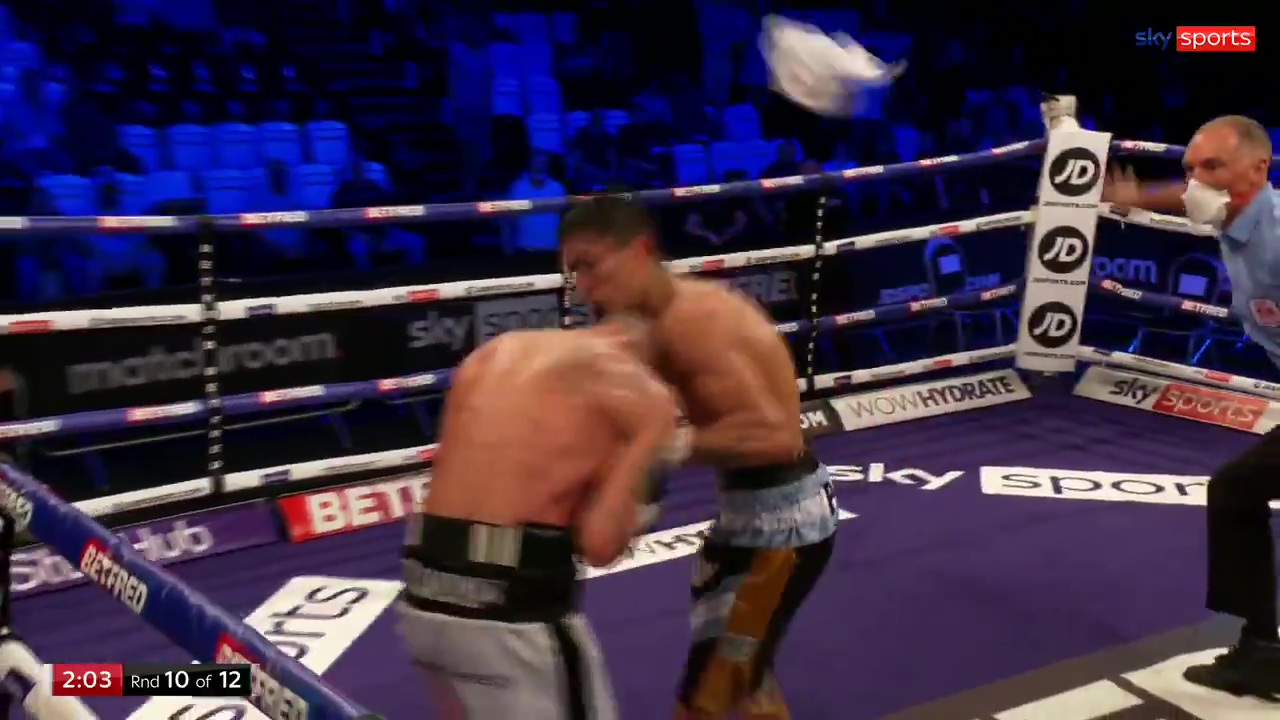 The Newcastle favourite, headlining in his hometown, was then backed up against the ropes as Ponce hammered away.

Ritson's dad and trainer David then threw in the towel to end the fight, but official Gray had other ideas.

Per the rules, a ref has the right to reject the towel if he feels the fighter is fit to continue.

But it proved a disastrous call as soon after Ritson, 27, was dropped with a body shot and given another eight-count.

Again, the super-lightweight contender got to his feet, only to be floored again as Gray finally waved off the fight.

Another said: "Criminal refereeing that."

One added: "Ref said its not over until I say so."

Promoter Eddie Hearn told Boxing News: "They've got some footage of Steve explaining it and he said because it was a body shot and you got up, I thought you should continue.

"Steve Gray's a very good referee but [Ritson was] not in the fight, not going to win the fight.

"So why? And actually it didn't affect anything in the end and it was fine but it could have.

"Because all he was doing was protecting his body so his head was wide open.

"Luckily he said he never got hurt to the head during the fight anyway."