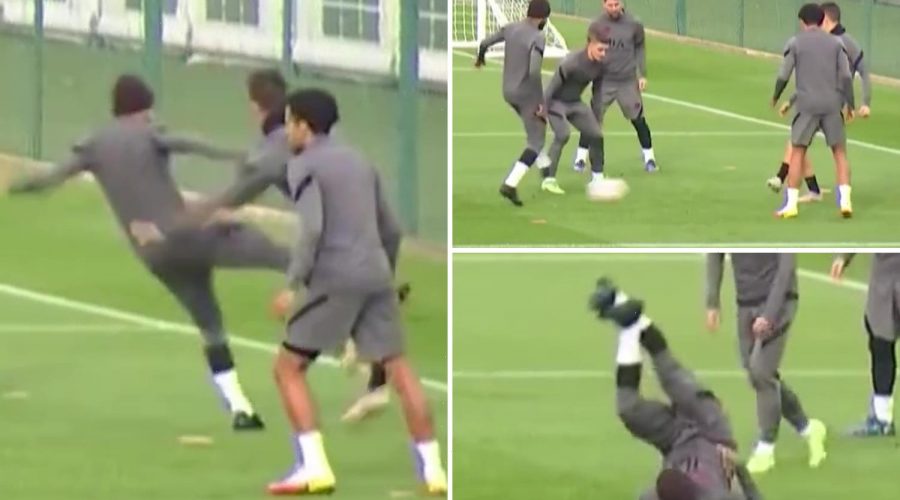 PARIS SAINT-GERMAIN star Neymar kicked out his team-mate Ander Herrera after being humiliated in training.

Some of the squad, including Lionel Messi and Kylian Mbappe, were taking part in a training drill ahead of their Champions League clash against RB Leipzig. 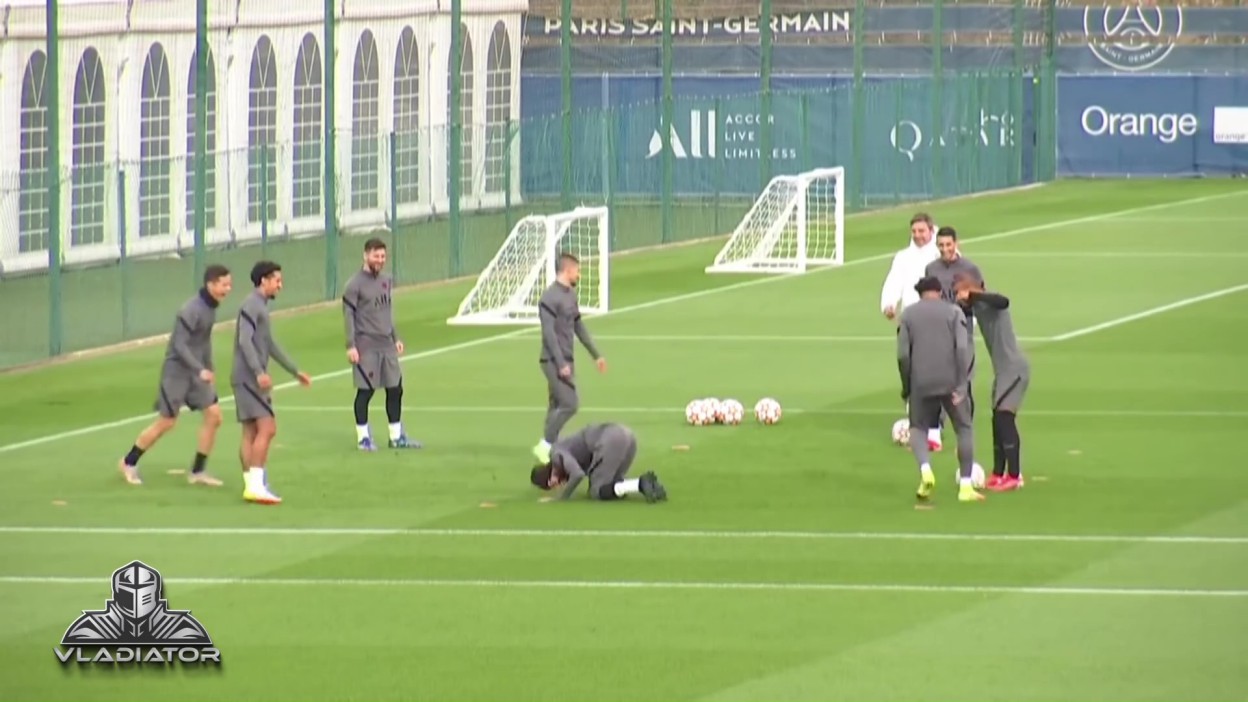 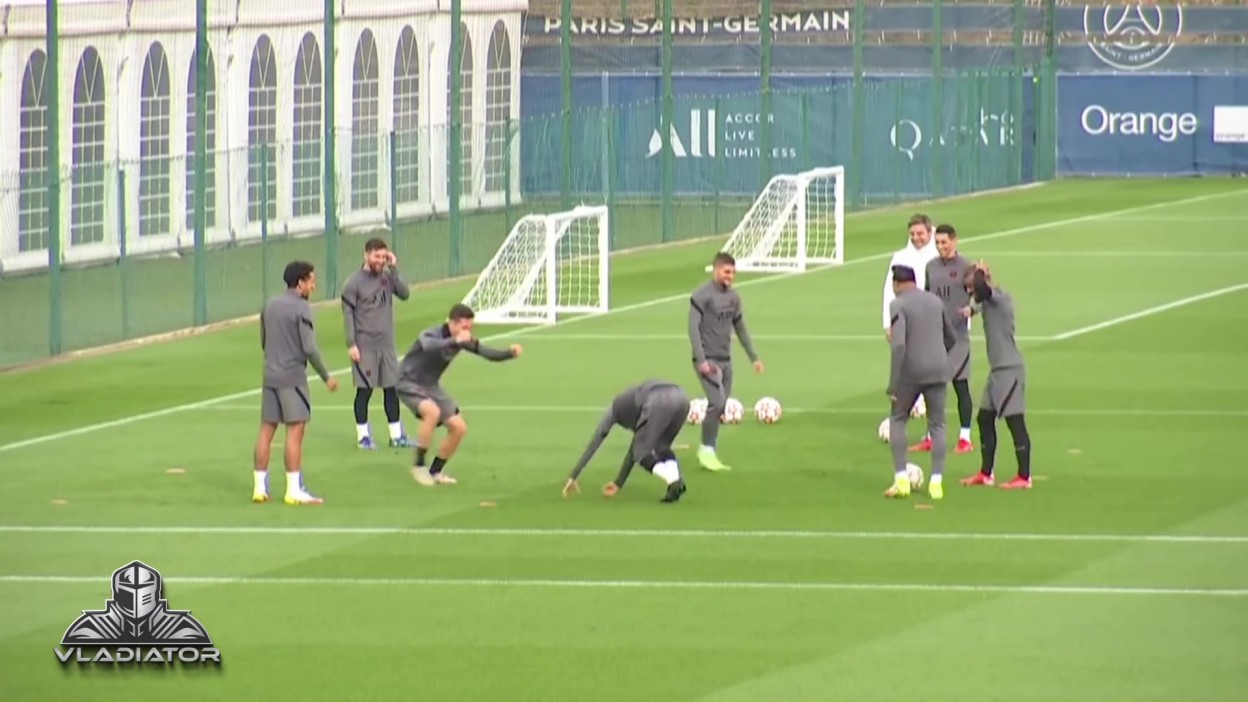 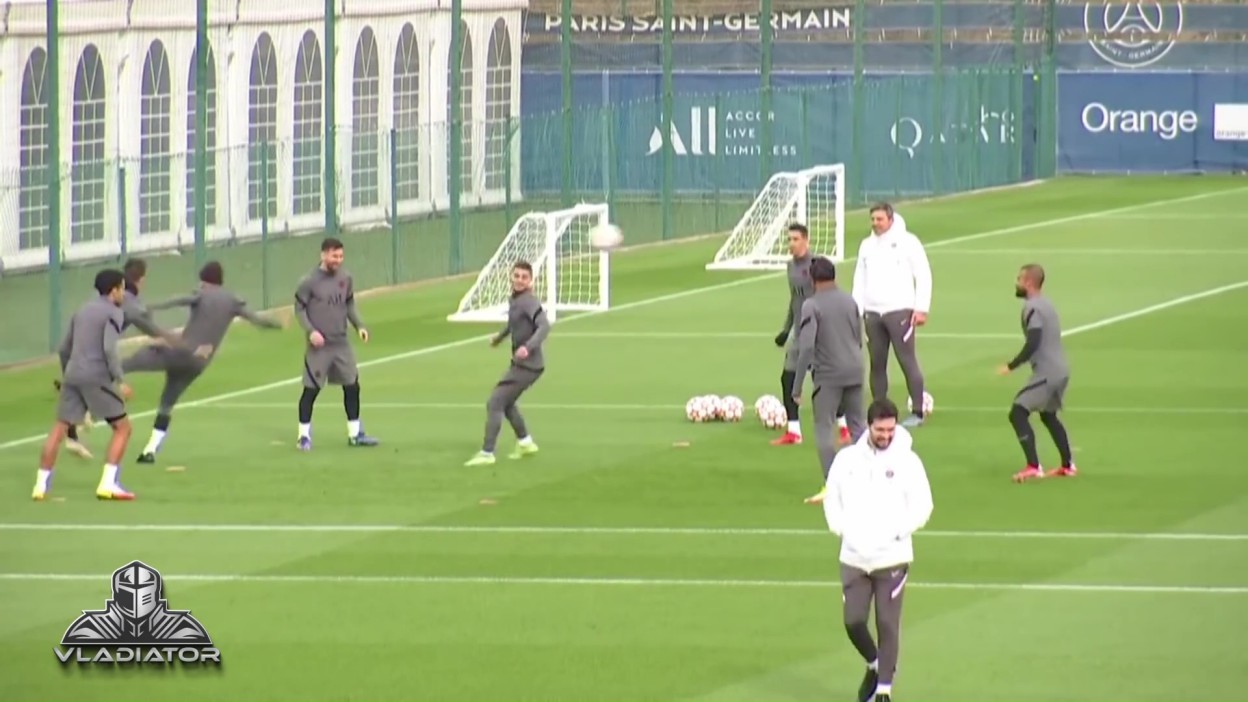 The aim of the drill is to keep possession in a circle and stop the two players in the middle from intercepting the ball.

Neymar – who will miss the Leipzig match through injury – and Italy star Marco Verratti were given the task of winning the ball back, but things did not go according to plan.

It was always going to be a tricky challenge with the likes of Messi participating, but it was Ander Herrera who produced a surprise nutmeg on Neymar.

The Brazilian quickly shut his legs but he was too late and could only fall to the ground in embarrassment.

He quickly got back up and resumed playing, waiting for his chance to get payback.

Seconds later Herrara received the ball and Neymar rushed to close him down but was too slow.

He cared little however, and kicked out at Herrera to ensure he was the one left on the ground this time around.

Herrera could be seen smiling as he got back to his feet, having previously celebrated in Neymar's face.

The pair get on well and spirits seem high as PSG look to extend their lead at the top of Champions League group A.

In their last European venture PSG beat Manchester City, who flew out to Belgium on Monday in 'horrendous' matching outfits ahead of their match against Club Brugge.