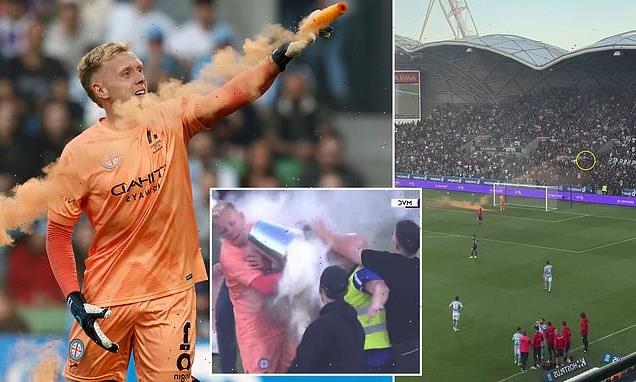 REVEALED: The moment that the Melbourne derby descended into chaos! City goalkeeper Tom Glover launches a flare back into the stands towards angry supporters after they threw it onto the pitch in protest at A-League’s $10MILLION NSW deal

The Melbourne Derby descended into chaos on Saturday night as fans – who were already furious with the A-League’s decision to move the grand final to Sydney – invaded the pitch at AAMI Park on the 21st minute.

Glover, 24, was left bloodied after being struck in the face with a bin and the match was abandoned over fears for player safety. 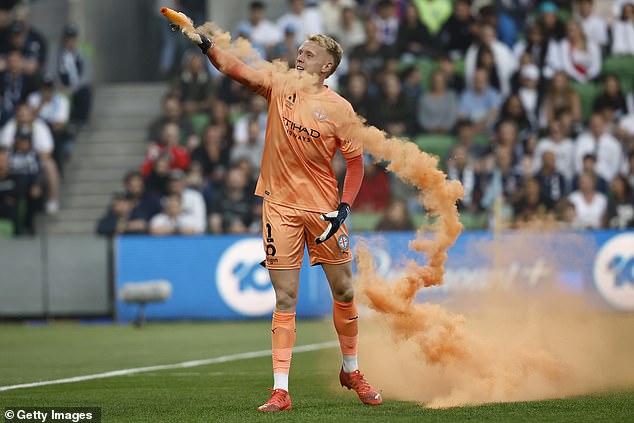 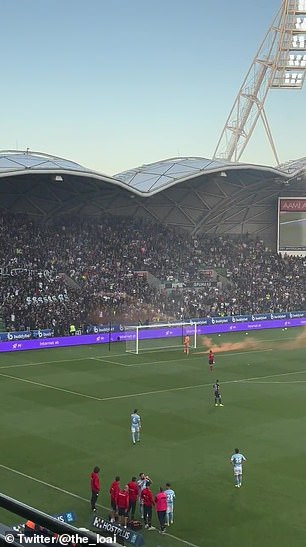 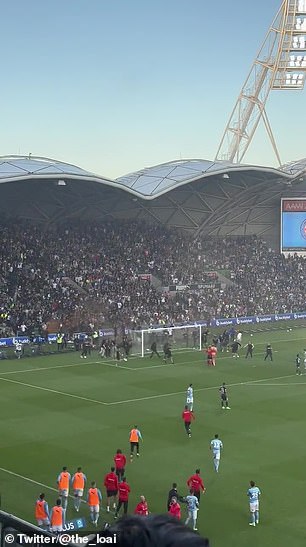 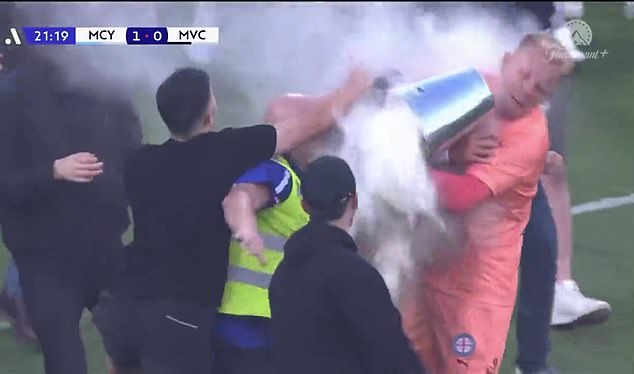 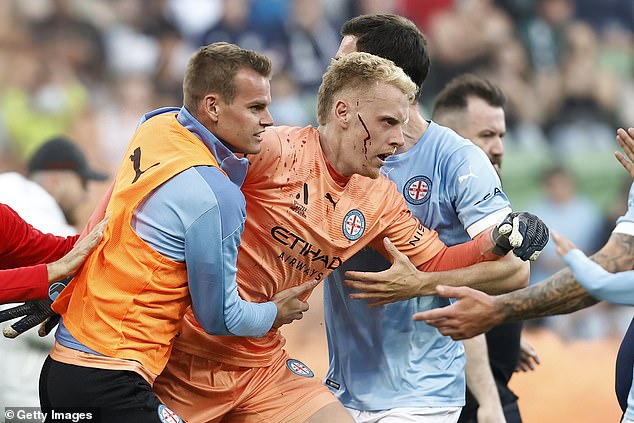 Now, footage has shown how the pent-up supporters’ violent reaction after Glover threw a flare back into the stands during the 20th minute protest against the NSW deal.

Picking up the flare that made its way onto the pitch, Glover launched it into the stand behind the goal and, within seconds, the fans broke through the advertising hoardings and onto the pitch.

City confirmed that Glover has likely suffered a concussion and was receiving treatment in the dressing room.

Since the A-League started in 2005, clubs have needed to earn the right to host the grand final based on how they performed in the finals series. The NSW decision flies in the face of A-League tradition. 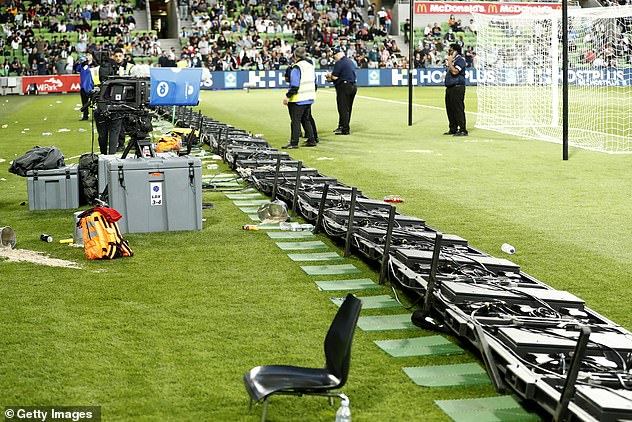 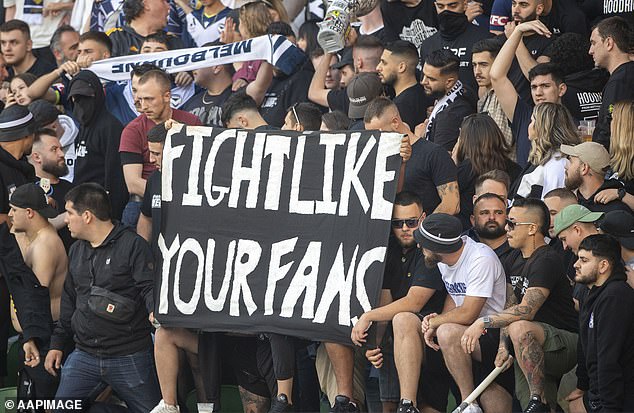 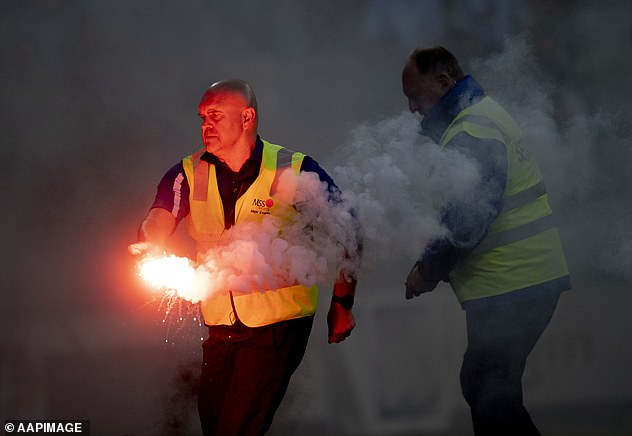 This week, supporter groups across the country have lashed out at the deal – worth $10million – and announced their intention to voice their opposition by leaving games on the 20-minute mark.

On Friday night, Newcastle Jets fans left in their droves during their side’s 1-0 defeat by Brisbane Roar, with a banner reading: ‘Fans > $$’ displayed.

Football Australia released a statement shortly after the game was abandoned, condemning the ‘shocking scenes’ that unfolded in Melbourne.

‘Following shocking scenes during the first half of the A-League Men’s match between Melbourne Victory FC and Melbourne City FC at AAMI Park on Saturday 17 December, where fans from the Melbourne Victory FC end entered the field of play, Football Australia match officials have abandoned the match in accordance with Law 5.3 of the Laws of the Game in order to protect the integrity of the match.

‘Such behaviour has no place in Australian Football, with a full Football Australia investigation to commence immediately, where strong sanctions to be handed down.’