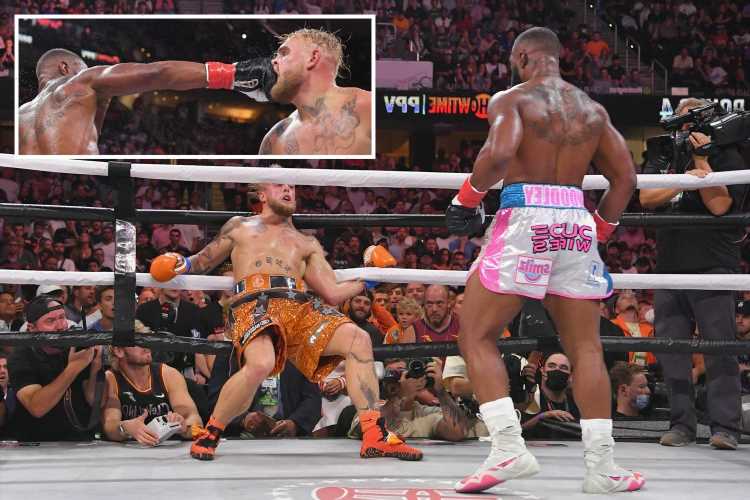 THIS is the moment Tyron Woodley rattled Jake Paul's jaw with a huge hook.

Paul showed his grit and resilience in his boxing bout with Woodley to notch his fourth consecutive win inside the squared circle. 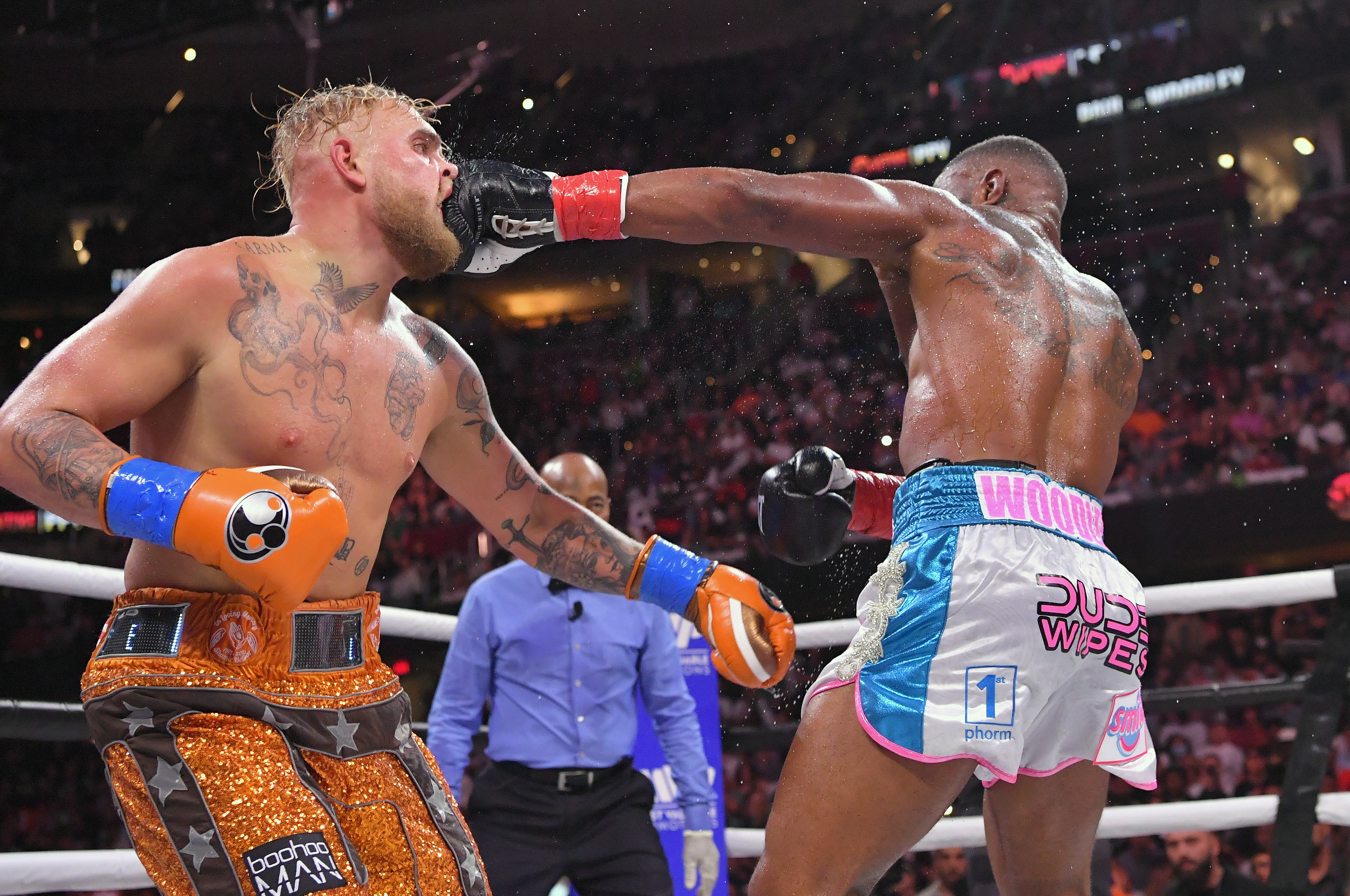 The YouTuber, 24, outpointed the UFC legend in their clash in Ohio last week, but he was made to work to stay unbeaten.

Paul was sent against the ropes in the fourth round of their contest following a huge right hand by the former weltwerweight champion.

The ex-Disney star was stunned as he fell back into the ropes as he survived an onslaught from his 39-year-old opponent.

And that wasn't the only punch Paul had to eat during that round, as Woodley landed a mean left hook flush on his chin.

Showtime Boxing shared slow-motion footage of the punch, with Paul somehow staying on his feet.

Fans were left disappointed with Woodley for not following up with the hook after Paul was clearly hurt.

One supporter tweeted: "Woodley you smacked him with a left and he dropped both hands and you didn’t hit him with a right. You gotta double up in boxing. You had the WIN right there my friend."

Another said: "If he followed that up with a right he would have dropped him."

A third added: "An experienced boxer would have hit him with a straight right immediately after."

Though one fan praised Paul's toughness, as he simply stated: "Credit where credit is due, Paul has a good chin."

Following Paul's victory, UFC icon Anderson Silva has claimed he is willing to be the next MMA fighter to take on the Problem Child after Ben Askren and Woodley.

"Fight three more years and done. 49. That's the number. Maybe I can fight more, but right now my goal is when I turn 49, I stop fighting.

"Everything is possible. Jake Paul and Logan are doing a lot of good work in this new entertaining show.

"We'll see. Everything is possible. I respect both. [Jake] is doing good, working hard. So, we'll see, maybe this is possible too." 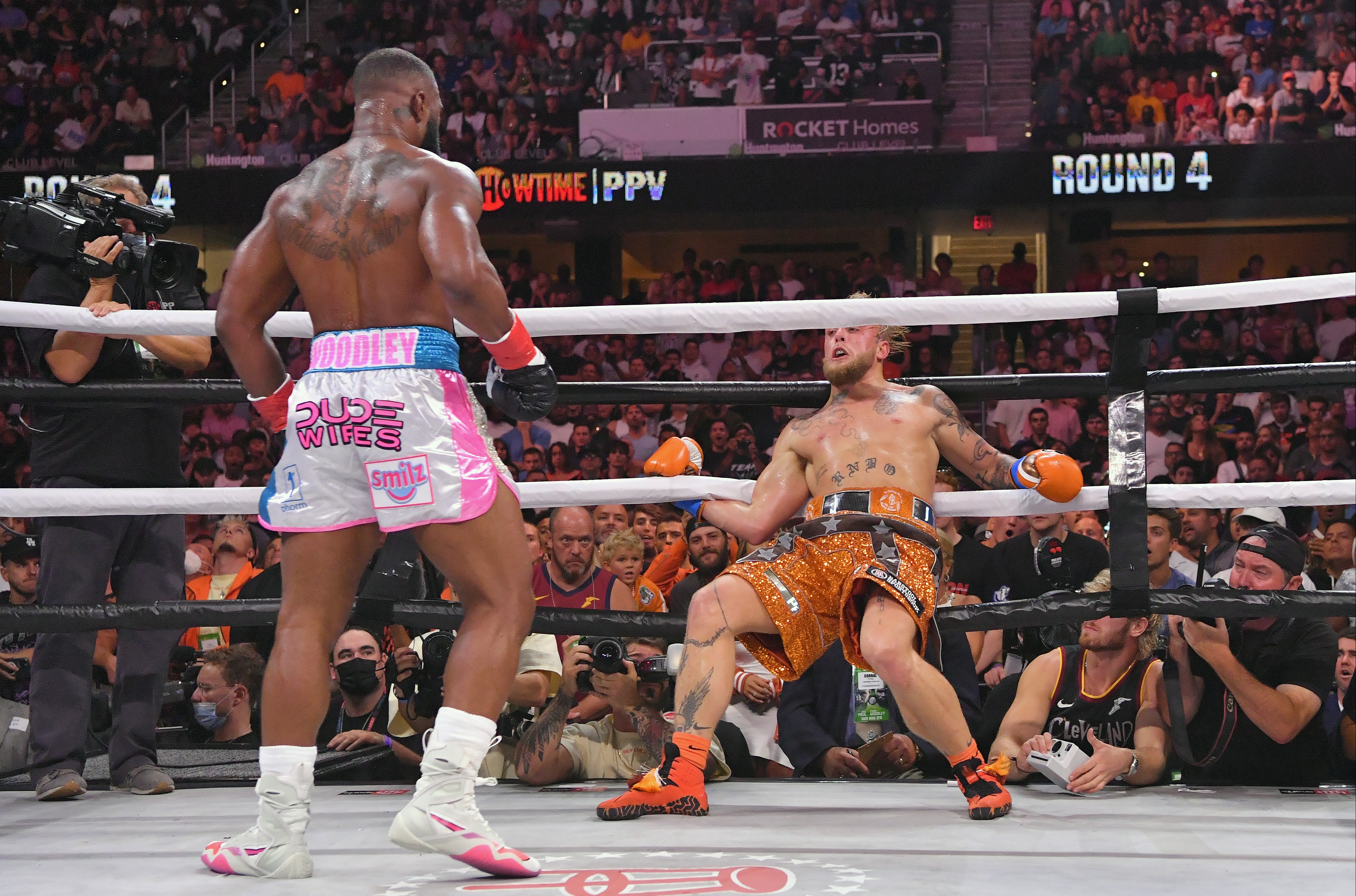