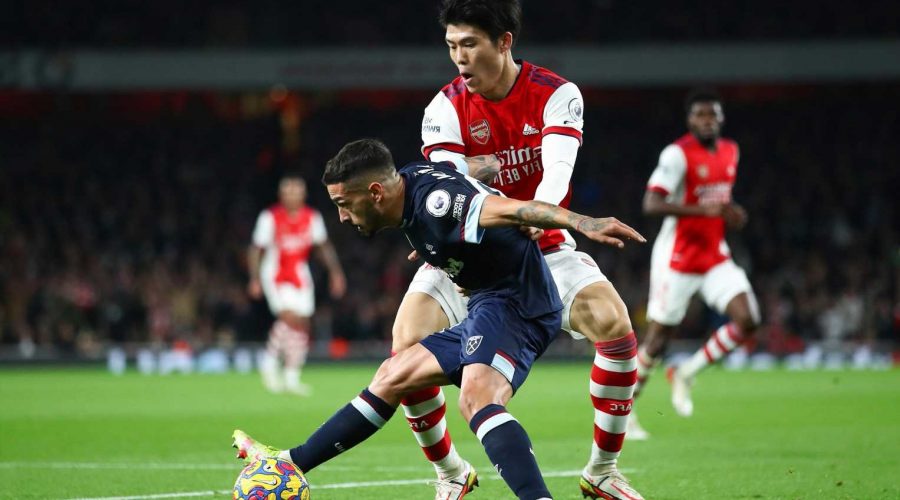 WEST HAM have vowed to track down and ban two sick fans who were filmed making racist taunts at last night’s defeat to Arsenal.

Footage emerged from another Hammers supporter furious at the abuse being shouted by the pair. 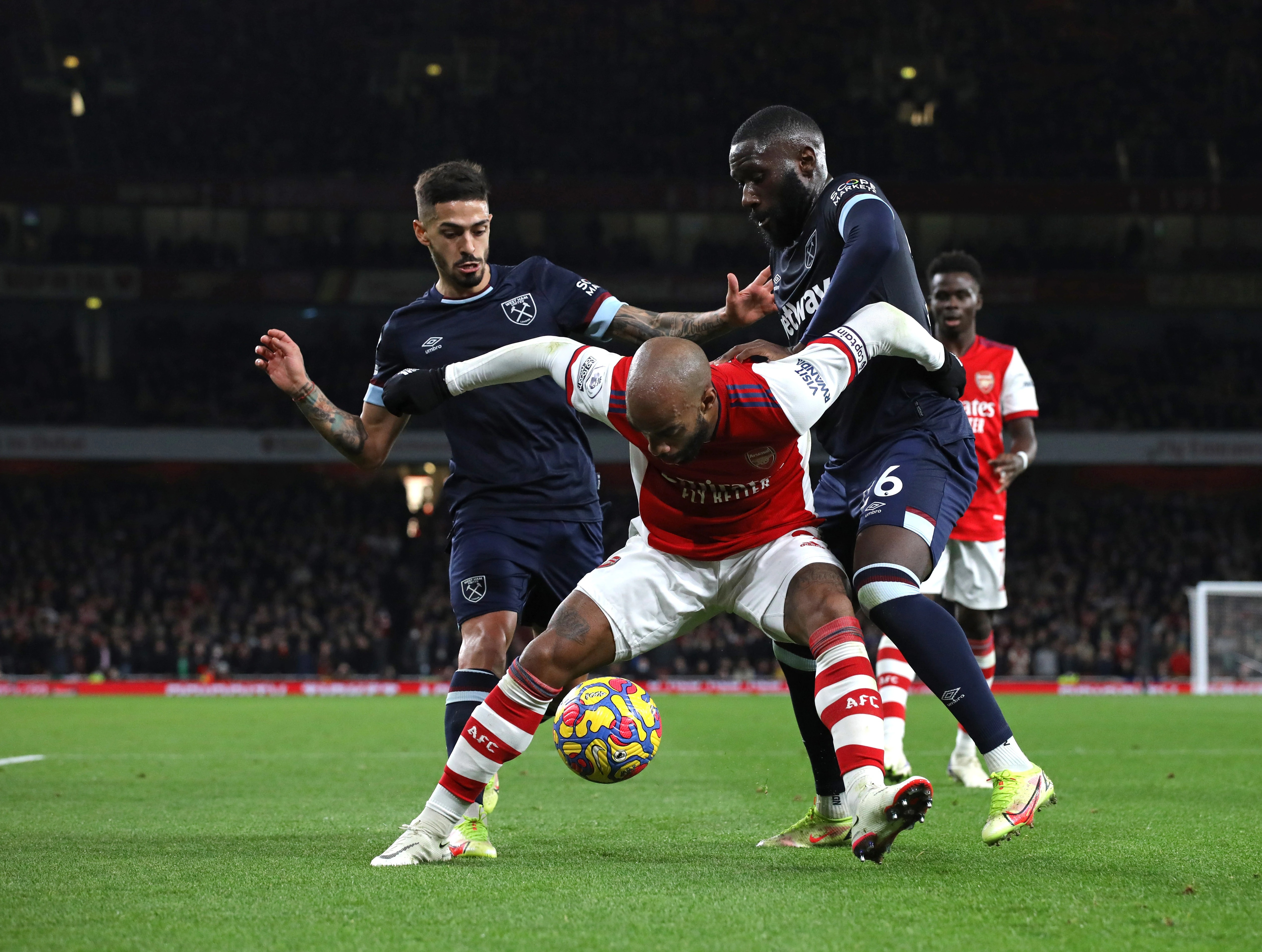 They targeted Gunners striker Alexandre Lacazette, booed the taking of the knee and hurled other discriminatory taunts at Japan defender Takehiro Tomiyasu.

Now West Ham have promised to work with authorities to identify the yobs and take relevant action against them.

A club spokesperson said: “West Ham United is appalled by the contents of this video and condemn the behaviour of the individuals involved.

“The Club takes incidents of this nature extremely seriously and we are liaising with the relevant authorities to identify the individuals.

"We continue to be unequivocal in our stance – we have a zero-tolerance approach to any form of discrimination.

"Any individuals identified will be issued with an indefinite ban from the club.

“Equality, diversity and inclusion are at the heart of the football club and we do not welcome any individuals who do not share those values."

West Ham last month condemned fans who chanted vile anti-Semitic songs to a Jewish man on a flight to Belgium.

The shocking clip, which went viral on social media, showed supporters chanting racial abuse at a fellow passenger as he walks down the aisle of the plane.

Hammers fans were travelling to Genk for their 2-2 Europa League draw.

And the club vowed to dish out lifetime bans to anyone identified in the video.

A spokesperson said at the time, in a very similar statement to today's: "West Ham United is appalled by contents of the video circulating on social media and condemn the behaviour of the individuals involved.

“The club is liaising with the airline and relevant authorities to identify the individuals.

"We continue to be unequivocal in our stance – zero-tolerance approach to any form of discrimination. Any individuals identified will be issued with indefinite ban.

"Equality, diversity and inclusion are at heart of the club. We do not welcome any individuals who do not share those values."