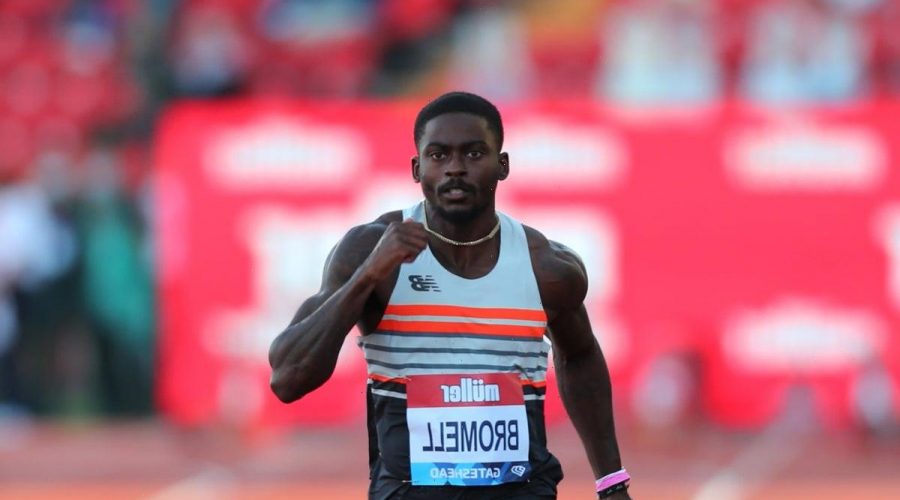 Trayvon Bromell will compete in the 100m men’s heats at the Tokyo Olympics today.

Bromwell is one of Team USA’s gold hopefuls, with the sprinter’s Personal Best time of 9.77 seconds making him the seventh-fastest man of all time.

The 26-year-old was in fact the first junior to break the 10-second barrier, running 9.97 in 2014 for a junior world record that stands to this day.

Bromell’s other notable achievements so far include his 60m indoor world title in 2016 and 100m bronze medal at the 2015 World Championships.

Struggling with injury, the American finished eighth in the 100m final with a time of 10.06, and suffered heartbreak in the relay final.

In that race, Bromell dove to pass the baton, and in doing so he tore his Achilles – not for the first time – and had to leave the track in a wheelchair. Furthermore, the United States’ bronze medal was stripped due to an improper exchange.

Should he qualify, the semi-finals and final will then take place tomorrow (Sunday 1 August).

Ronnie Baker and Fred Kerley are Team USA’s other representatives in the 100m.

31/07/2021 Sport Comments Off on Who is Trayvon Bromell? The USA 100m sprinter going for gold at the Tokyo Olympics
Lifestyle