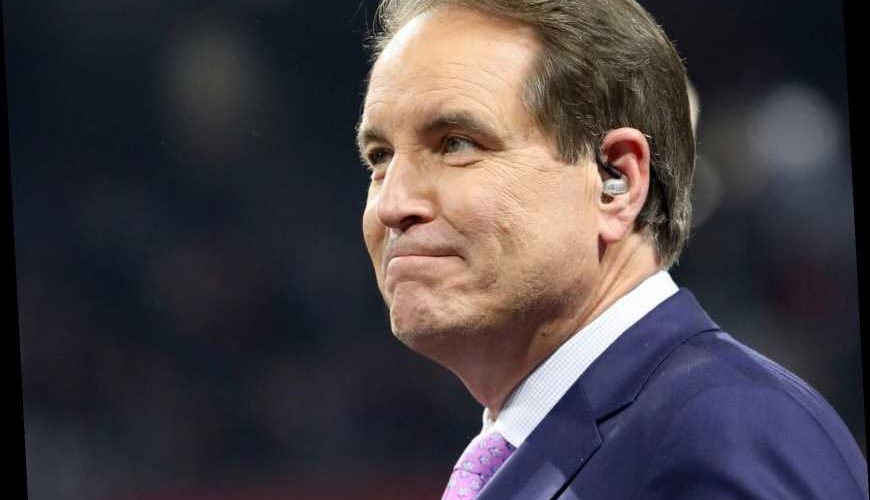 As he always is at this time of year, Jim Nantz will be courtside behind the microphone calling the Final Four on Saturday.

But as the 5:14 p.m. tipoff between No. 1 seed Baylor and No. 2 seed Houston at Lucas Oil Stadium approaches, his heart might be beating a tick or two quicker because this game is personal to Nantz.

More specifically, the University of Houston is personal to Nantz, not only because it’s his alma mater but because of the powerful part it played in helping him launch a broadcasting career that has checked every single bucket-list box he ever dreamt of jotting down.

For those familiar with Nantz, you’ve probably known of his ties to Houston as a walk-on with the golf team and the lifetime friendship he has forged with Fred Couples from that team.

What you might not know is the role the Cougars basketball program had in propelling Nantz into his professional career.

“I’m not just a guy that was over on the other side of campus studying communications; I’m really tethered to that basketball program,’’ Nantz told The Post. “I mean, I got into the [broadcasting] business thanks to the basketball program, and I’ve remained very aligned with them in a lot of ways.’’

As a student, Nantz was working as a volunteer at a local radio station in Houston and was given the opportunity to be the public address announcer for the home basketball games. Dave Williams, the golf coach, introduced Nantz to Guy Lewis, the basketball coach, and Lewis took it from there.

That role evolved into becoming the host of Lewis’ TV show, which aired on the NBC affiliate station in Houston.

“That was a big debut for me to be on a network affiliate in a top-10 market doing Guy Lewis’ TV show,’’ Nantz recalled. “That was my start in television.’’

Nantz, who graduated from Houston in 1981, was so grateful for what its basketball program did for him that he teamed with Couples and Blaine McCallister, another golf teammate who went on to play on the PGA Tour, to endow scholarship programs for the school’s golf and basketball programs.

“Blaine and Freddie and I decided we needed to join forces and do some good things for people that were good to us,’’ Nantz said. “So we created a charity foundation called the ‘Three Amigos.’ ’’

Houston sophomore guard Marcus Sasser, who was the Cougars’ leading scorer in their Elite Eight win over Oregon State earlier in the week, is playing on a “Three Amigos’’ scholarship.

Nantz’s ties to Houston run even deeper. His father was transferred by his company when Nantz was a senior in high school on the Jersey Shore and the family ended up settling there.

The press room at the Cougars’ basketball arena is named for his father, called the “Jim Nantz Media Center.’’ The press box at the football stadium is named after his mother, the “Doris Nantz Press Box.’’

Nantz flew to Houston on Tuesday to celebrate his mother’s 90th birthday with family.

“It’s one thing to be an alum, but it’s another thing when that program had a real role in launching my career,’’ Nantz said. “I have felt my whole life indebted to them and have remained very involved.’’

How will that play out for Nantz as it tugs on his heartstrings while he calls the game Saturday?

“I’ll play it down the middle,’’ Nantz said. “I have enough experience to know what I have to do. I will call it fairly where Baylor Nation doesn’t have to concern itself that they’re going to get a one-sided broadcast.’’

How will he separate the human-nature rooting emotion from the objective task at hand?

Nantz can draw on the best training moment of all for this situation: When he broadcast Couples winning the Masters in 1992.

When they were in college together, Couples and Nantz used to talk about their dreams — Couples wanting to win a Masters and Nantz craving to call a Masters for CBS.

“Look, I made it through Freddie Couples winning the 1992 Masters, and not until the last 15 seconds could anyone even detect a personal attachment,’’ Nantz said. “That’s the highlight of my career — calling my buddy’s crowning achievement, winning a green jacket. That day, April 12, 1992, I managed to call the Masters objectively, and I will to the same thing on Saturday.

“I’m extremely excited and proud to be there and to be able to say in my career that I got to call a Houston game in the Final Four and — who knows? — maybe even Monday night for a championship.’’