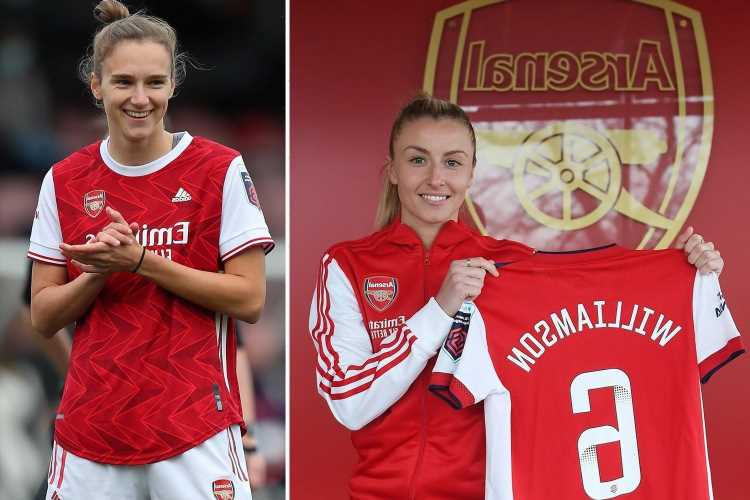 LEAH WILLIAMSON described her new deal with Arsenal as a ‘dream come true’ after agreeing to extend her career with the WSL giants.

The England ace’s new contract comes seven months on from the previous one she signed with the club last year. 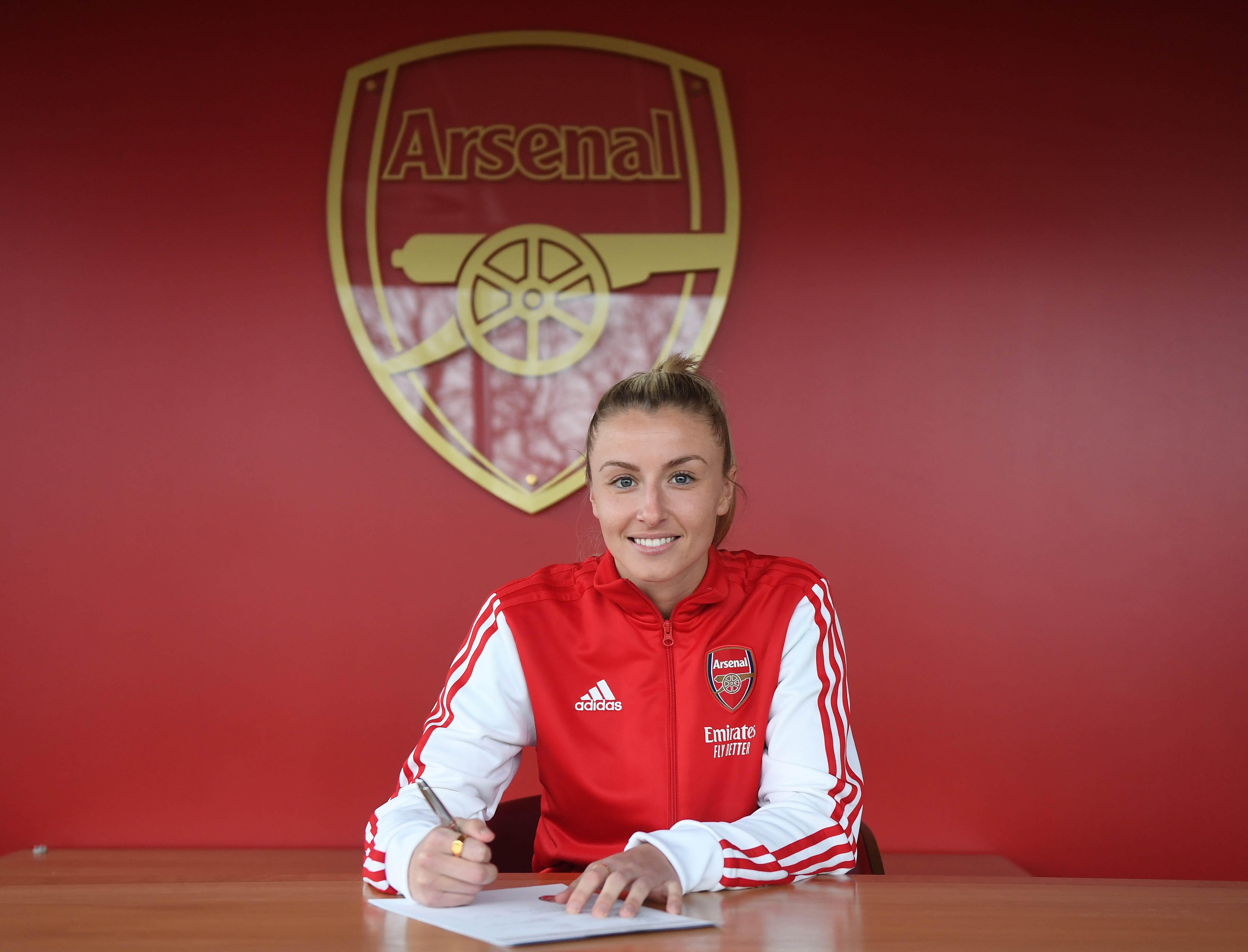 However, the Gunners have chosen not to specify the length of the Buckinghamshire-born centre-back's new deal.

Williamson, who skippered the Lionesses during Steph Houghton’s absence through injury, has been at Arsenal since the age of nine.

Of her new contract, the 24-year-old said: “I’m as grateful as ever to have the opportunity to do what I do here – at home – and I’m very proud to continue to represent my family playing for Arsenal and to wear the badge.”

“It was a dream come true the first time that I signed here and the feeling hasn’t changed.

Gunners boss Jonas Eidevall, 38, added: “As well as being a key player for us right now, she is also an integral part of our plans for the future

"She is a player for us to build Arsenal around and show the young women in our academy what can be achieved through hard work, dedication and passion.

"I know Leah has a special bond with the fans too – it’s so important for the supporters to identify with the players and they certainly have that in Leah.”

Williamson, currently out of action with a hamstring injury, rose through Arsenal’s academy ranks making her first-team debut in 2014 as a second-half sub in a league clash with Birmingham.

Ronaldo targeted by PSG in huge Messi link up, Martial to Sevilla LATEST

The defender has established herself as a lynchpin in the Gunners backline netting 13 goals in 179 appearances.

And she helped the team win five major domestic trophies including a league title and two FA Cups.

Williamson's presence in defence has been sorely missed with Arsenal losing three of their last four games.

Results include a shock 2-0 away loss to Birmingham who are second from bottom and battling to avoid relegation.

Williamson’s new deal will come as a welcome boost to Arsenal with speculation mounting around the future of star forward Vivianne Miedema.

The current contract for the player who joined the club from Bayern Munich in 2017, is due to expire at the end of this season.

Miedema, 25, who is one of the WSL's most prolific goal scorers, is thought to be a summer transfer target for Barcelona and Paris Saint-Germain, according to Telegraph Sport. 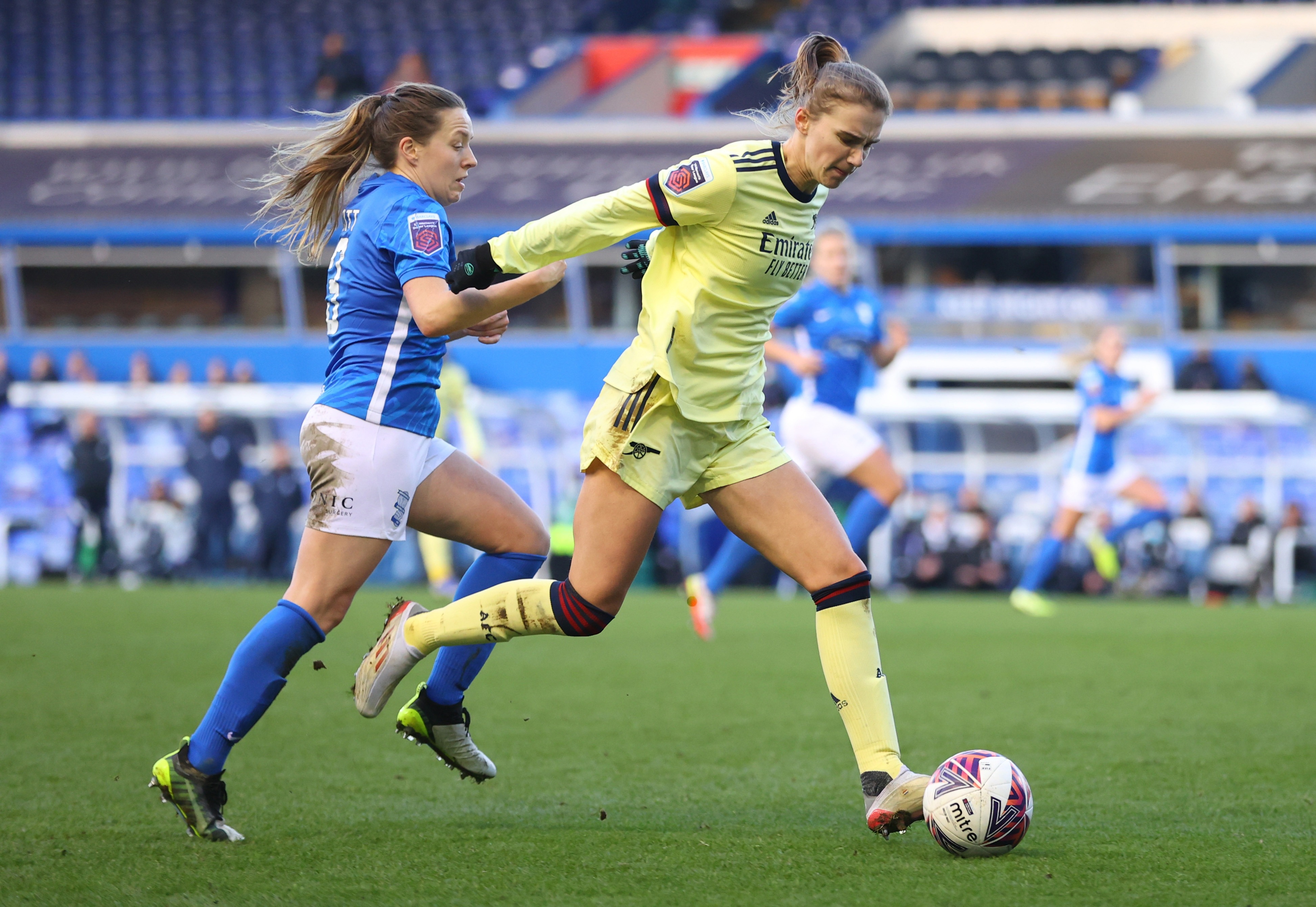 It is claimed the Catalan and French giants are leading the chase for the Netherlands star's signature alongside clubs in America’s NWSL.

The striker has scored 67 times in 75 WSL games since her arrival.

It is thought Miedema has not ruled out the potential to remain with Arsenal.