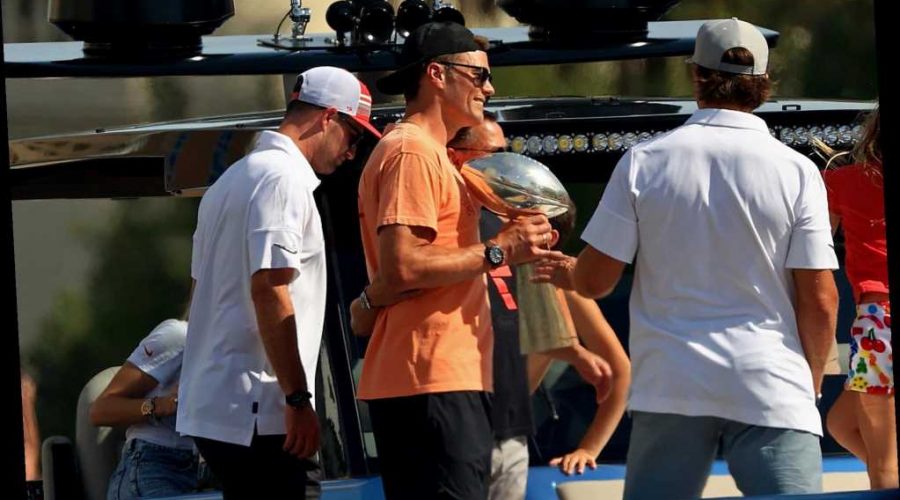 The Buccaneers are defending the Tom Brady pass stirring up a little controversy.

Lorraine Grohs, the daughter of silversmith Greg Grohs who crafted the original Lombardi Trophy, wants an apology from Brady for him tossing this year’s version “is if it was a real football” to tight end Cameron Brate during the team’s championship boat parade last week.

Buccaneers general manager Jason Licht responded to a tweet that included the video of Grohs’ story from Cape Coral, Florida’s Fox4 with a GIF of Warren Oates as Sgt. Hulka in the movie “Stripes” saying “Lighten up Francis.”

The tossing around of the Lombardi Trophy by the 43-year-old Brady seen in a video that went viral on Wednesday, wasn’t a laughing matter to Grohs who lives in Fort Myers, Fla. Her father was a master silversmith from 1967-1994 at Tiffany and Company, which is tasked with making the trophy.

“A lot of hard work, a lot of hours go into it,” she told Fox 4. “It just really upset me that this trophy was disgraced and disrespected by being thrown as if it was a real football. I didn’t sleep for the past two nights because of this. I was that upset, because I know the passion that goes into this trophy, and how my dad and all of his fellow silversmiths are so proud to make this. I’d personally like an apology, not just to me and my family and the other silversmiths, but to the fans.”

Brady led the Buccaneers to a 31-9 victory over the defending champion Kanas City Chiefs in Super Bowl 2021 to win his seventh Lombardi Trophy. The future Hall of Fame quarterback also created a stir when he needed an escort to walk when arriving back on land after the boozy boat parade.