The rise of women's rugby has provided a second wind to Ballymore's hopes of redevelopment in what is being described as the code's most important announcement in Queensland for 20 years.

Federal Labor's $15 million election promise would allow an upgrade of the outdated Brisbane rugby stronghold into a national training base for women's rugby. 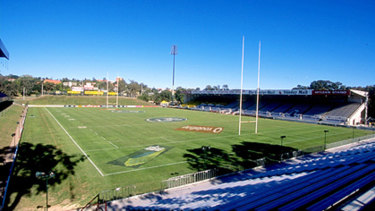 With a proposed capacity of 12,000, it is understood Ballymore has been identified as a possible 2032 Olympic venue – for a sport other than rugby – and the Brisbane bid team is aware of the redevelopment plans.

The former Wallabies Test venue would also be a hub for Asian and Pacific Island rugby, while parks and bike paths will open up the centre to the community.

Both current stands will go under the plans, with a 3000-seat pavilion-style stadium featuring a high-performance centre in its place and the much-loved hill to spread around three sides of the ground.

The upgrade would alleviate some of the financial pressure on the code after years of spiralling maintenance costs.

"Five or six years ago we only had a couple of thousand playing the game … this is a key part of inspiring that generation.

"The stadium has seen better days … this is one of most important announcements in 20 years."

Ironically it was Labor who pulled Liberal Prime Minister John Howard's $25 million gesture from under them in 2007, when Kevin Rudd came to power.

The QRU are in talks with the Queensland Labor government to match the $15 million promise, while Rugby Australia would stump up $5 million and lobbying is underway to ensure a Liberal Government would also come to the party if elected.

"It's quite a sacred ground for rugby … it's huge for us," Queensland Reds women's captain Kiri Langman said.