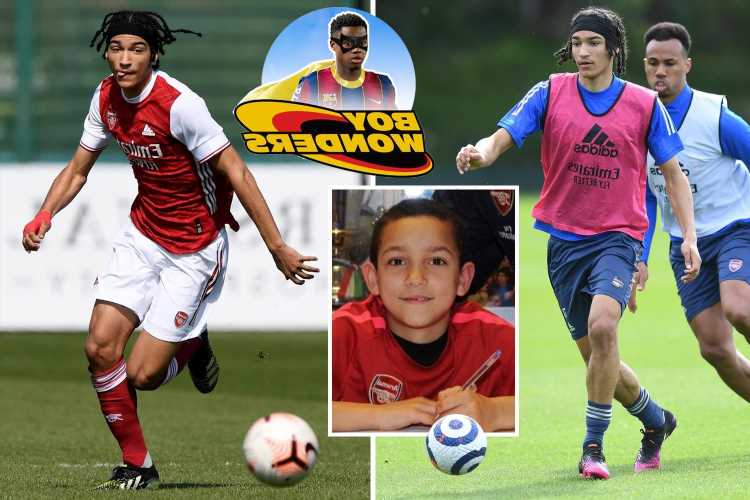 AT the turn of the month, Arsenal wonderkid Kido Taylor-Hart revealed on Instagram that he had signed a new deal with the club.

He made his announcement by sharing two snaps together – one of the talented winger today and another as a fresh-faced boy with hopes and dreams of playing for his boyhood club. 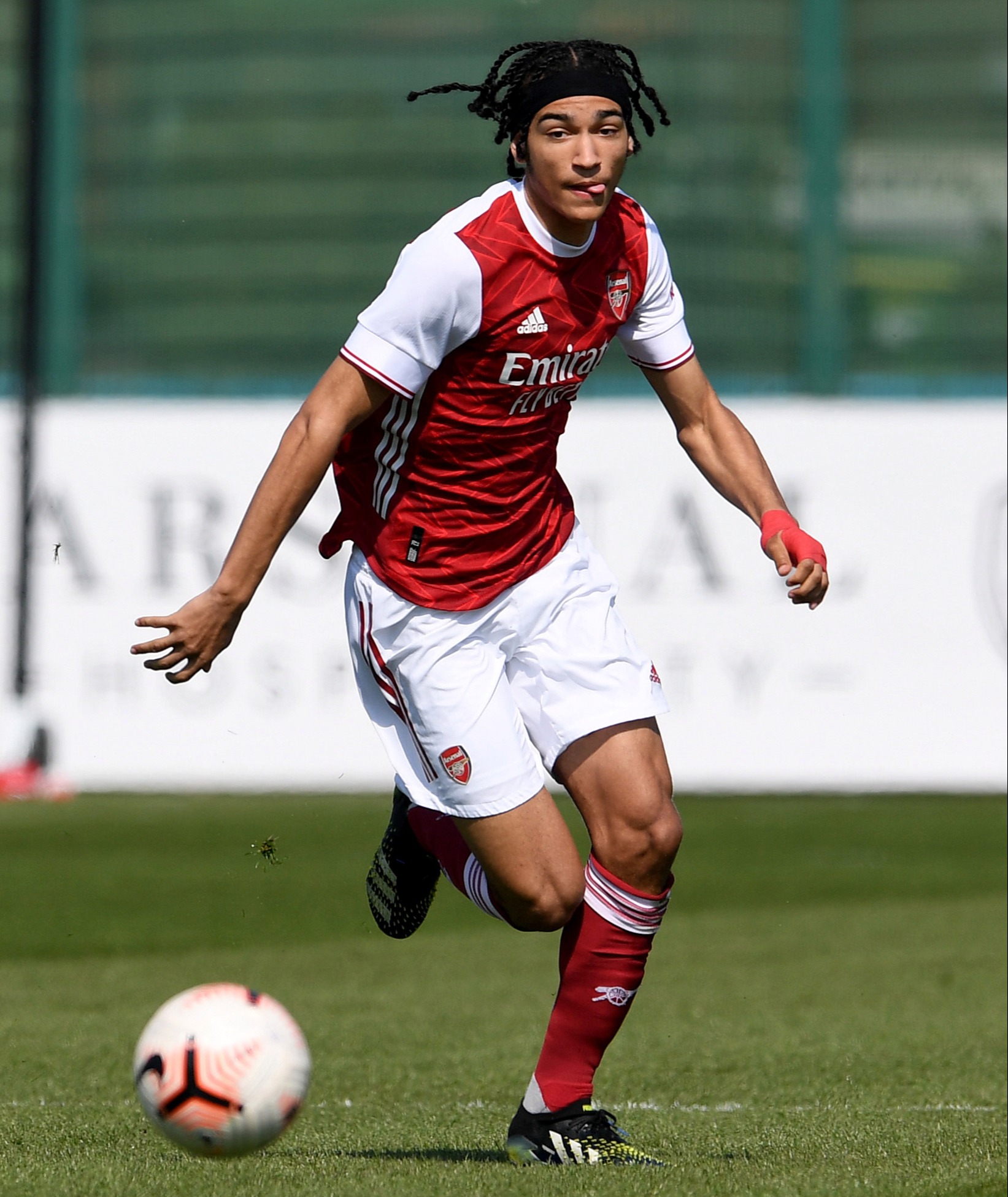 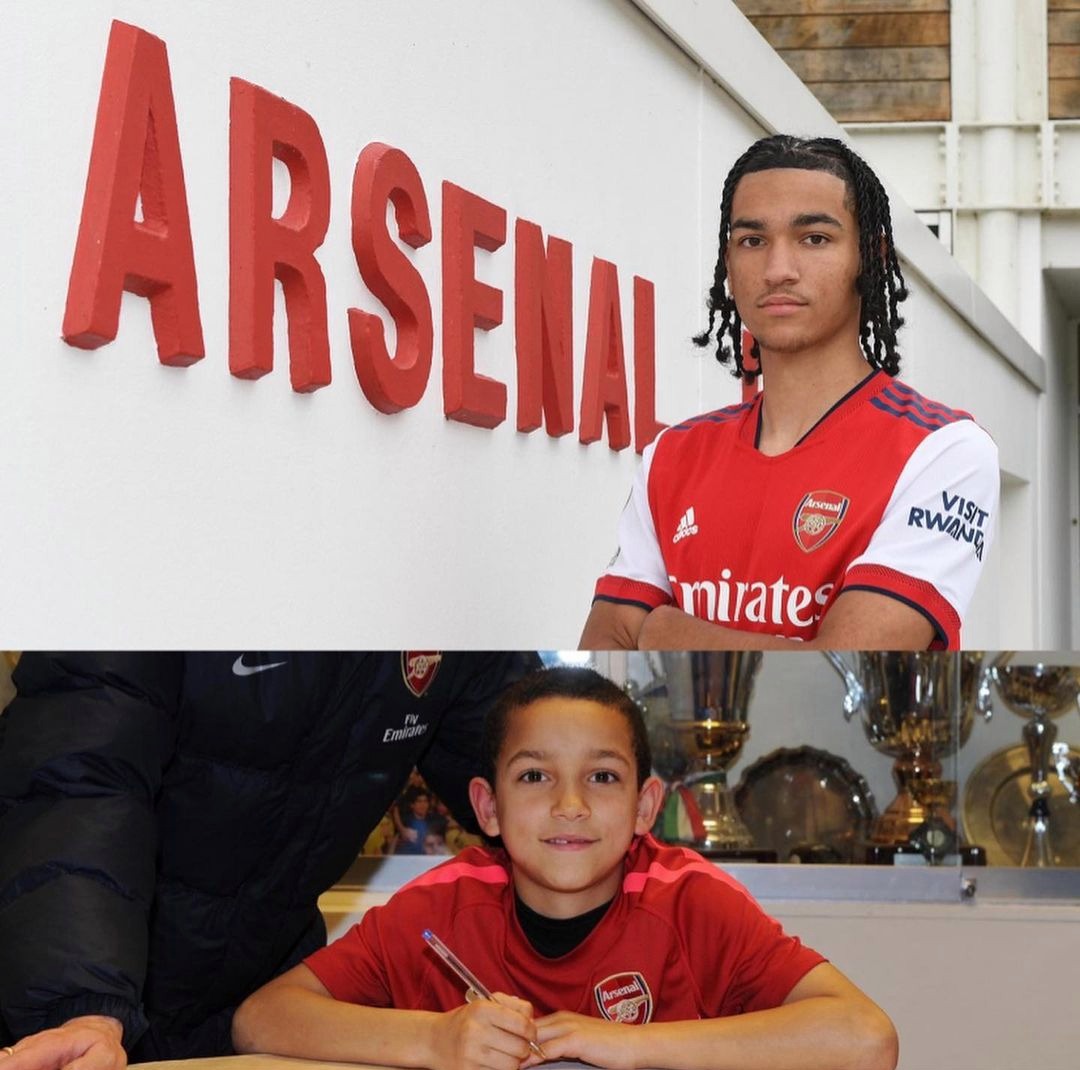 "I'm excited to sign my first professional contract and extend my 10 years as an Arsenal player," he captioned the post.

"I took my time to consider all options and I know I need to continue learning and working even harder to earn a pathway to fulfil my dreams.

"Thanks to my family, my agent and management team, everyone at the club and all the fans who have sent me messages, can’t wait for the new season."

Those in the know at Hale End are tipping Taylor-Hart to follow Bukayo Saka into the Gunners' first team.

The teen has been training with Arsenal since he was seven.

Born in North London, he has supported the club all his life so it was a dream when the opportunity arose to learn with the Premier League giants.

Since then, Taylor-Hart has risen through the ranks all the way through the U23s, who he made his debut for in the previous campaign.

Two seasons ago his progress with the U18 side was interrupted by injury and he made just ten appearances.

However, last season he made up for lost time by scoring 11 times in 30 youth games, across the Premier League 2, U18 Premier League, and FA Youth Cup. In the EFL Trophy he provided an assist in a defeat to Crawley Town.

And in Arsenal's academy, Taylor-Hart is ranked in the top three fastest players.

His blistering pace, as well as technical ability have drawn comparisons with German forward Leroy Sane.

In the past months, coaches have reportedly been impressed by Taylor-Hart's improvement with his tactical awareness.

While his finishing is getting better too. 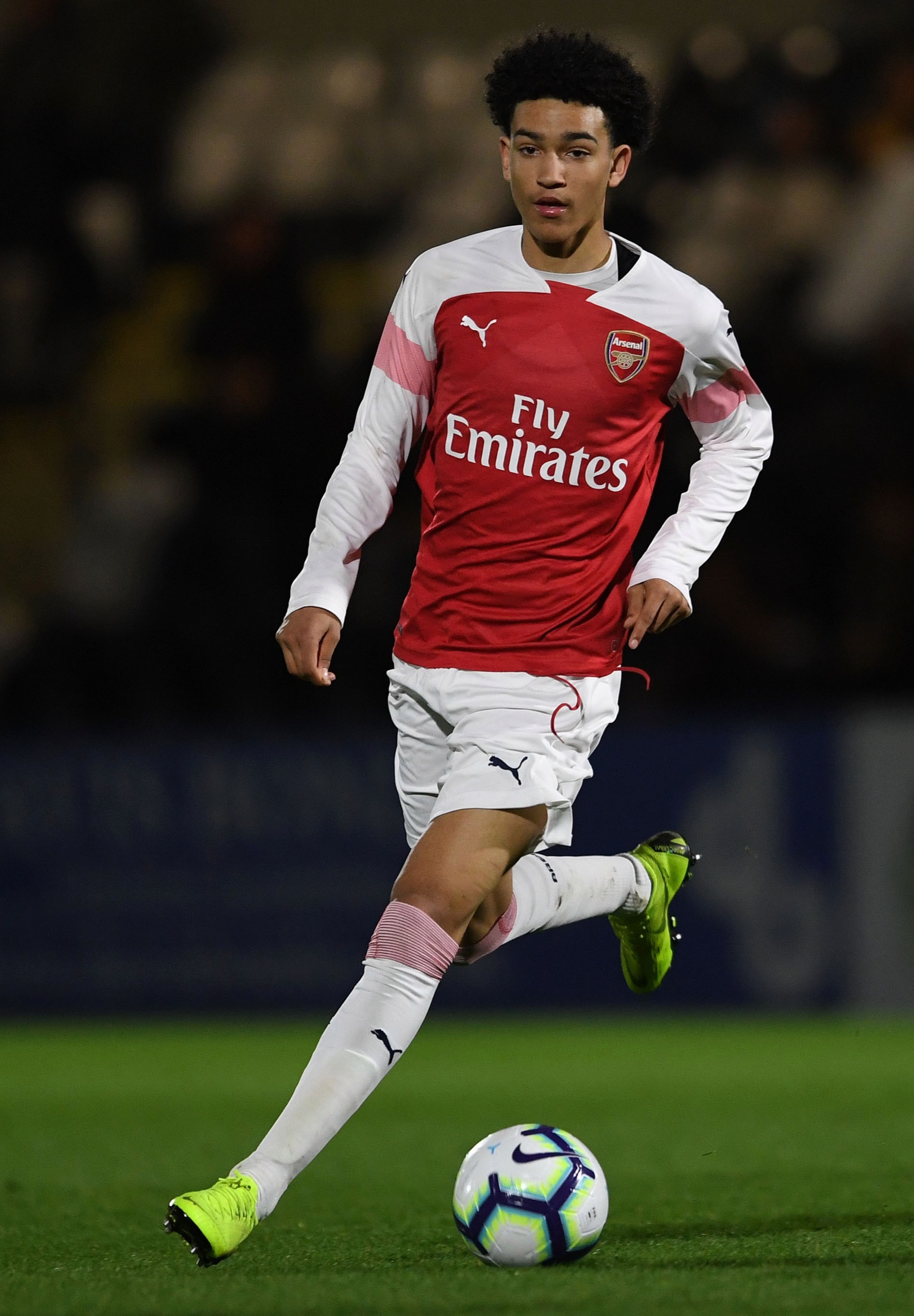 In the past few years, the likes of Reiss Nelson, Joe Willock, Emile Smith Rowe and, of course, Bukayo Saka have made inroads into the Arsenal first team.

Taylor-Hart, who has trained with the first team, revealed it's Nelson – tipped for a move away from the Emirates – he has been inspired by.

"I look up to Reiss Nelson because he plays in my position, and seeing what he has done is inspiring to me and all of us here," Taylor-Hart said last year.

"Reiss’ name gets brought up a lot among the young players, especially after the start to the season he’s had, playing the first two games and doing well. We look up to the likes of him, Joe and Emile too."

WHAT CAN ARSENAL FANS EXPECT

Soon to turn 19, it's not inconceivable for the Gooners to see Taylor-Hart playing in the first team this coming season.

Academy manager Per Mertesacker's plan for the youngster is for him to play more games with the U23 side, while also training with Mikel Arteta's first team.

Although, a practice match against the first team at the start of last season didn't go as well as Taylor-Hart had wanted. 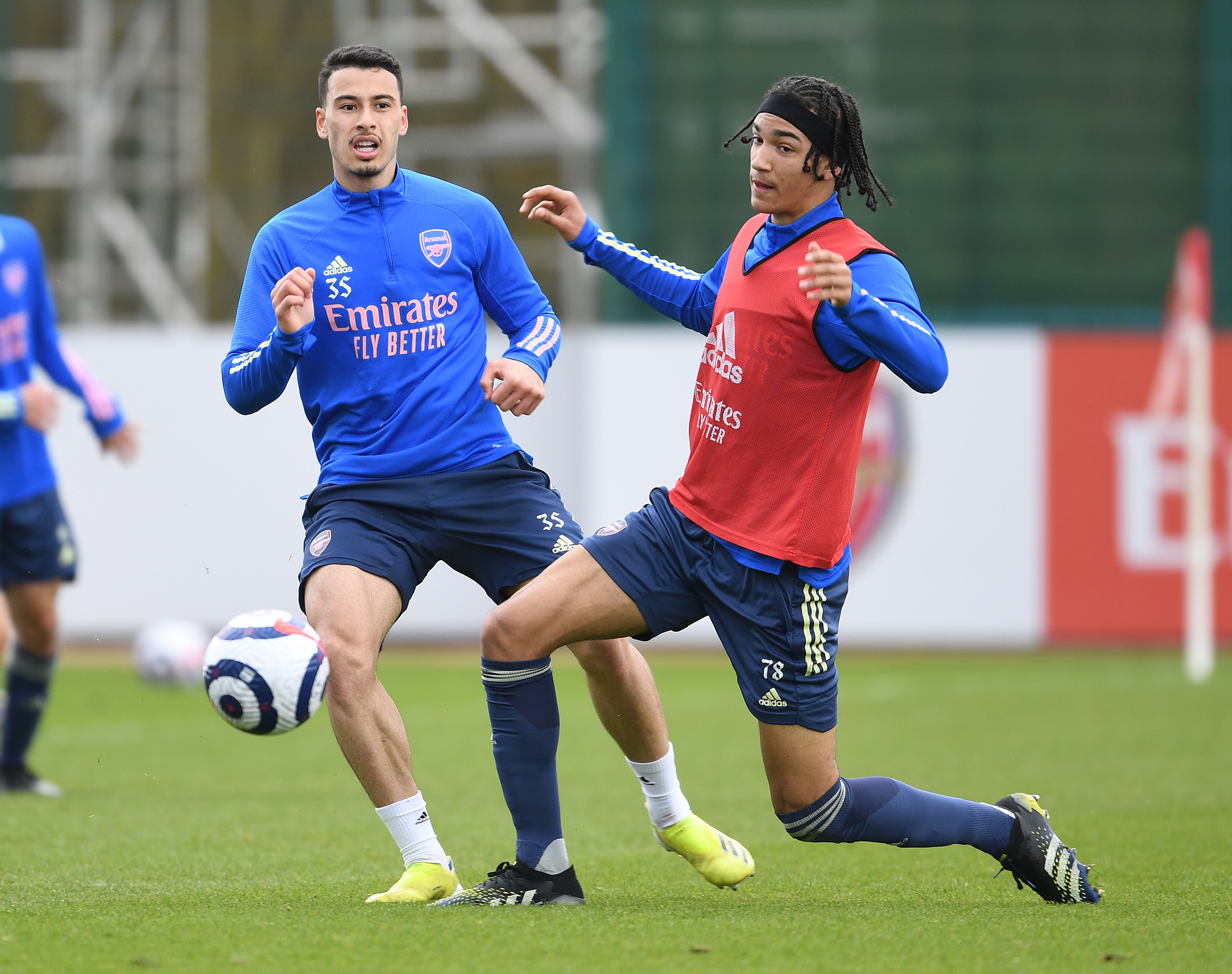 "We had a training game against the first team at the start of the season, and that was a great opportunity for us to see a lot of them up close. We played an 11v11 game and lost 5-0, but it was a great experience," he revealed.

"The first team had Pepe, Lacazette, David Luiz – a good team! It was only 60 minutes but it was a good test, (fellow u18) Ryan Alebiosu was playing up with the first team so I was up against him for the game.

"It’s given me a great taste of what’s required to be at that level, and now I want to keep on developing and working hard until I get there."

10/08/2021 Sport Comments Off on Wonderkid Kido Taylor-Hart, 18, is expected to follow Bukayo Saka into the Arsenal first team after signing pro contract
Lifestyle