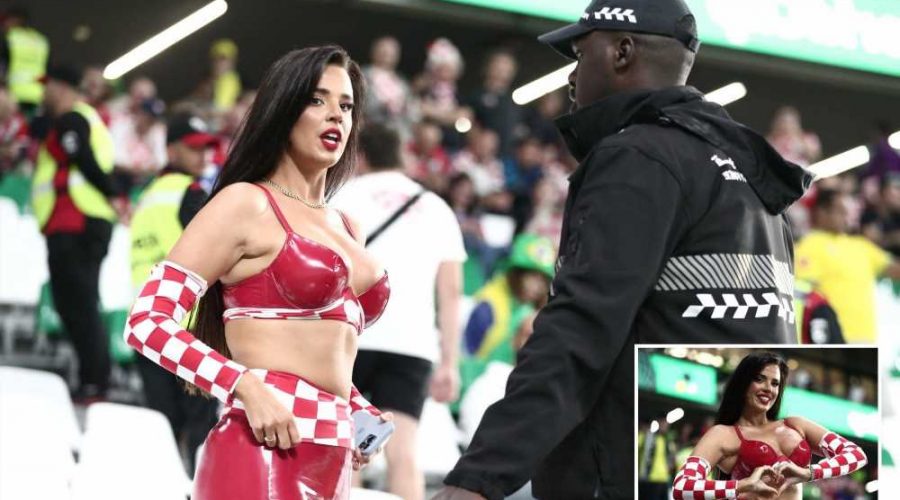 THE WORLD Cup's hottest fan Ivana Knoll was pictured being confronted by security as she posed for racy snaps ahead of Croatia's quarter-final clash against Brazil.

The Croatian fan was posing in her signature red and white ensemble as she does before every match of her national team. 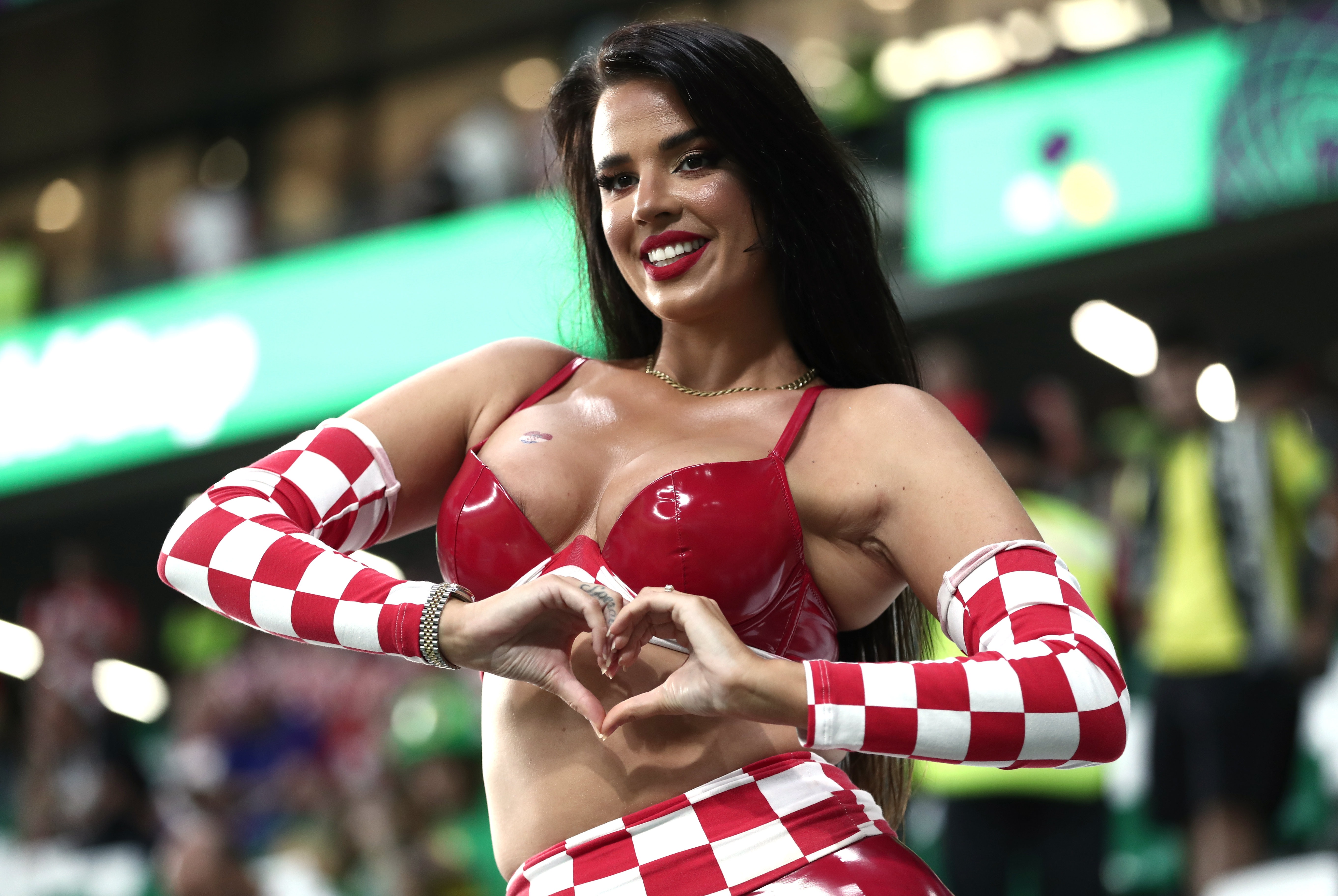 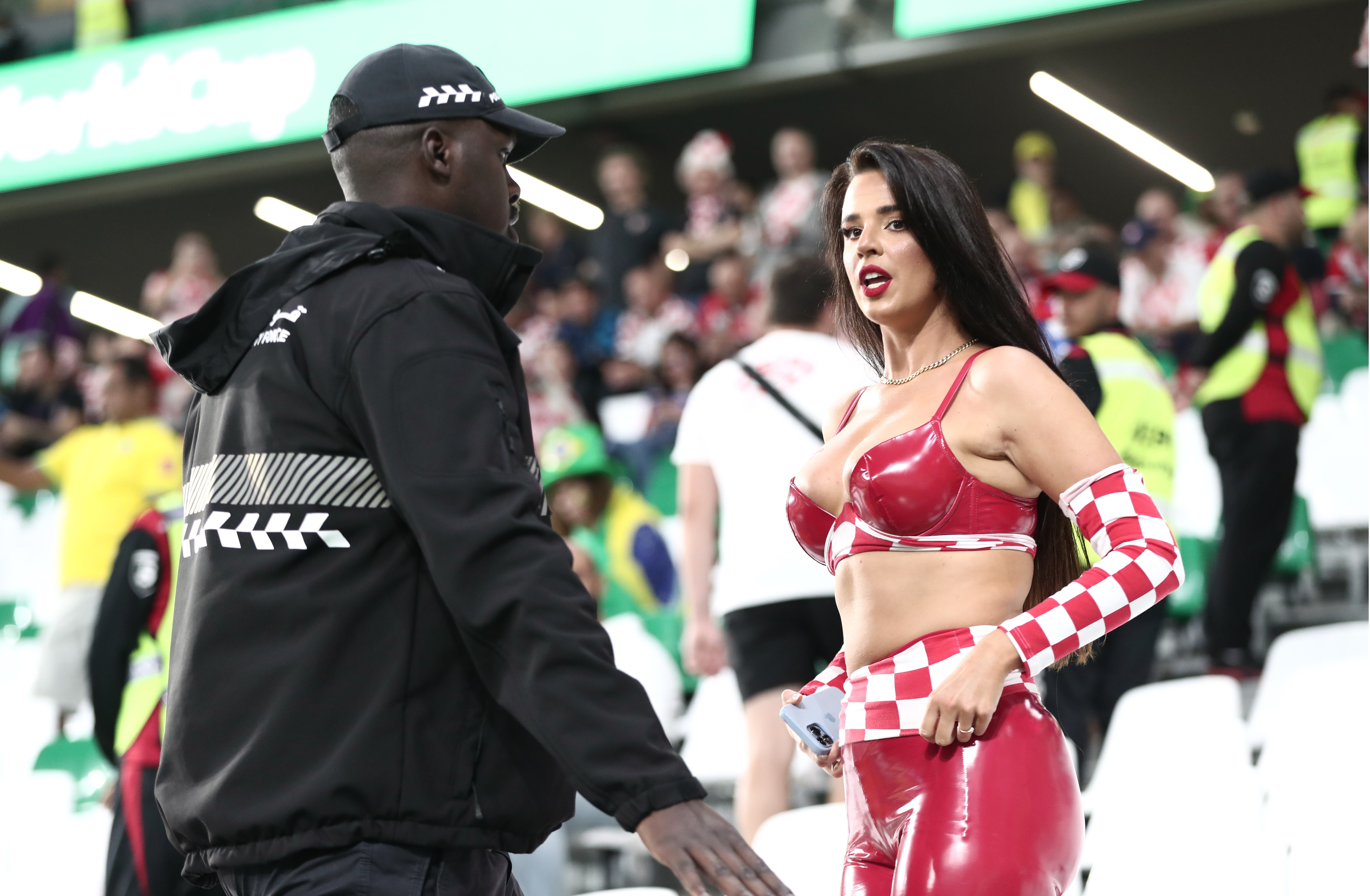 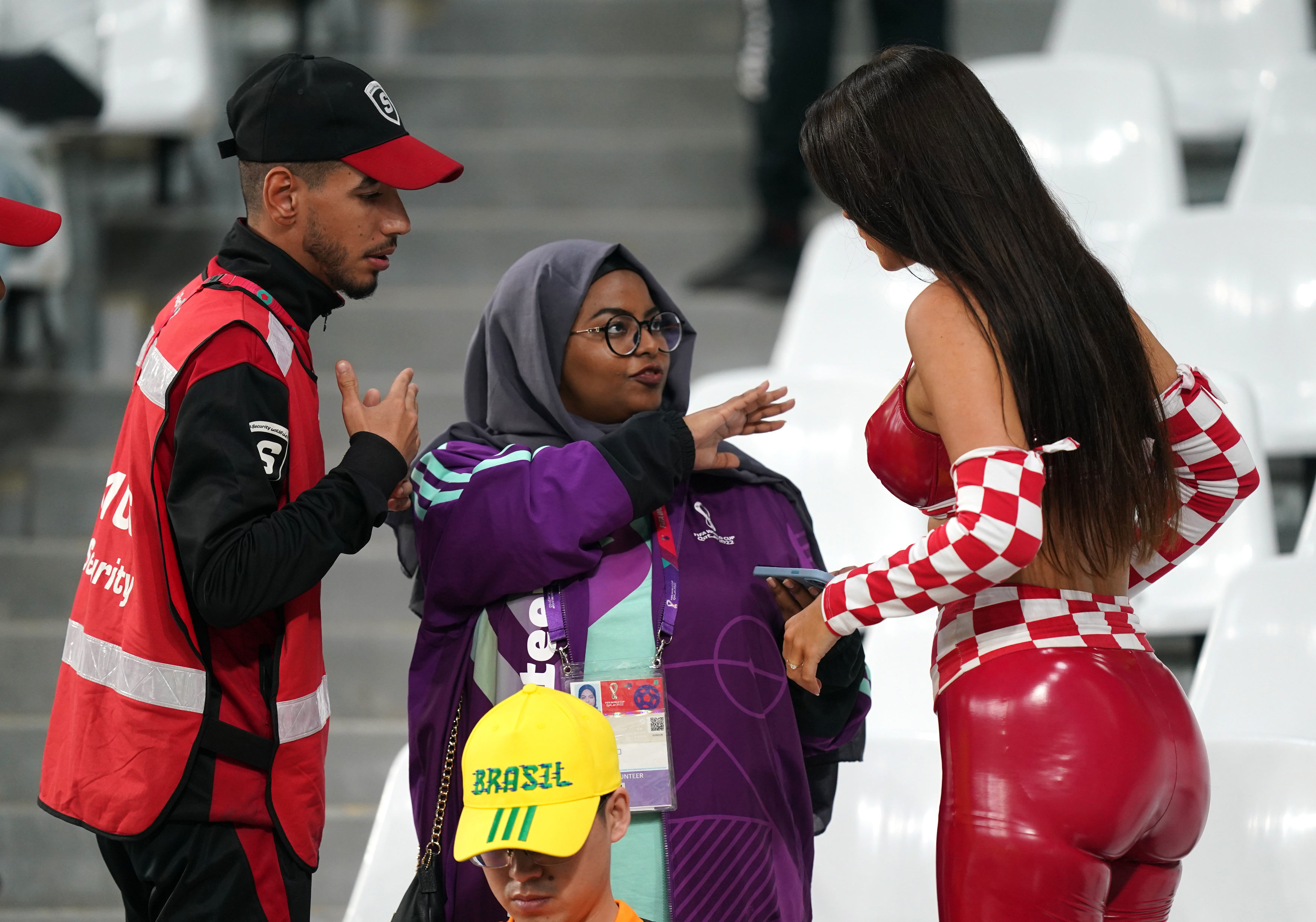 Wearing red high-waisted leggings and a bikini top, the model was snapped forming a heart with her hands to support her beloved team.

But it appears she was asked swiftly moved on by security who asked her to return to her seat.

Ivana was pictured speaking with one of the security guards at the Education City Stadium in Al Rayyan in Qatar.

In another picture, she can be seen speaking with two members of staff. 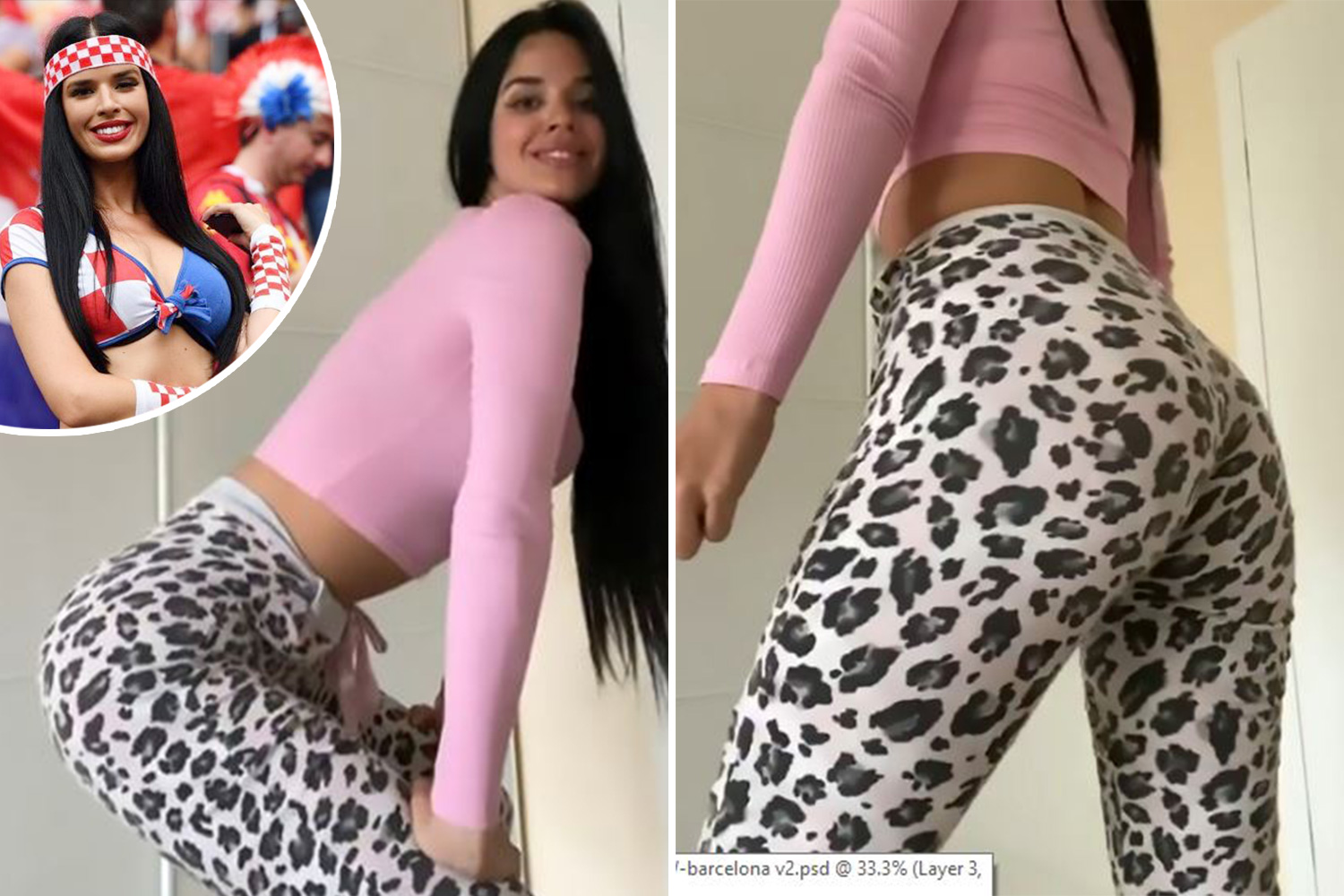 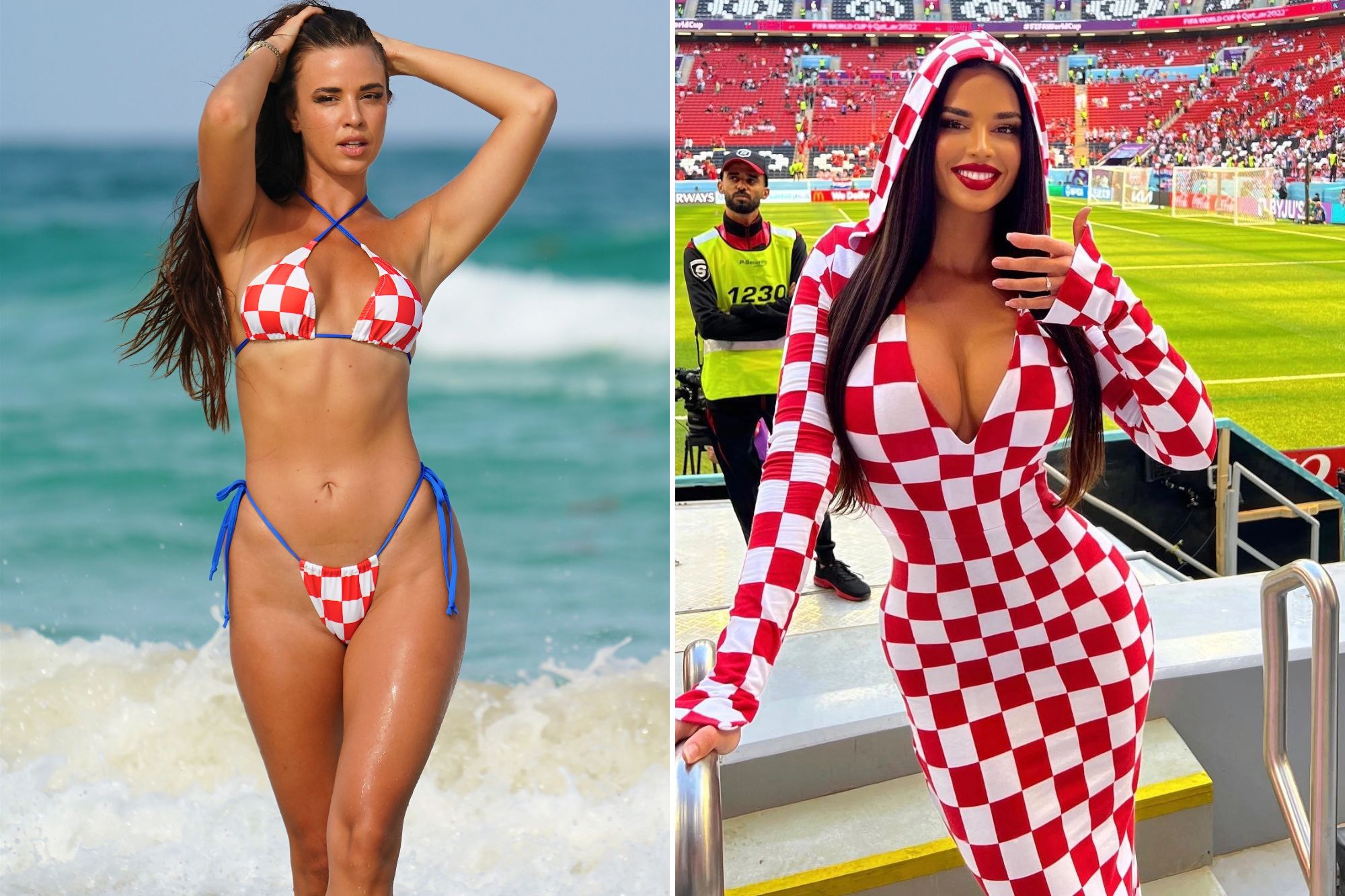 The model has appeared at every game to support her country,always in sexy outfits,despite Qatar's modesty laws.

Earlier today, to drum up support for her boys on the pitch, the stunning 30-year-old shared a series of seductive snaps with her 1.7million followers.

She proved her patriotism by donning her signature red and white ensembles in honour of her country's coat of arms.

Her first Instagram post featured her posing poolside in a teeny checkerboard bikini with a matching headband and socks.

Flaunting her curves, Ivana waved cheekily before blowing a kiss at the camera and beaming with her bright red lippy.

The model and influencer then took the opportunity to taunt five-time World Cup champions Brazil in the caption.

She wrote: "Can’t wait for Friday!"

Ivana was clearly in the mood to engage in some friendly football feuding, as she followed up with another flirty post.

Clearly convinced that Croatia will triumph over the likes of Richarlison and Vinicus Jr, she posted two sexy snaps of her frolicking in a tight-fitting crop top and matching skirt.

The stunning superfan was seen whirling around a rooftop in Qatar sporting a huge grin on her face.

Announcing she expects to celebrate a win over Brazil on Friday, she wrote: "Let’s dance tomorrow."

She is no stranger to some light-hearted trolling – after poking fun at Japan after they were beaten by Croatia on penalties.

Ivana posted a clip of herself eating sushi alongside the message: "Only sushi on today's menu."

She stuffed a hoard of red and white outfits into her suitcase before flying into the Arab country for the tournament from Miami.

Ivana revealed she puts together her striking ensembles spontaneously before heading to watch matches in the stifling heat.

Since becoming an internet sensation, the German-born model says she has been bombarded with messages from love-struck fans – even though she is off the market.

The 30-year-old told Sport Bild: "I get so many messages every day that I can't count them anymore.

"There are also very, very many e-mails. There are more marriage proposals among them."

She explained that although she had planned to leave Qatar if and when Croatia are eliminated – but has now had a change of heart.

Ivana said she is having such a blast at the World Cup, she will stay to watch the finals, "no matter who is playing".

But keen to encourage her team, she promised to put on quite the show if Croatia brings home the trophy.

Wrapping herself in her nation's flag, she teased: "If that happens, the flag falls…"

The red-and-white lover appeared on Piers Morgan Uncensored on TalkTV earlier this week to discuss her racy clothing choices.

Donning a revealing bikini top in the colours of the Croatian flag, she claimed that she hasn't received any negative comments since arriving in the Middle-Eastern country.

Ivana said she is instead badgered by impressed spectators -including women, men and children – desperate for a picture with her.

The influencer has risked flouting Qatar's laws on clothing as she posed in increasingly racy outfits at Croatia's games.

She even filmed herself strutting down a beach in Qatar in a red and white swimsuit, pouting at the camera. 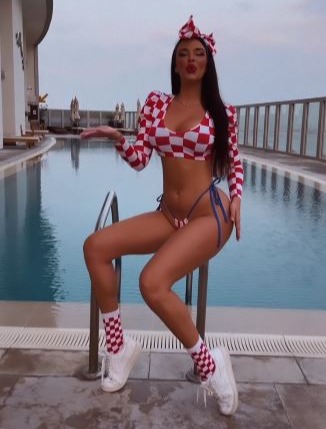 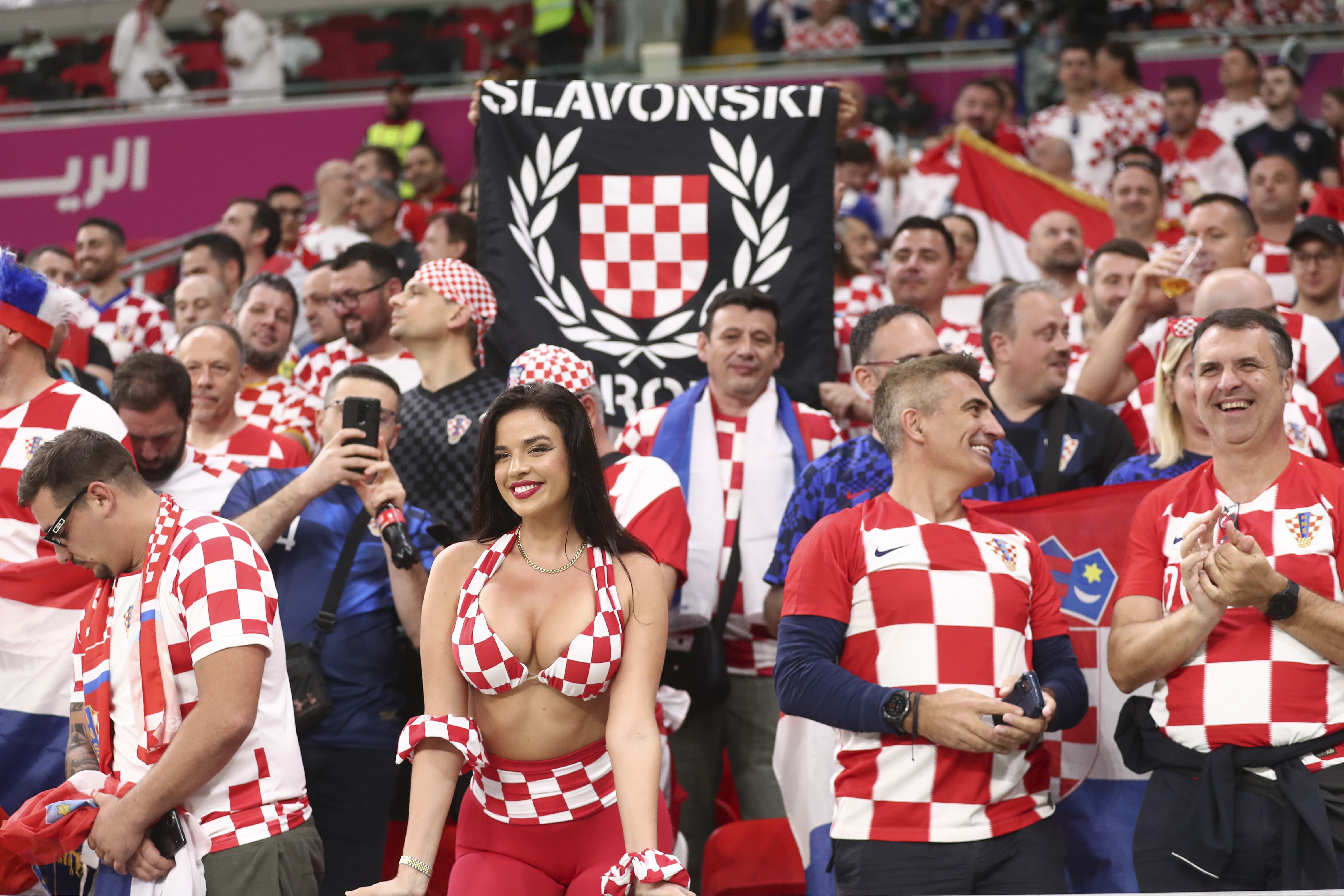 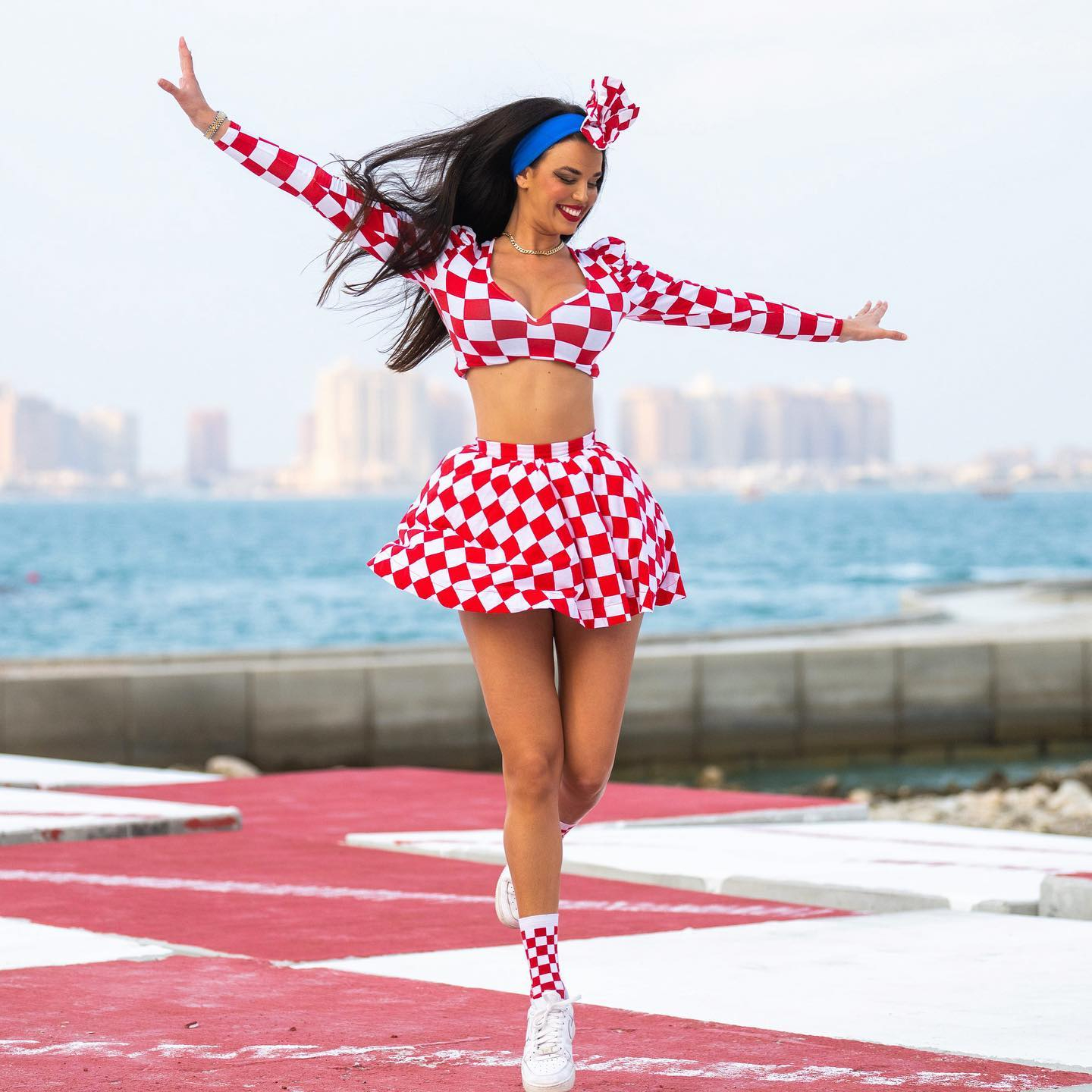 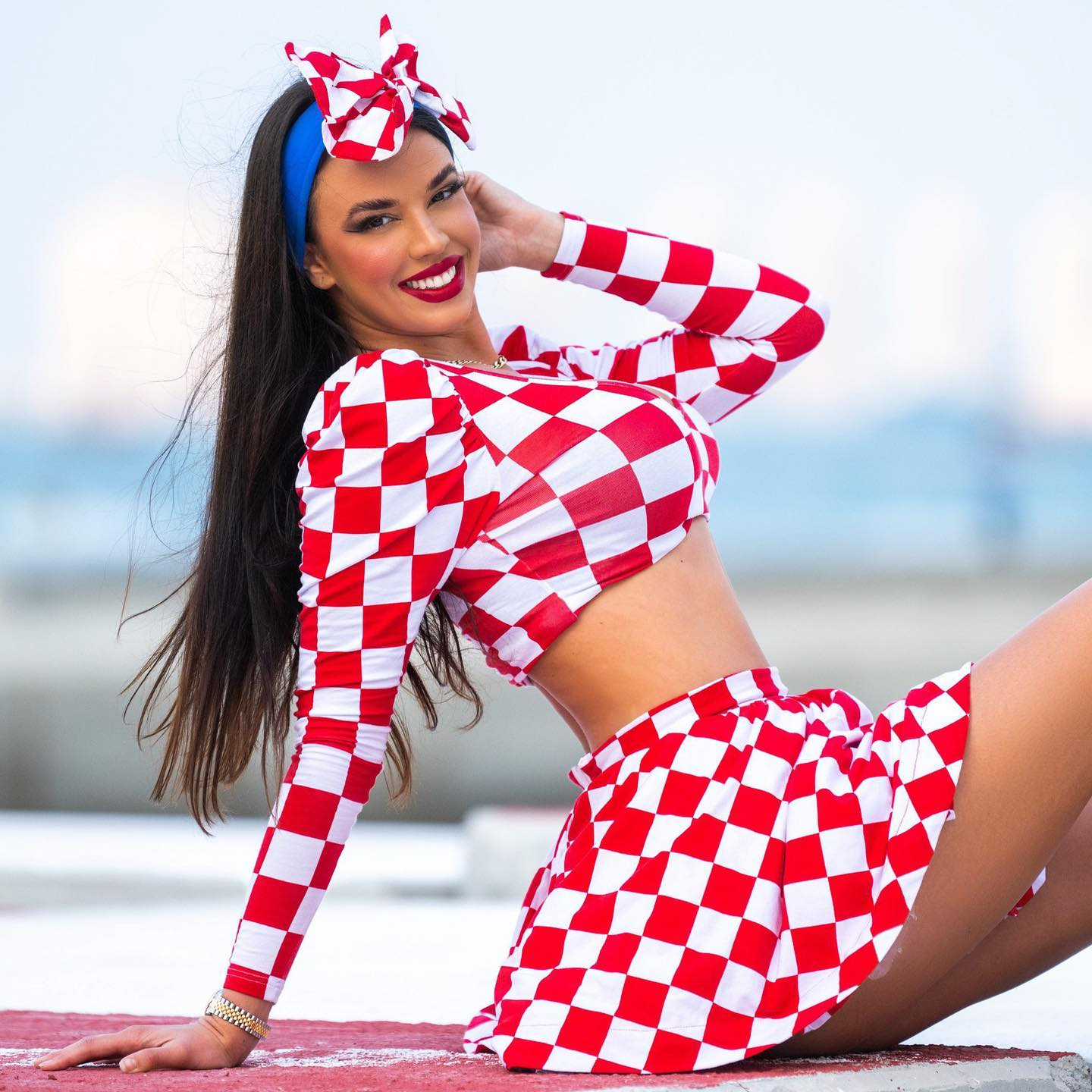 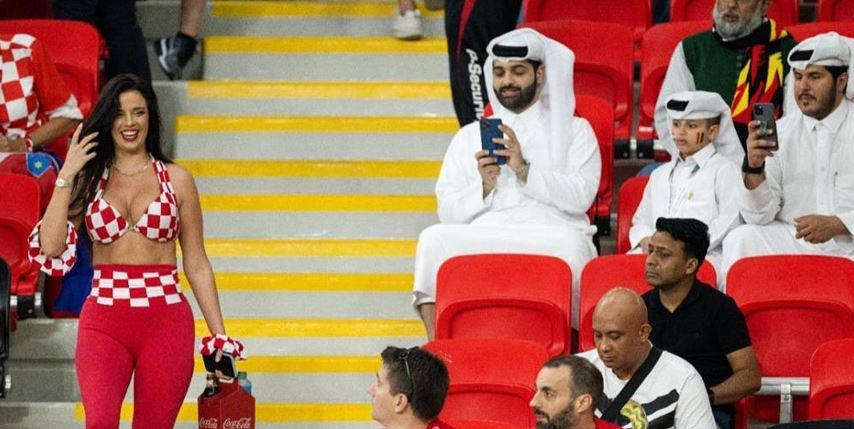