THIS is the 'monster' that weighs 100st, escapes his stable for more food… and could just be the world's biggest racehorse. 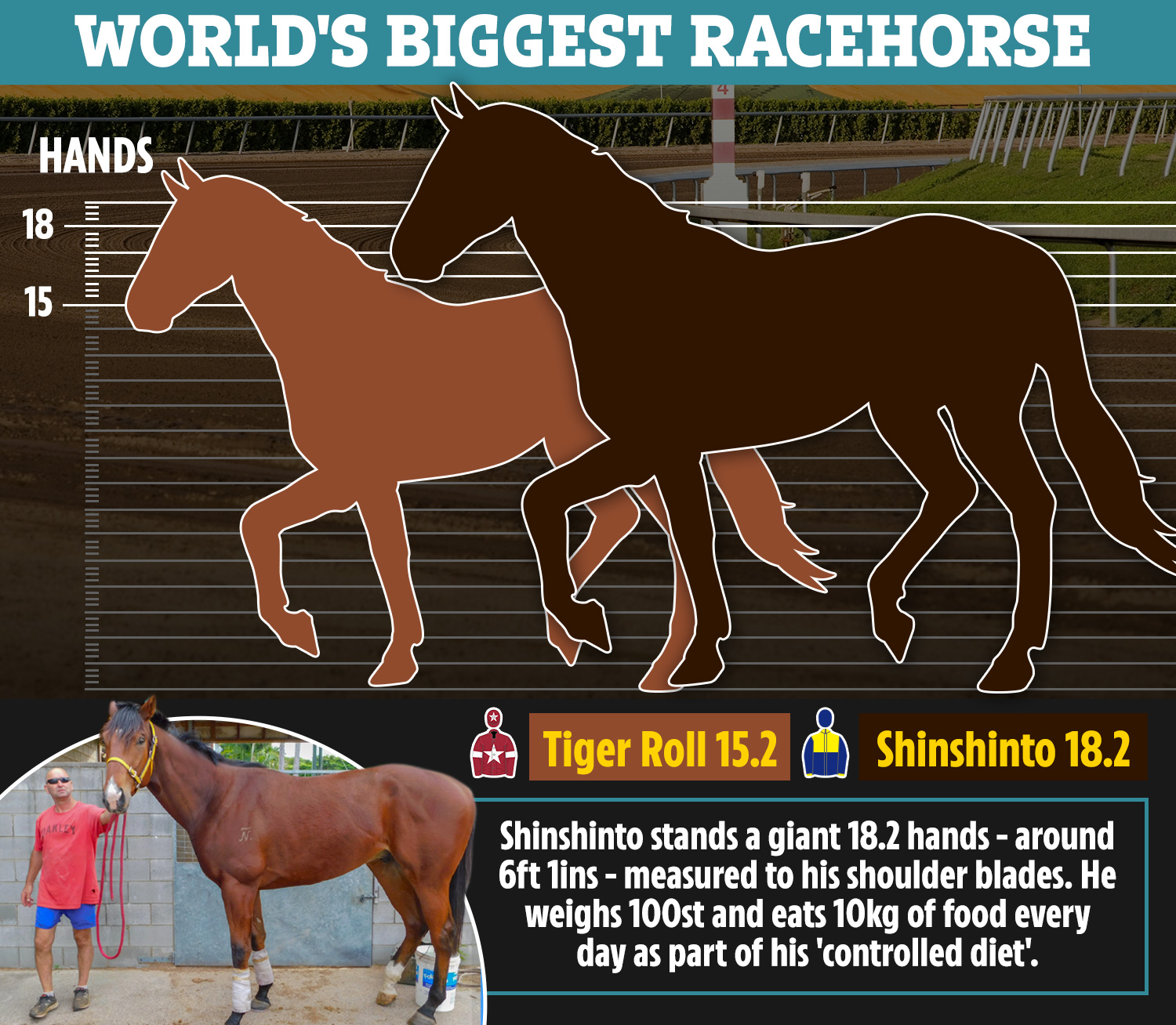 This gigantic four-year-old is an absolute colossus – standing a whopping 18.2 hands from the ground to his shoulder blades, around 6ft 1ins.

That's around ten inches taller than the average thoroughbred.

And for comparison, Holy Roller, widely considered to be the biggest racehorse ever, stood 18.1 hands.

Shinshinto eats 10kg of grains a day, 'never leaves a drop' according to co-owner Marty Edwards and has even been known to snack on pigeons' nests.

Weighing so much requires a diet of equally big proportions and, while a 'gentle giant', Shinshinto has been known to escape from his stable a few times in the search for more grub.

Trainer Dave Murphy has the task of keeping the horse – who has won two races from eight – in tip top shape.

He called Shinshinto a 'monster' and just keeping track of how much he eats seems a full-time job in itself – especially as he is still growing. 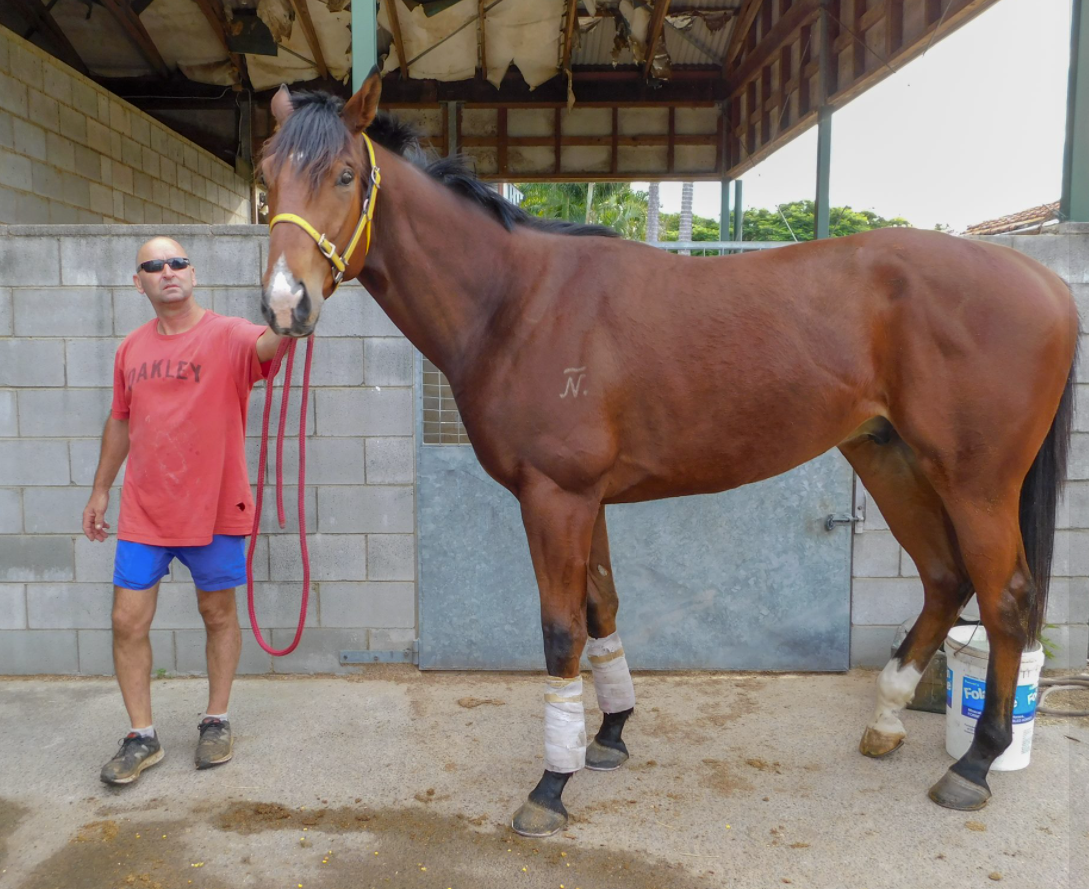 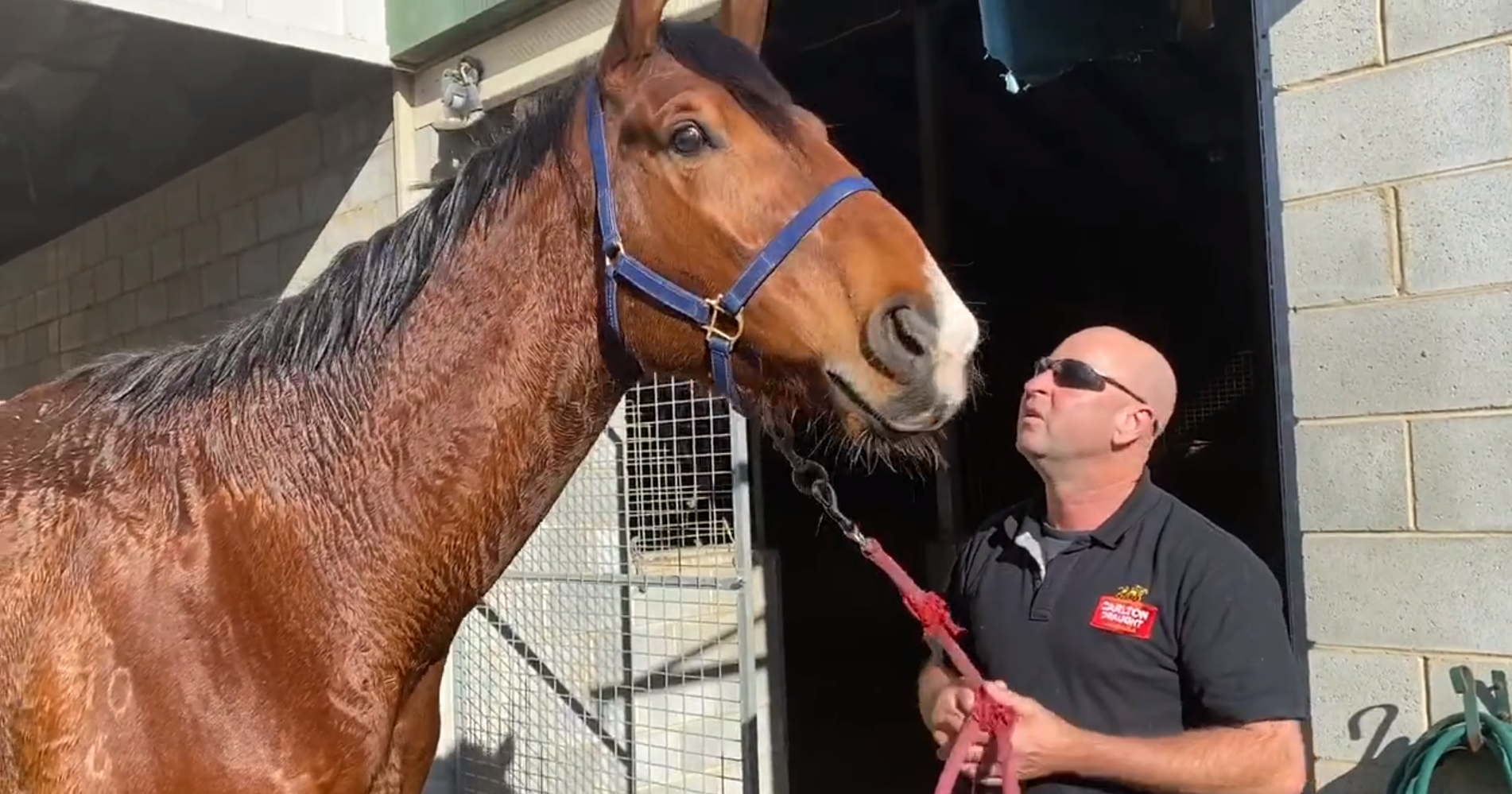 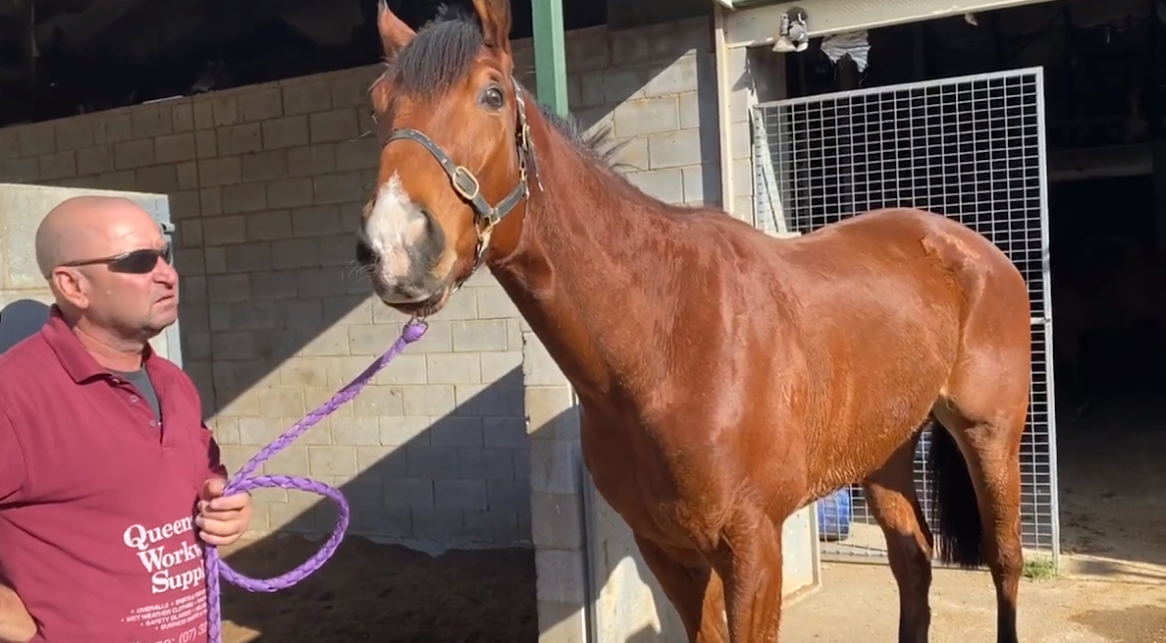 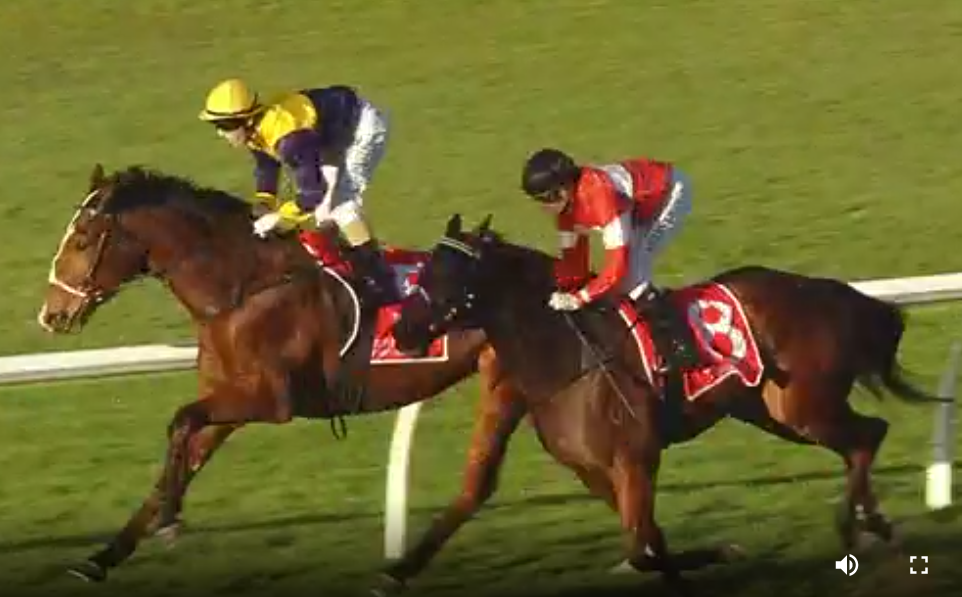 Murphy, who has ten horses in his stable, told SunSport: "Shinshinto eats as much as is given to him.

"You could say that, because of his massive appetite, we have had to put him on a controlled diet.

"He has also been known to snack on pigeons' nests.

"He is a gentle giant and he has escaped his box quite a few times – not to run away but to get into the feed room."

Shinshinto was bought at the Magic Millions Horses in Training sale in 2018 and has found his home with trainer Murphy in Queensland, Australia.

The enormous horse – affectionately called 'big bloke' and 'big fella' by workers at the stables – will next run on Sunday.

And if you back him he is easy enough to spot – he's the one towering over all the others.

Funnily enough, it was another Australian horse called Holy Roller that gained the reputation as the biggest ever.

He stood 18.1 hands – .1 hands below Shinshinto – but outweighed the pretender to his throne massively.

Even his head was believed to weigh in at 7st 8lbs, more than the weight of some jockeys.

Not given a chance by vets – essentially because he was too big – Holy Roller went onto enjoy a successful career, his biggest win coming in the G2 Waterford Crystal Mile at Mooney Valley in 1997.

If his potential matches his frame, expect Shinshinto to go down in racing folklore too.