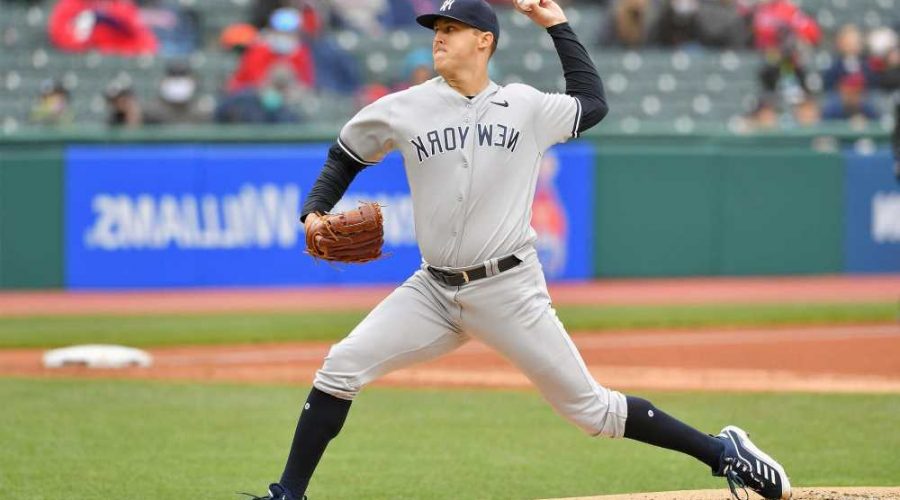 Maybe the order should be flipped? Regardless, the Yankees haven’t attained either goal, so their 7-3 loss to the Indians on Sunday at Progressive Field, which ended a three-game winning streak and dropped them to 9-12, left some marks. Here are three:

What to make of Jameson Taillon?

The Yankees’ high-profile trade acquisition, making his fourth start of the season, suffered the loss as he looked darn good for the first three innings, then — as soon as his teammates handed him a 3-0 lead — saw the first four Cleveland batters put together four runs in the bottom of the fourth, culminating with Franmil Reyes’ three-run homer.

That’s a lot of fours, and four has proven Taillon’s unlucky number. Exhibit A, your honor:

Could this be a durability issue? Aaron Boone didn’t agree, yet Taillon himself, whose ERA for the season shot up to 6.23, said, “I think it’s probably more just to do with turning the lineup over. That’s usually the spot where it’s the top of the lineup again. Yeah, they’ve already seen me. You’re going through the heart of the lineup, you get runners on base, you get traffic on base in the middle of the lineup, that’s when you need to make your pitches.”

By all means the Yankees should let the Taillon venture play out some more; when you can boast of 21 strikeouts against two walks in 21 ¹/₃ innings, as can Taillon, you earn the right to keep going in the season’s first month.

However, if this pattern persists, could Taillon make sense as a long reliever, good to go one time through the lineup?

Why not relieve Taillon with Luis Cessa?

The game stood at a manageable 4-3 deficit for the Yankees when Boone decided to lift Taillon for the bottom of the fifth. No argument with that call, given Taillon’s troublesome fourth. Some argument with going to Nick Nelson rather than the birthday boy Cessa for the fifth. Much argument with sticking with Nelson for the sixth after the right-hander’s shaky initial frame, during which he walked the first batter he faced Austin Hedges and saw him come around the score; Nelson permitted two more runs in the sixth to effectively put the game out of reach and lift his ERA to 9.72. After the game, the Yankees sent him to the alternate site to make room for Monday night’s starting pitcher Deivi Garcia.

Cessa, who turned 29 and has turned out to be a really solid Yankees addition, “was an option there, sure,” Boone acknowledged. In going instead with Nelson, the manager said, he was “just trying to get some length. Still trying to stay away from guys down a run, hoping he could get us through the middle innings.” Boone wound up relieving Nelson with Cessa, who fired two shutout innings — with help from a great catch by Clint Frazier — in the lower-leverage situation to lower his ERA to 0.77.

Can they elevate their improving offense to the next level?

The Yankees are hitting homers again, the key to their resurrection; Gio Urshela (a two-run shot) and Mike Ford went back-to-back Sunday in the fourth against Indians starter Triston McKenize, making this the sort of competitive contest that they couldn’t present a week prior.

Nevertheless, the Yankees still stranded eight runners and went 0-for-3 with runners in scoring position, dropping them to an unseemly .216/.347/.265 in that important category.

“Our at-bats are getting better, and obviously Cleveland’s a team that can really pitch,” Boone said. “We just couldn’t really bust it open today, which was a little frustrating, but I feel like, as far as where we are right now as a club, I feel like we’re in a good spot to hopefully go out and continue to play well.”

Onto Baltimore to face the lousy Orioles, and if they don’t build on this series victory, well, there’ll be more intense autopsies right around the corner.