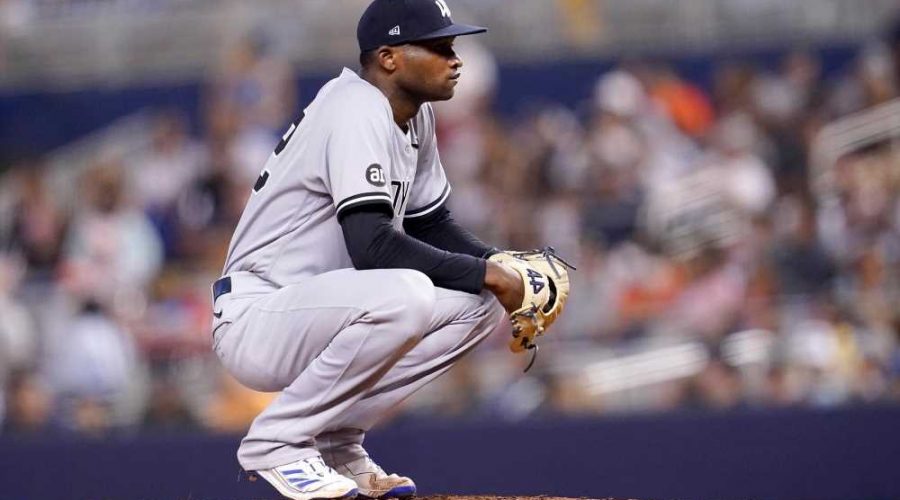 Gleyber Torres didn’t reward the Yankees’ faith in this one

MIAMI — The Yankees didn’t do much to fortify their rotation before Friday’s trade deadline and now it’s taken another blow, as Domingo German on Sunday was placed on the 10-day IL with right shoulder inflammation.

Albert Abreu — who gave up six runs without retiring a batter in his last outing against the Rays — was called up as a result.

The move comes a day after German tossed four innings and gave up two runs in Saturday’s win over the Marlins. German threw 66 pitches in the outing and was removed for pinch-hitter Gio Urshela with two on and two out in the top of the fifth.

After the game, German said he felt “phenomenal,’’ so it’s unclear when the issue came up.

Andrew Heaney, acquired Friday in a trade with the Angels, was already slated to make his debut with the Yankees on Monday in The Bronx, with another lefty, Nestor Cortes, moving back into a long relief role.

Cortes could now be shifted back into the rotation while the Yankees wait for Luis Severino to complete his rehab from Tommy John surgery, which was delayed by the strained groin he suffered in June.

Corey Kluber is also working his way back from a strained shoulder that’s sidelined him since May.

German pitched seven no-hit innings in his previous start before he was removed after an eighth inning double. On Saturday, he kept the Marlins hitless into the fourth before a pair of hits led to the two runs.