YOUNG jockey Aidan MacDonald has had the bleed removed from his neck after he was rushed to hospital.

The Scot suffered a horror fall at Hexham two weeks ago, but was yesterday readmitted to emergency care in a critical condition. 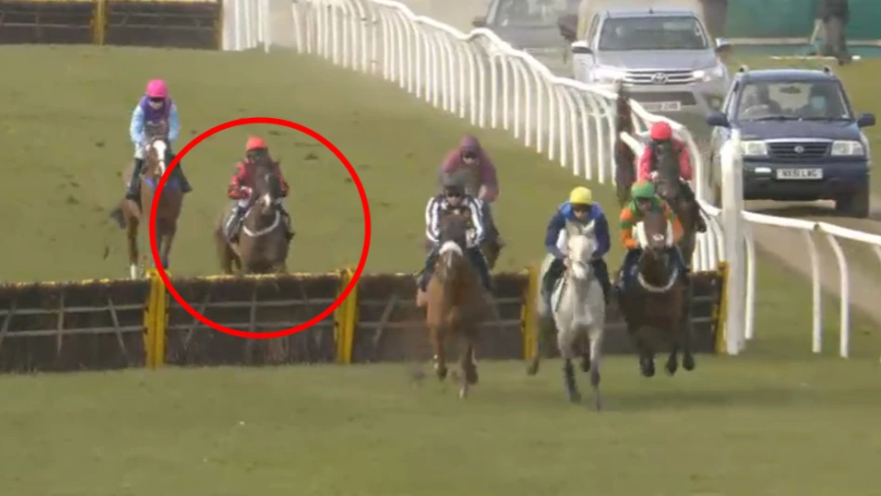 It was reported that MacDonald had suffered a suspected carotid artery dissection – meaning a deep bleed in the blood vessel in the neck that supplies the brain.

And today his trainer Micky Hammond provided an upbeat bulletin, although MacDonald still faces a long road to recovery after his fall on March 18.

Hammond tweeted: "Update on Aidan Macdonald – The bleed has now been cleared.

"He is speaking in sentences and can feel and move his fingers.

"A long road ahead but what a warrior, we still ask for privacy for his family at this difficult time. But what positive news."

The Injured Jockeys Fund said in a statement yesterday that MacDonald had been discharged from hospital but returned after feeling unwell.

It said: "Aidan MacDonald had a fall at Hexham Racecourse on March 18 and went to the Royal Victoria Infirmary in Newcastle from where he received extensive testing and was subsequently discharged.

"Yesterday, after being taken ill, he went in an ambulance to the James Cook Middlesbrough Hospital.

"He is in a critical condition and receiving active treatment for a suspected carotid artery dissection.

"Aidan's parents kindly ask for privacy at this difficult time."