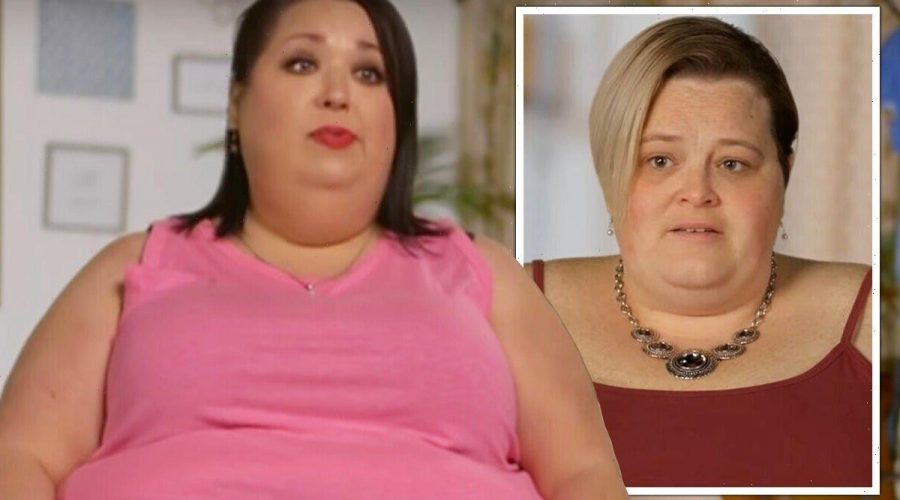 TLC’s hit reality series follows four overweight friends who are determined to change their lives for the better, but there is still a long road ahead for Meghan Crumpler and Tina Arnold. Following the recent release of 1000lb Best Friends’ second season, the friends and co-stars have hit back against the criticism Meghan received from fans for continuing to live with Tina’s family.

Viewers were unimpressed with Meghan when she followed Tina and her family to a hotel after a disastrous flood.

They also called her “lazy” and “unhelpful” while she stays with Tina, claiming Meghan and her family weren’t pitching in enough around the house.

However, the friends have responded to the backlash by insisting the accusations simply aren’t true and their current living arrangements are the best way forward.

“You see, maybe, 10-minute clips of my entire life,” Meghan said of the series.

“Some viewers may have never seen me in Too Large, which is my first show which aired on TLC.

“I lived with my mum and dad, I had congestive heart failure and was on oxygen 24/7. I was on my deathbed.”

While Meghan eventually wants to find her own place, living with Tina has done wonders for both friends’ mental health.

“I’m working very hard to get to a better place so that I can live on my own,” she continued on the iHollywoodTV podcast.

“But, in the meantime, me and Tina are like sisters. We grew up together. She wouldn’t have it any other way but to have me here.

“It was her idea for me to come here. I’m going to let Tina speak on this – it’s her house!”

Tina was also clearly frustrated with the reaction from fans and had to tread carefully when she shared her thoughts on the viewers’ response.

“I’m not as nice as Meghan,” she said. “So I have to be very careful about what I say.”

DON’T MISS:
The Last of Us fans ‘work out’ source of infection outbreak [THEORY]
The Handmaid’s Tale star returns to Law and Order SVU [NEWS]
My 600lb Life backlash as Aaron’s wife storms out on Dr Now [REACTION]

“I want Meghan here, that’s where I’ll start with. Before Meghan came I was also in a very dark place.

“I was trying to navigate through depression and severe anxiety and my stress levels were just through the roof.

“I needed a friend because, you know, your husband can only understand so much because he isn’t living this life.

“So, when she came here, she helped to take some of that off of me. And she is a true help to me.”

“Like, it’s night and day where I was before she came and where I am now, mentally. So, all I can say to the people who think she shouldn’t be here is she is helping me to be here. So, I need her here.”

Meghan also addressed comments suggesting she should have found her own hotel room, reminding viewers it would have cost more than $6,000 a month.

“If I had the money I wouldn’t be living in my friend’s basement!” she laughed.