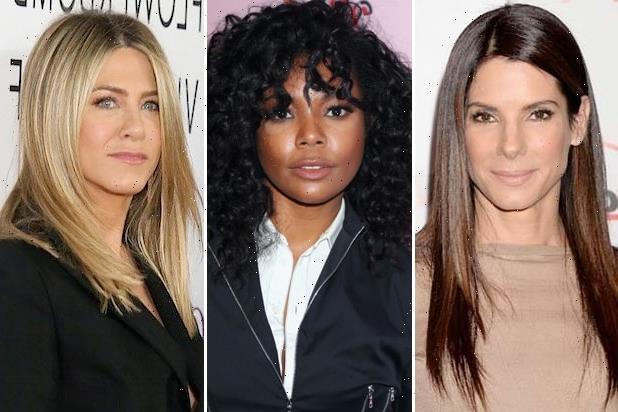 From Amy Adams to Reese Witherspoon, these actresses aren’t letting four-plus decades slow down their career 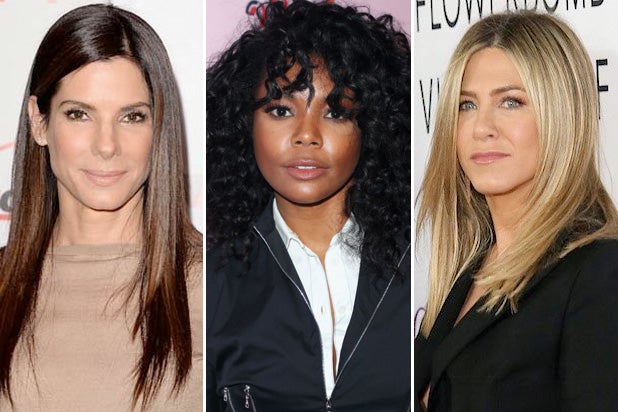 Celebrate the leading ladies of Hollywood who are still killing it in their 40s.

Kerry Washington broke out in films like “Ray,” two “Fantastic Four” movies and Quentin Tarantino’s “Django Unchained” but really came into her own on the small screen, picking up Emmy nominations for her work in Shonda Rhimes’ “Scandal” and for playing Anita Hill in the HBO film “Confirmation.” In 2020, she starred with Reese Witherspoon in “Little Fires Everywhere.”

After her breakout role as Izzie Stevens in “Grey’s Anatomy,” Heigl went on to star in “Knocked Up,” “27 Dresses,” and “State of Affairs.” She recently starred in Netflix’s 2021 “Firefly Lane.”

Zoe Saldana is best known for starring in science fiction films, ranging from “Avatar” to playing Gamora in “Guardians of the Galaxy.”

A star since her teenage years, Witherspoon has expanded her profile with the Draper James fashion and home line as well as producing projects (that she often also acts in) such as “Wild” and HBO’s “Big Little Lies.”

Gwyneth Paltrow has been starring in notable Hollywood films since the early ’90s, most recently as a staple of the Marvel Cinematic Universe as Pepper Potts.

The Australian actress can do drama (the series “Damages”) or comedy (“Bridesmaids,” “Neighbors” and “Physical”). In 2020, she even played Gloria Steinem in the limited series “Mrs. America.”

Best known for her role in “Orange is the New Black,” Laverne is a fierce actress and LGBTQ+ advocate. She recently served as an executive producer for “Disclosure: Trans Lives On Screen” and has acted in “Promising Young Women” and “The Black List.”

Emmy-nominated Sandra Oh is best known for her leading roles in “Grey’s Anatomy” and “Killing Eve.” Oh became the first Asian woman to host the Golden Globes in 2019.

Beginning her career in daytime soap operas “One Life to Live,” and “Guiding Life,” Navedo is best known for her role as Xiomara in “Jane the Virgin.”

Academy Award winning Angelina Jolie has starred in “Girl, Interrupted,” “Maleficent” and “Mr. & Mrs. Smith.” She has also written and directed several war dramas, including “Unbroken” and “First They Killed My Father.”

Besides starring on “The Young and the Restless” and “Desperate Housewives,” Eva Longoria launched her own production company, UnbeliEVAble Entertainment, in 2016.

The Academy Award winning actress has graced screens in films such as “Belle Époque,” “Sahara,” and “Murder on the Orient Express.”

Upon receiving worldwide recognition for her leading role in “La Reina del Sur,” she began her acting career in Hollywood, starring in “Under the Same Moon.”

Tracee Ellis Ross broke out in the hit series “Girlfriends.” She stars in the popular ABC series “Black-ish” and recently starred in “The High Note.” She also received a spin-off series in “Mixed-ish.”

As a Golden Globe nominated actress, Alba has tackled everything from “Fantastic Four” to “Sin City” to “LA’s Finest.”

Academy Award-nominated Jessica Chastain made her film debut in “Jolene” and has since been the leading lady in “Miss Sloane” and “Molly’s Game.”

Leslie Mann is most known for her roles in comedy films like “The Other Woman,” and “Knocked Up.”

Her debut as Detective Rosa Diaz in “Brooklyn Nine-Nine” earned Beatriz the role of Carla in the hit musical film “In the Heights.”

As a writer and actress on “Insecure,” Rothwell has supporting roles in “Wonder Woman 1984” and “Love, Victor.”

From “Mad Max: Fury Road” to “Long Shot,” this Academy Award-winning actress can do it all.

The “V for Vendetta” star received an Academy Award for her performance in “Black Swan.” She also starred as Jane Foster in “Thor” and “Thor: The Dark World.”

After winning two Tony awards for her work on the Broadway stage, Sutton Foster broke into Hollywood through her leading debut in “Younger.”

After her Golden Globe winning performance in “Almost Famous,” the actress and Fabletics founder has starred in “Bride Wars” and “Music.”

The “Clueless” star has also starred in “Batman & Robin” and “Miss Match,” along with publishing two vegan cookbooks.

The “Dawson’s Creek” actress has starred in “Brokeback Mountain,” “The Greatest Showman” and “My Week with Marilyn.”

Comedian Amy Schumer is best known for her roles in “Trainwreck,” “I Feel Pretty,” and “Snatched.”

From the “Tyra Banks Show” to 24 seasons of “America’s Next Top Model,” Banks has always had a place at the table in Hollywood. In 2018, Banks reprised her role as Eve in “Life-Size 2.”

Vera Farmiga has had success with hits like the “Conjuring” movies and Best Picture-winner “The Departed,” and landed an Oscar nomination for “Up in the Air.” She also picked up Emmy nominations for her work in “Bates Motel” and the 2019 miniseries “When They See Us.”

The Australian actress is best known for “Pitch Perfect,” “How to Be Single,” and her leading role in “Isn’t It Romantic.”

Sanaa Lathan has starred in many cult classics like “Love & Basketball,” “The Best Man,” and “Brown Sugar.” She starred in the TV series “Shots Fired.”

“The Help” actress received a Golden Globe Nomination for her performance in “As You Like It.” She has recently appeared in “Black Mirror” and “Jurassic World.”

Gabrielle Union first had her breakthrough role in the cult comedy “Bring it On.” Since she’s starred in films like “Think Like a Man,” “Deliver Us From Eva,” and “Bad Boys II.” She starred on BET’s first scripted drama “Being Mary Jane.”

Vergara has starred in films like “Soul Plane” and “Tyler Perry’s Meet the Browns.” In 2020, she wrapped a long run on the ABC sitcom “Modern Family.”

The Australian actress has starred in “The Great Gatsby,” “Now You See Me,” and “Tag.”

Best known for her role as Suzanne “Crazy Eyes” Warren on “Orange is the New Black,” Uzo Aduba is also known for “In Treatment” and “Mrs. America.”

Best known for her role as Kate in “This Is Us,” Chrissy Metz has earned nominations for two Golden Globe Awards.

Toni Collette received recognition for her role in “The Sixth Sense.” Since, she’s starred in “About a Boy” and “The Hours.”

Carrie Coon is best known for “Gone Girl,” “The Leftovers,” and “The Nest.”