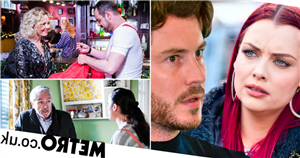 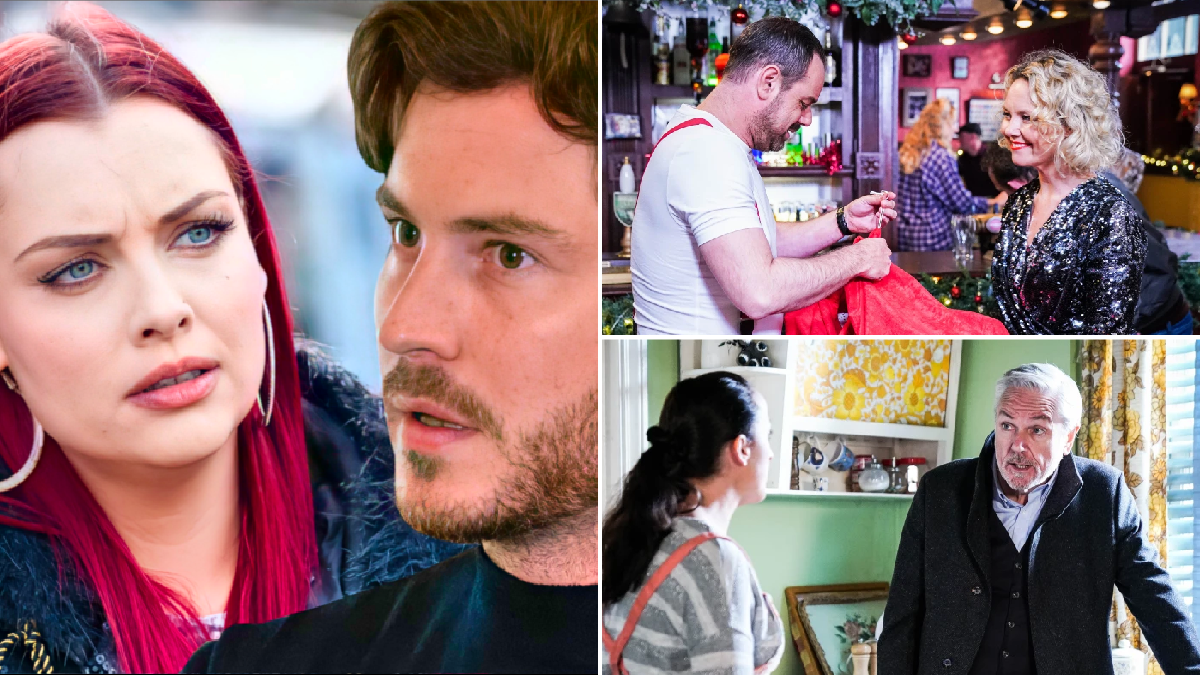 The festive season is almost upon us, but son’t be expecting peace and goodwill in the land of EastEnders!

With Chelsea Fox (Zaraah Abrahams) intent on marrying Gray Atkins (Toby-Alexander Smith), Whitney Dean (Shona McGarty) makes it her mission to stop the ceremony, and thus does some digging.

She speaks to Laura (Sarah Paul) once more, urging her to speak to Chelsea, but with Kheerat telling Gray he’ll come to his wedding, she feels alone in her quest. Nonetheless, however, she makes a huge discovery, as she realises Gray killed Chantelle (Jessica Plummer) – and she’s got proof!

Janine gets dressed up as Santa’s Little Helper, but her efforts go unnoticed by Mick, much to the amusement of Nancy and Shirley. Later, the schemer learns that Mick is not spending Christmas with Linda

It’s all kicking off in Albert Square next week and if you’d like a first look, then check out our gallery below, containing a whopping 50 pictures!

EastEnders airs these scenes w/c Monday December 20 on BBC One.