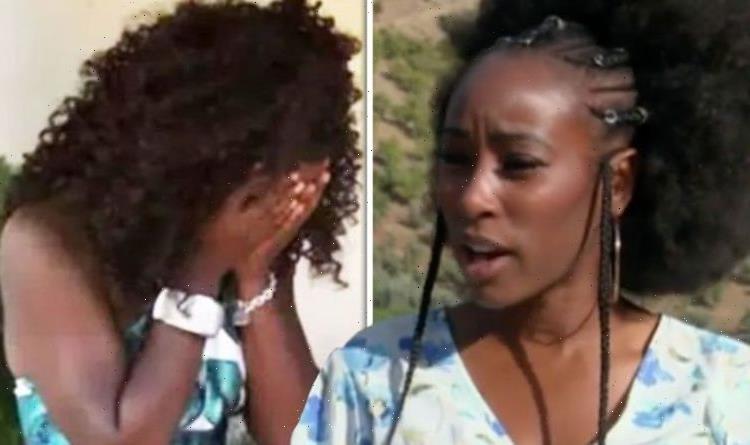 A Place in the Sun: Scarlette reveals seller pulled out

A Place in the Sun presenter Scarlette Douglas has helped numerous couples find their dream home in warmer climes on the Channel 4 show. In an exclusive interview with Express.co.uk, the presenter and property expert admitted there was one search in particular that stays with her due to the emotional story behind the couple’s wish for a fresh start.

Scarlette was asked to recall a particular standout moment from her time on A Place in the Sun.

She explained: “There’s quite a few of them but the one that really sticks out for me are a couple, called Doreen and Tommy.

“They were so lovely and bless Tommy, he’d had a really bad accident and he could just about walk.

“I remember he was taking lots of different sorts of medication and painkillers when we were on the shoot.”

“But they had saved up for so long and they really needed this home because him being in the heat and in the sunshine helped with his ailments and his pain,” she continued.

“It was probably one of the hardest shows I’ve ever filmed because Tommy wanted a cave house and Doreen wanted to be by the coast.

“So the difference in locations in Andalucia [was huge], probably an hour and a half drive one way and then two hours back or three hours it was a really difficult show logistically.

“But we found them, the most perfect property and they were so happy by the end of it.”

“There was [lots of] cheering and hugging and crying and we got it for them at a good price,” Scarlette noted.

“That’s one show that always really sticks out in my mind because of everything they’ve been through and to help them with their new chapter was just amazing.”

The A Place in the Sun host and her brother Stuart Douglas join forces for a special episode of Love it or List it.

Discussing the new project, she said: “Love It or List It is normally fronted by Kirstie Allsopp and Phil Spencer.

“It’s couples that have got a house, one absolutely loves the house wants to stay but understands that it doesn’t work well for them at the moment so we need to make it work a lot better for their family.

“And then the other just wants to leave the house, whether it’s the house itself or the location they just want to move and live somewhere else.

“The one half of the couple that wants to stay, they stick with Kirsty and she revamps the house and shows them how they can love it again.”

“And then the other person is with Phil and he shows them what they could get for their money in a different area,” Scarlette said.

“My brother Stewart is playing Kirsty’s role, and then I am doing the sales role.

“I’m helping show the couple what they can get somewhere else for their budget and my brother’s pretty much breathing new life into their current home.”

A Place in the Sun airs on Channel 4 on weekdays at 3pm. Love it or List it will air on September 10 as part of Channel 4’s Black to Front day.

21/08/2021 TV & Movies Comments Off on A Place in the Sun: Scarlette Douglas addresses hardest property search Lots of crying
Lifestyle