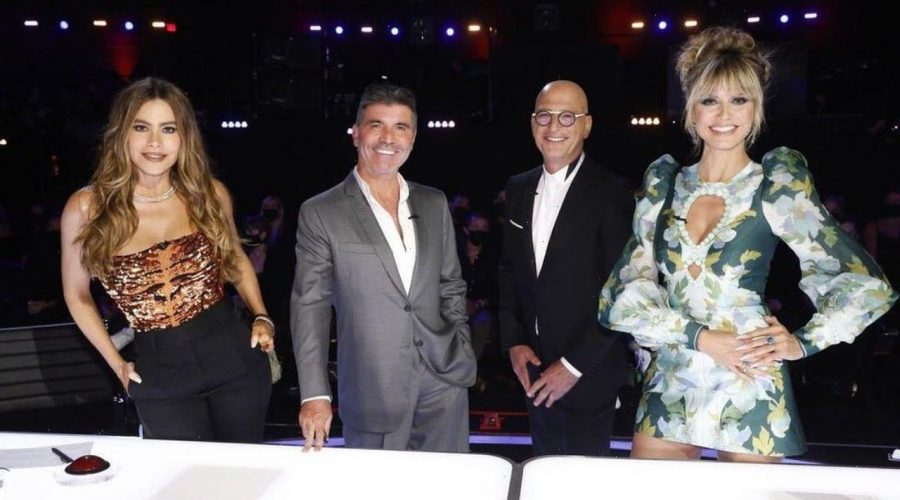 The first performer of the night is 1aChord, who sings a fun rendition of ‘Every Breath You Take’ by The Police, adding an energetic gospel element to their performance.

AceShowbiz -“America’s Got Talent” returned on Tuesday, September 7 with the second night of Semi-finals of season 16. In the new outing, the last 11 contestants hit the stage to perform in front of judges Simon Cowell, Howie Mandel, Sofia Vergara and Heidi Klum in hope of being sent to the Finals.

The first performer of the night was 1aChord, The trio sang a fun rendition of “Every Breath You Take” by The Police, adding an energetic gospel element to their performance. “I love the song choice, I loved that you had some choreography, I loved all the production,” Howie praised the group. “You stepped it up.”

Later, quick change artist Lea Kyle showed off magical performance that was enough to make Howie call her a “show-stopper.” Simon also loved the act, saying, “That performance just defined what this show is all about. It was genuinely a million-dollar performance. This is an act I genuinely believe will be a huge hit in Vegas. This is what the Luxor needs, what we need, what the final needs. Congratulations.”

Stand-up comedian Kabir Singh then poked fun at his love life, the world of dating, being an Indian in America as well as the challenges of modern life. Simon, however, found it boring as he pressed his buzz. “It wasn’t going great,” Simon said. “I thought by giving you a buzz, I think it made the act better weirdly.”

As for Northwell Nurse Choir, the group delivered an emotional performance of “Don’t Give Up on Me” by Andy Grammer which earned them a standing ovation from all the judges and everybody in the theater. “You really spoil us,” Heidi commented. “You help all of us with our health and now you give us this gift of an amazing performance.”

Psychic illusionist Peter Antoniou attempted to do another mind-blowing trick involving thousands of random photos. He, however, made a few mistakes throughout his whole act. Next up was 9-year-old opera diva Victory Brinker who continued to show off her amazing voice. “You are a star in the making, we’re so proud we found you!” Heidi shared.

Dance troupe Chapkidz later hit the stage to offer what Simon dubbed “the best performance of the night so far.” Sofia added, “I can’t wait to see you guys in the finals because I want to see you guys dance again.” Meanwhile, Rialcris was buzzed by Simon amidst their performance. “Everything was great. I just think we’ve seen the same act every time,” Simon explained.

Comedian Josh Blue wowed the judges with his briliant performance. “Josh, you’re so funny. Every time you come here, you make us look at each other and laugh. You’re brilliant and you’re so inspirational because, you know, whatever your condition, it has not stopped you from living your best life,” Sofia said.

Rounding out the night was Brooke Simpson. She sang Ed Sheeran‘s “Bad Habits” that Simon called “spectacular.” Heidi marveled, “You shine so bright, it’s almost blinding. This was a stellar, stellar performance!”