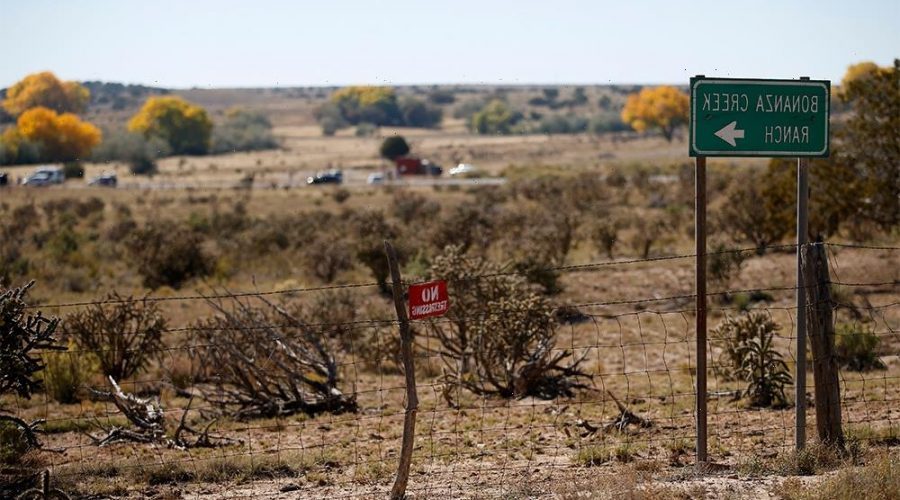 The gun handed to Alec Baldwin on the set of Western film “Rust” was declared safe by the production’s assistant director, according to an affidavit filed by the Santa Fe County’s Sheriff’s Office obtained by the New York Times and Associated Press.

According to the affidavit, the AD shouted “cold gun” on set, meaning that the prop gun was safe to use and did not contain any live ammo. However, when Baldwin pulled the gun’s trigger, it fired a projectile that fatally struck cinematographer Halyna Hutchins in the chest and hit director Joel Souza’s shoulder. The Times reported that the document says Hutchins was standing in front of Souza at the time of the incident.

The AD “did not know live rounds were in the prop gun” and the weapon was readied by an armorer beforehand, the affidavit stated according to the Times.

The affidavit, filed in a Santa Fe court on Friday, also contained a search warrant requesting to investigate the set building where the incident happened, which was granted by a state magistrate judge. The search will also include taking biological evidence from the prop gun and reviewing any footage that may have been recorded, the Times reported.

After the shot was fired, the affidavit states that the armorer was given the prop gun and then removed the “spent casing” from the weapon before giving it to the police. Baldwin was wearing clothing consistent with a costume for the film (“Old Western style clothing”) but changed and also gave his clothes to the police, who said they “appeared to have blood stains,” as the Times reported.

No charges have been filed in the incident, which took place on Thursday night. In a statement released on Friday, Baldwin said, in part: “There are no words to convey my shock and sadness regarding the tragic accident that took the life of Halyna Hutchins, a wife, mother and deeply admired colleague of ours.”