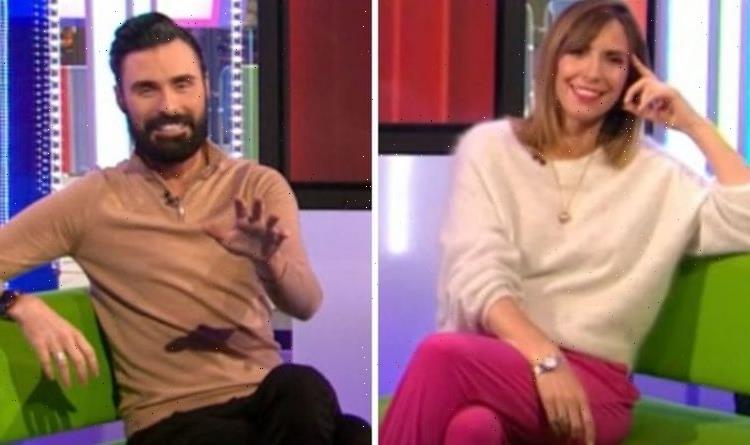 The One Show: Rylan comments on Alex’s ‘cute’ outfit

Just minutes into tonight’s The One Show, Rylan couldn’t help but point out the bright pink trousers that Alex was wearing. Alex, who introduced the BBC programme, sat casually on the sofa donning a pair of fuchsia-coloured trousers with a pale pink jumper. However, poor Alex was left red-faced when Rylan pointed out the striking colour of her Wednesday evening outfit choice.

Introducing the programme, Alex began: “Hello there and welcome to your Wednesday’s The One Show with Rylan Clark-Neal.”

“And the lovely Alex Jones,” Rylan chipped in.

“Oh, you’ve got on the pink trousers today,” he added right away. “I like them.”

Alex pointed out the comfort of the ensemble as she responded: “Elasticated waist.” 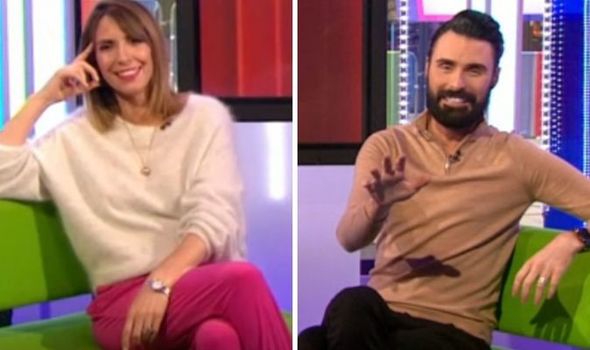 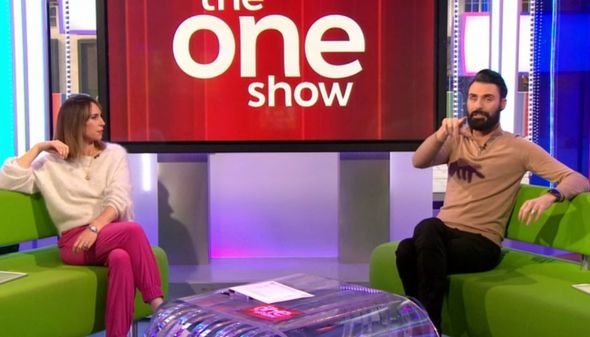 After sharing a giggle at Alex’s unconventional wardrobe choice, Rylan reassured her: “That is a cute outfit.”

Alex, who is currently pregnant with her third child, has been showing off her blossoming baby bump on-screen in a number of fabulous ensembles over the past few weeks, and Wednesday was no different. 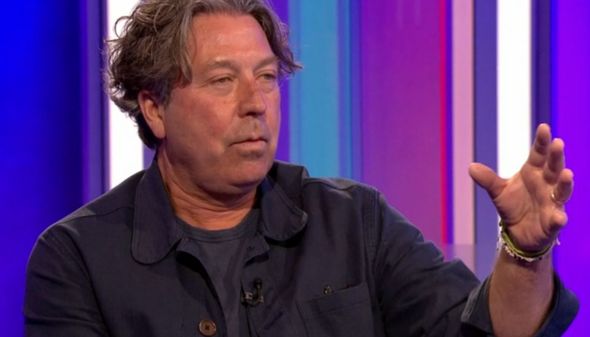 Elsewhere on the programme, Alex and Rylan welcomed John Torode and Gregg Wallace to talk about tonight’s Masterchef final.

John appeared in the BBC studio for the interview while Gregg sat comfortably at home as he appeared via video link.

Kicking off the chat, Alex quizzed the judges on how tense things got in the kitchen in the final.

“I think for everybody it’s tense,” John explained. “It’s not just about the three [contestants], and Rylan, you’ve been there you know what it is like.”

He continued: “They take it very seriously and there’s a huge amount of atmosphere in there, there’s a build-up.

“The tension is there but there’s a great excitement about it. It’s just an amazing event and everybody is so ready to just go for it.

“And the three of them, it’s the only time really in the competition where they cook three courses. They cook a starter, a main and a dessert so the energy levels are enormous.

“But it is a fantastic final and this year an amazing final.”

Rylan went on to question Gregg on how hard it is to keep the winner’s identity a secret because the show is filmed in advance.

Gregg admitted that he won’t even tell his mum who has won the competition.

“Mate, that is the most asked question to everyone I meet,” Gregg laughed.

“My mum nags me every single year, every series and I never slip up. I don’t suppose John does either.

Addressing the high standard between the contestants John concluded: “We had lockdown and people had time to stop and think and be courageous and go out and really explore.

“The level of food has been incredible.”