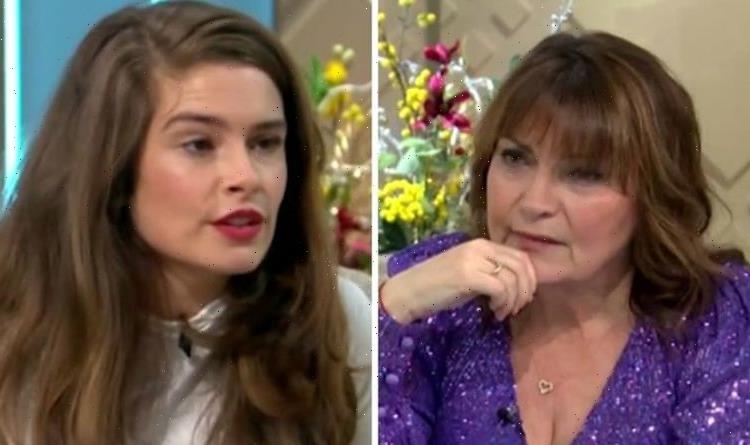 Rachel Shenton, who plays Helen Helen Alderson in Channel 5 drama All Creatures Great and Small, detailed how her father Geoff lost his hearing when she was a child during Friday’s instalment of Lorraine. The Oscar-winning actress explained to Lorraine Kelly her father turned deaf “almost overnight” following chemotherapy for throat cancer. He passed away two years later and Rachel has become committed to raising deaf awareness.

Lorraine, 62, spoke to Rachel about winning the Oscar for Best Live Action Short Academy Award in 2018 for The Silent child.

The moving 20-minute film is about a young girl who is deaf and cannot communicate with her family, who can all hear.

Lorraine told the award-winning actress: “I remember watching that and I was so pleased for you, it was great.

“It was the short film The Silent Child and how did this all come about? Your dad went deaf after cancer treatment didn’t he?”

The 33-year-old Oscar winner replied: “Yes, that’s right. My dad had throat cancer and it was diagnosed quite late.

She continued: “And one of the side effects was losing his hearing completely.

“It happened, kind of almost, overnight so I saw what a massive impact that has on a family.

“I was always doing plays and going off and doing things at school and in drama and he was no longer able to watch those things.

“I guess it’s the things you take for granted, really, that became difficult.”

The Hollyoaks star was just 12 years old when her father lost his hearing following his treatment.

He died when Rachel was 14 years old, but by then she was learning sign language and it became a coping mechanism for her as she mourned.

DON’T MISS…
All Creatures Great and Small’s Helen star details what she misses [INSIGHT]
At home Tricki Woo is just one of many creatures great and small [LATEST]
ACGAS: What happened to Siegfried Farnon’s real wife? [EXPLAINER]

Rachel became an ambassador for the National Deaf Children’s Society in the UK in 2010 and is committed to raising hearing loss awareness.

During her interview, she praised Strictly Come Dancing contestant Rose Ayling-Ellis, 27, for making it through to the final.

Rachel admitted she wants the deaf EastEnders actress to win the series with her pro partner Giovanni Pernice.

She said: “Rose is brilliant, isn’t she? Just the representation. I think she’ll do it.”

Rachel will be returning to screens over the festive period for the All Creatures Great and Small Christmas special.

The special picks up after Helen and James Herriot’s (played by Nicholas Ralph) engagement and viewers will see how they are enjoying their new life together.

However, they will face the difficult decision of deciding where they will be spending Christmas Day.

The highly-anticipated episode will air on Christmas Eve on Channel 5, at 9pm.